Another horrifying accident of Mick Schumacher

Either the German doesn’t like the street tracks or they don’t like him; it’s certainly been his second huge accident this year. 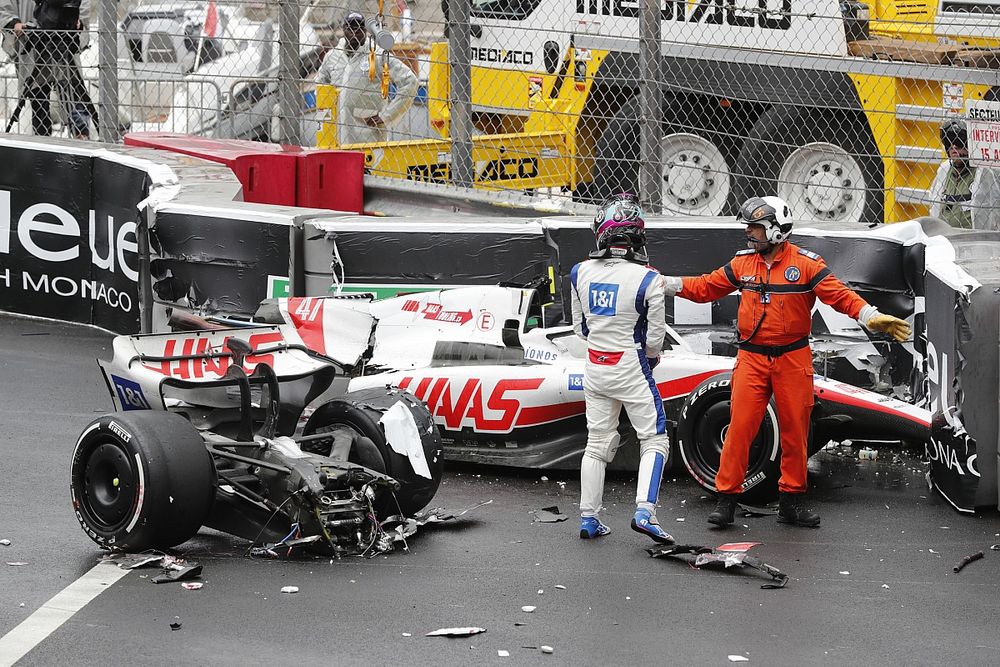 Horrifying in every way

The accident was frightening. Luckily, unlike in Jeddah, it soon turned out that everything was fine with the German driver, even though the car was much more damaged; the Haas broke in two pieces.

After it was revealed that no personal injury had happened, clearing of the wreckage began. It certainly seemed that there was far more damage than in Jeddah. That scared the team even more. The Haas which has only been heard lately that they have had serious financial problems. In sight of that, the case seems even more serious for the team.

Speculation about the Mick began immediately after the incident, more precisely, the rumors before the weekend became louder. There are a lot of different theories but one thing seems more and more certain: Mick Schumacher isn’t really worth it to Haas anymore.

He brings two very important things to the team: the close Ferrari connection and the hype with his last name, along with sponsors. Both are basic necessities for Haas which is on shaky legs. There is no doubt that the closer Ferrari connection is the key to build such a good car. Just as it is essential to collect all the money in their position.

According to the latest rumours, Mick Schumacher could have a chance at Aston Martin. Recently, there are more and more applicants for Sebastian Vettel’s possible retirement. How his team change would be, well, it’s quite uncertain for now, however it is clear that the team won’t forgive this year’s poor and costly performance for long.