Its sprint qualifying day in Spielberg international circuit. Every team is working for the last moment performance boost ahead. We took a glimpse of each garage ahead of the session. 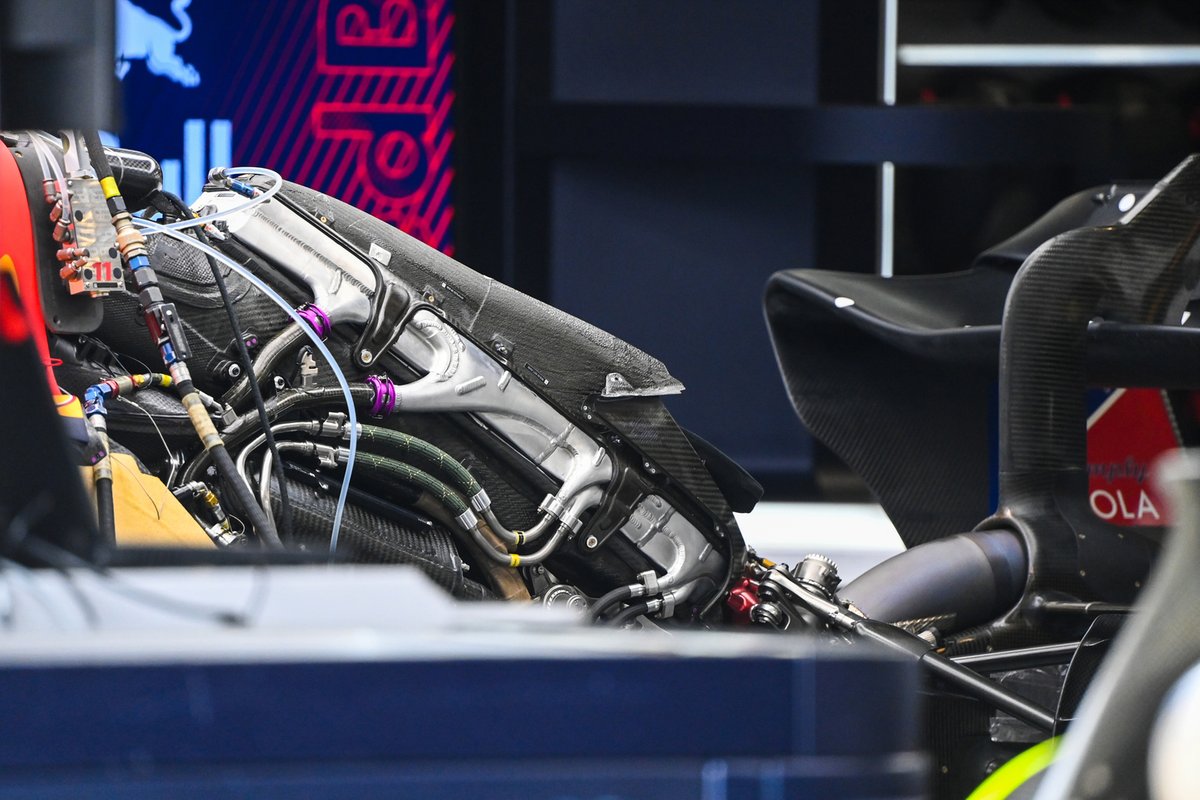 Not every team were seen with new upgrades. Everyone already brought the major upgrade packages in Silverstone.

Mercedes is rolling out their 2022 upgrade packages every race. After Silverstone we could see some more changes to their car before Austrian GP. 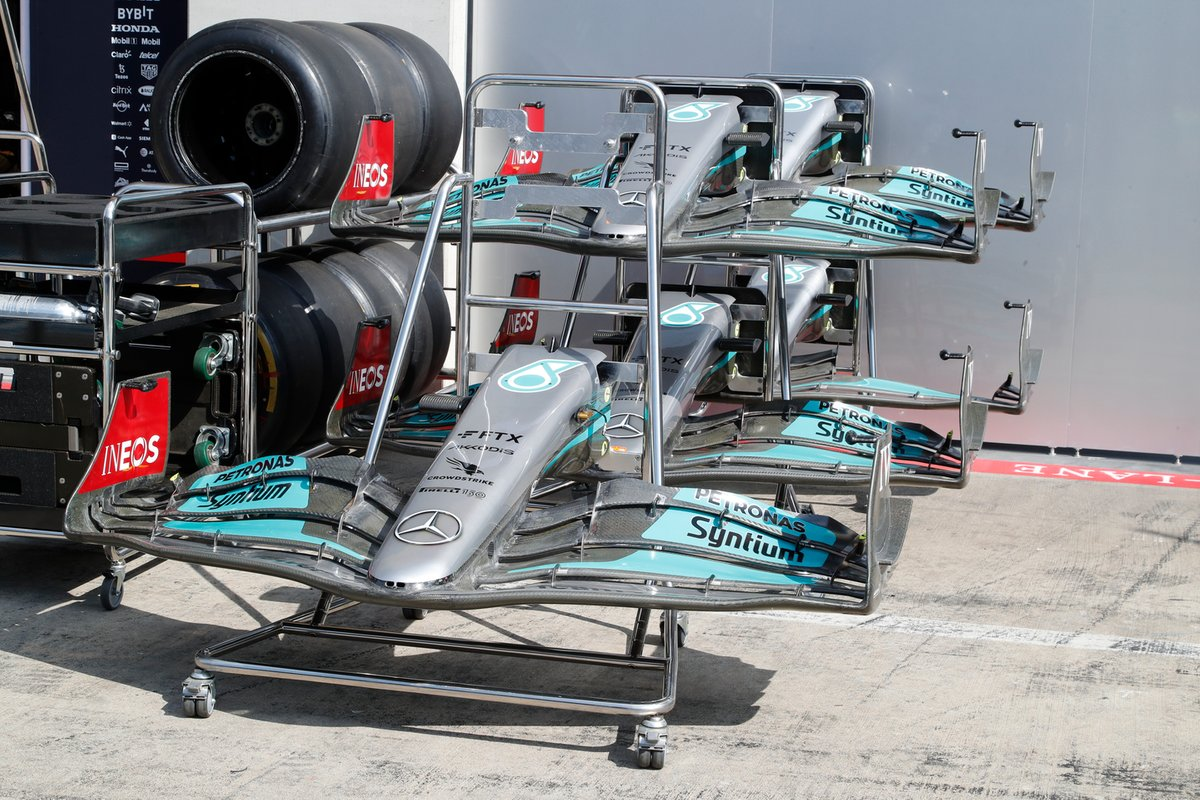 The front wing endplate diveplane remains in the lower position it was mounted in Silverstone. Also note the adjuster, which is mounted in the outboard section with the intent of offering some aerodynamic service. 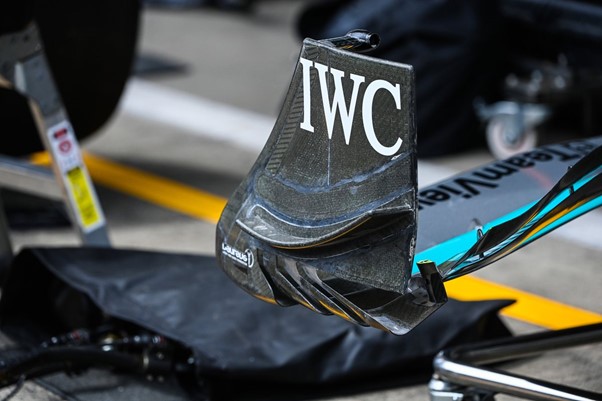 It appears that Mercedes has changed tack with the design of the front brake drum, switching from a closed variant to a design more intent on allowing airflow to have the capacity to move around in the void between it and the wheel rim. This will also allow for an interchange of heat between brakes and wheel rim, 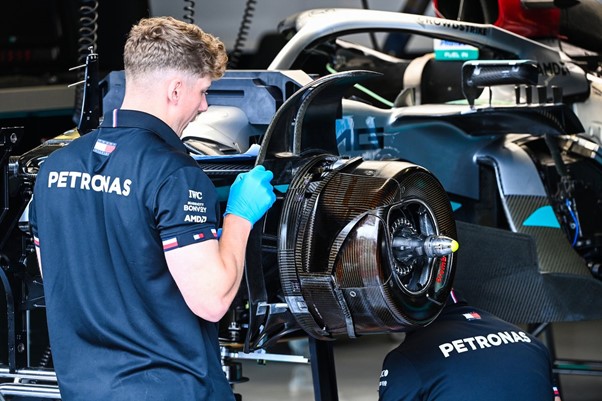 Red Bull hasn’t brought any big upgrades for the GP yet, but there is plenty of time depending on track condition. The only notable feature we could see is the wider rear wing. Which is not much of a surprise since this track requires high downforce. 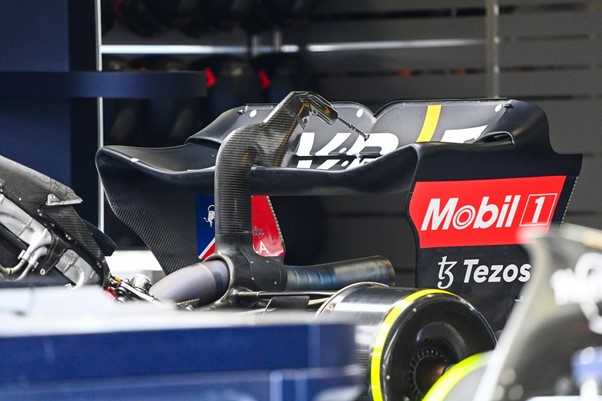 Ferrari haven’t brought anything different from what we saw in Silverstone. 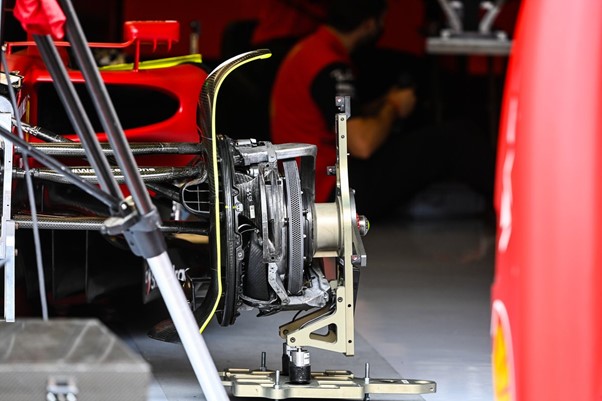 We can see the front brake without brake drum attached. 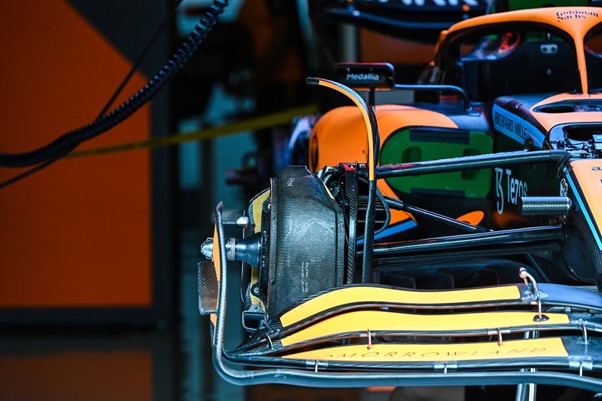 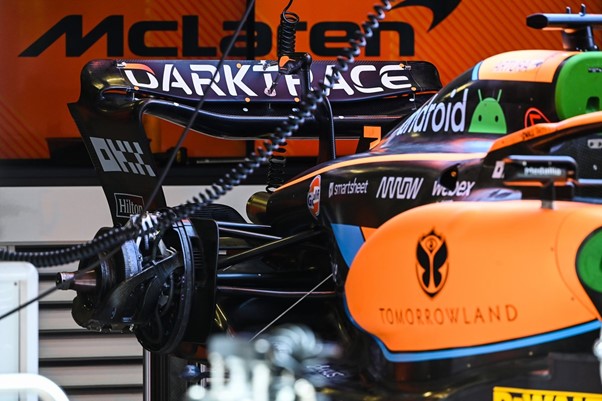 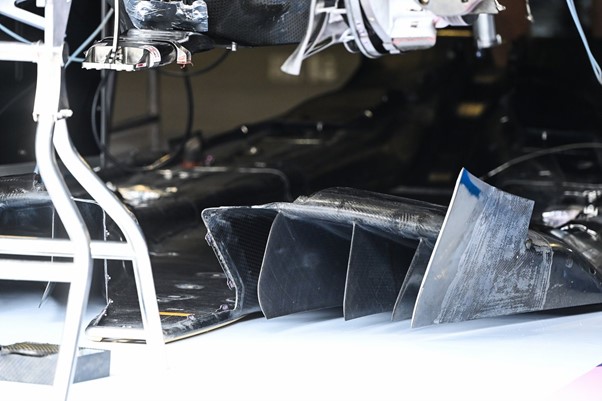 A great shot of the Alpine floor and the strakes that are arranged on the leading edge of the tunnel. 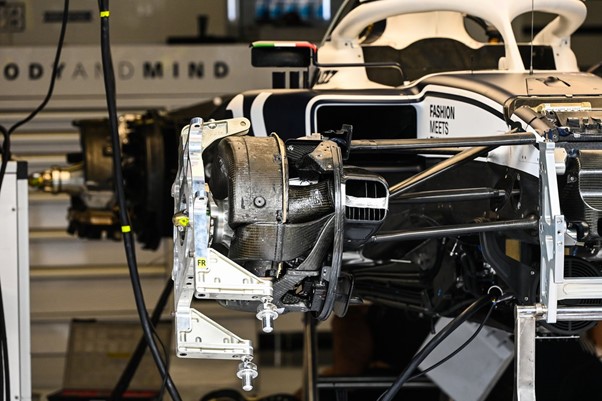 Side of the AT03’s front brake assembly shows the brake disc fairing and the pipework that’s delivering cool air to the rest of the components. 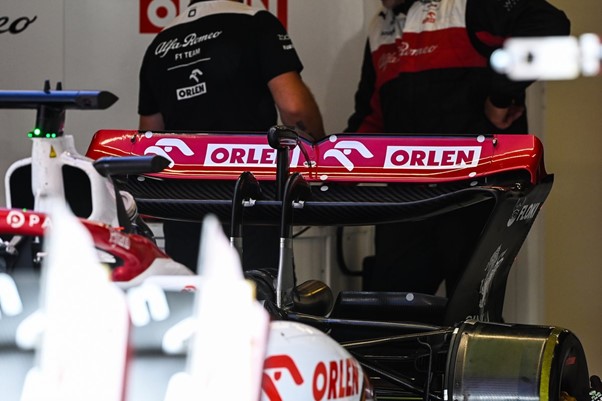 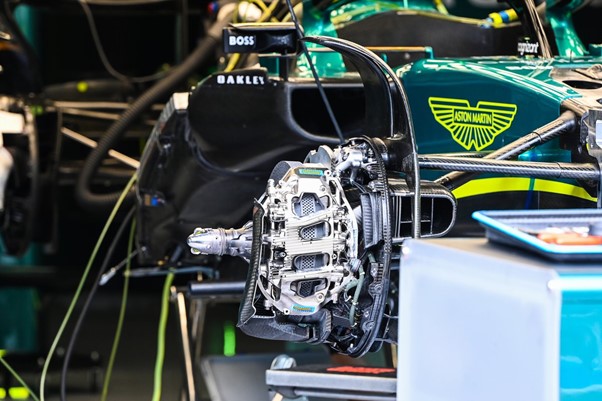 Following Albon’s crash in Silverstone, Williams team is now cautious about budget. Which means their other driver Latifi will have to wait further for the upgrades.