Bernie Ecclestone: His comments on Putin and Racism

The former owner of F1, Bernie Ecclestone was giving an interview on ITV's Good Morning Britain show. Where he said "I would take a bullet(for Putin)". He also said about Lewis Hamilton, that he should: "brush aside" while talking about the racism he's been facing. 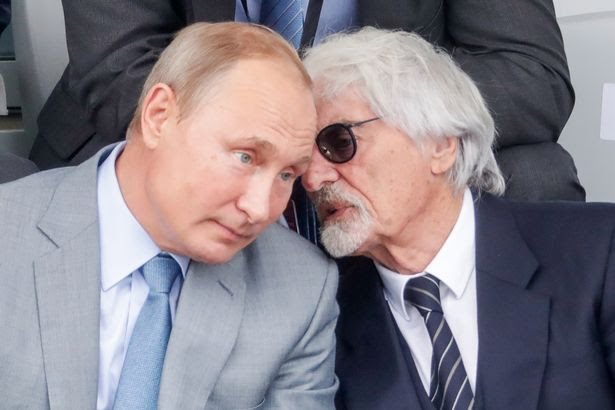 Just when everyone thought a bad PR week for F1 couldn't get much worse. Dear, oh dear Bernie Ecclestone went from growing F1 into unimaginable heights to growing into a smoking gun PR disaster every time he goves some sort of an interview. He has now been dubbed by many as the Rudy Giuliani of Formula 1.

Former F1 owner Bernie Ecclestone who is now 91 years old and has a net worth of USD 3 Billion defended Vladimir Putin over the war in Ukraine, saying he would "take a bullet" for the Russian President, while also claiming Lewis Hamilton "should be happy" that Nelson Piquet apologised for his use of a racial slur.

Appearing on ITV's Good Morning Britain on Thursday morning, Ecclestone came out in defence of Putin, saying he "believed he (Putin) was doing the right thing for Russia", and blamed Ukrainian president Volodymyr Zelenskyy for failing to engage in dialogue with his counterpart. 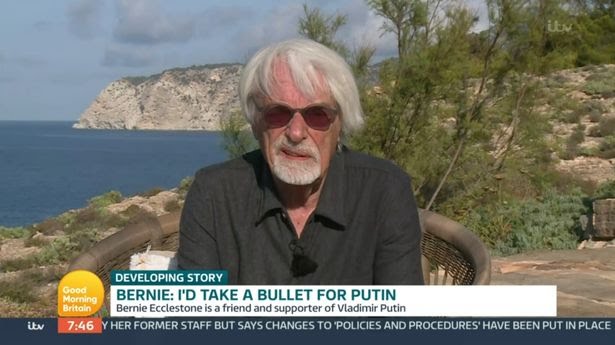 Formula1 quickly distanced itself from the remarks in a statement which read: "The comments made by Bernie Ecclestone are his personal views and are in very stark contrast to position of the modern values of our sport"

Ecclestone built up a relationship with Putin when they were establishing the Russian grand prix in the Black Sea resort of Sochi in 2014. In 2016, Ecclestone was criticised for saying Putin was "The guy who should run Europe"

During his interview on Good Morning Britain, Ecclestone said:

" Unfortunately he's like a lot of business people, certainly like me, that we make mistakes from time to time and when you make the mistake, you have to do the best you can to get out of it.

I think if he'd thought about things, he would definitely have made a big enough effort to speak to Putin, who is a sensible person, and would have listened to him and could have probably done something about it. " 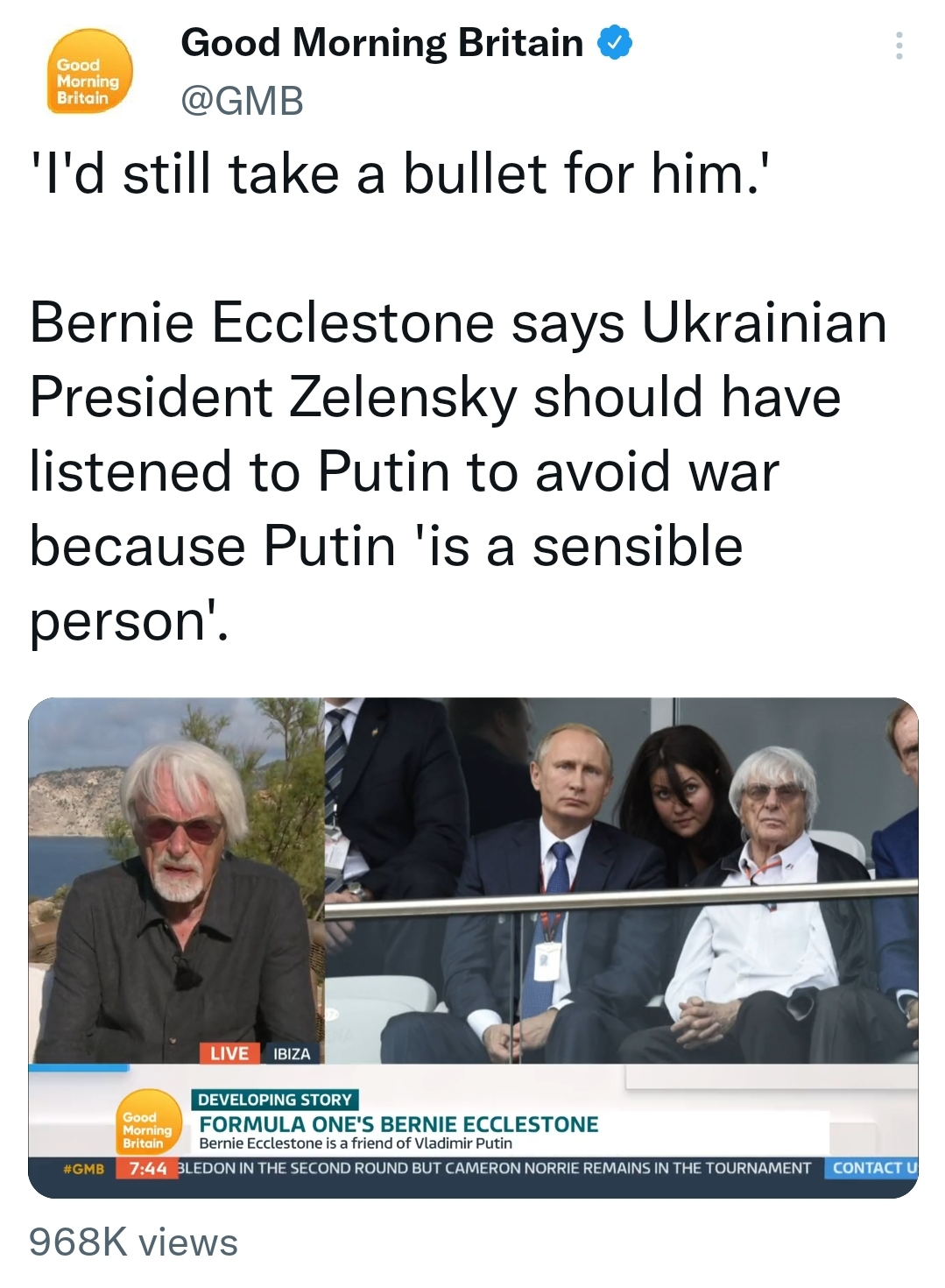 When he was asked that the Russian special operation in Ukraine had claimed the lives of many on both sides, Ecclestone simply replied: "It wasn't intentional". Ecclestone then said, "Look at the times America has moved into different countries which is nothing to do with America"

Ecclestone' comments on the use of racist language by Nelson Piquet:

When asked about Piquet's use of a racial slur in reference to Hamilton, Ecclestone claimed that Hamilton should be "happy" that he has received an apology and should just "brush aside" the remark. 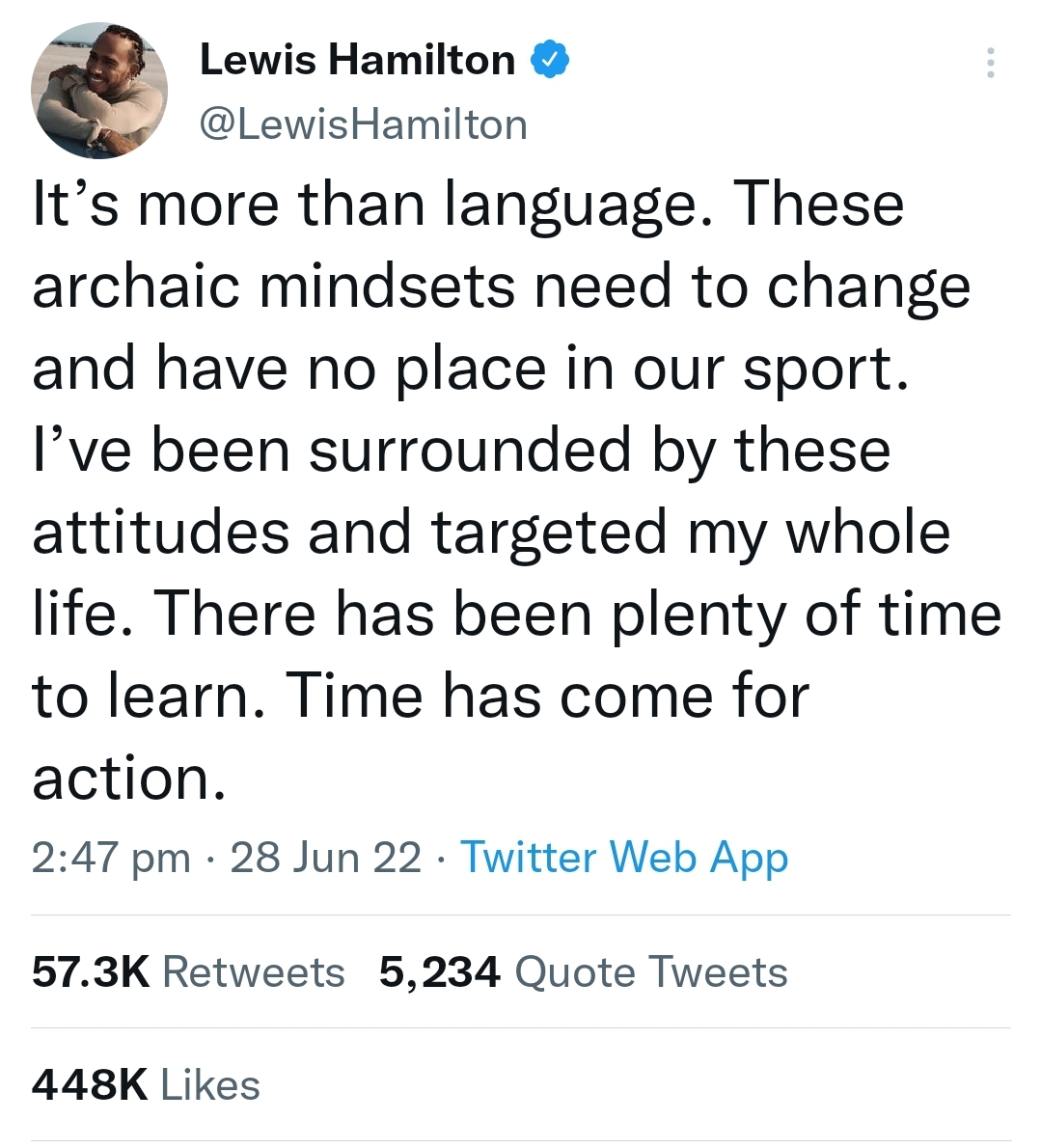 Ecclestone then went on to say:

" I've known Nelson for an awful long time. I was with him a couple of weeks ago. It's not the sort of thing Nelson would say meaning something bad.

Nelson would never go out of his way to say anything bad, certainly. I think what probably happened, knowing Nelson as I know him, as his daughter is the girlfriend of Max Verstappen, probably after seeing the accident, he probably exploded and carried that forward.

Well it's probably not appropriate with us, but probably it isn't something terrible that happens if you said that in Brazil "

He further went on to say:

" I'm surprised Lewis hasn't just brushed it aside or better than that, replied. But Nelson has apologised so everyone should be happy. " 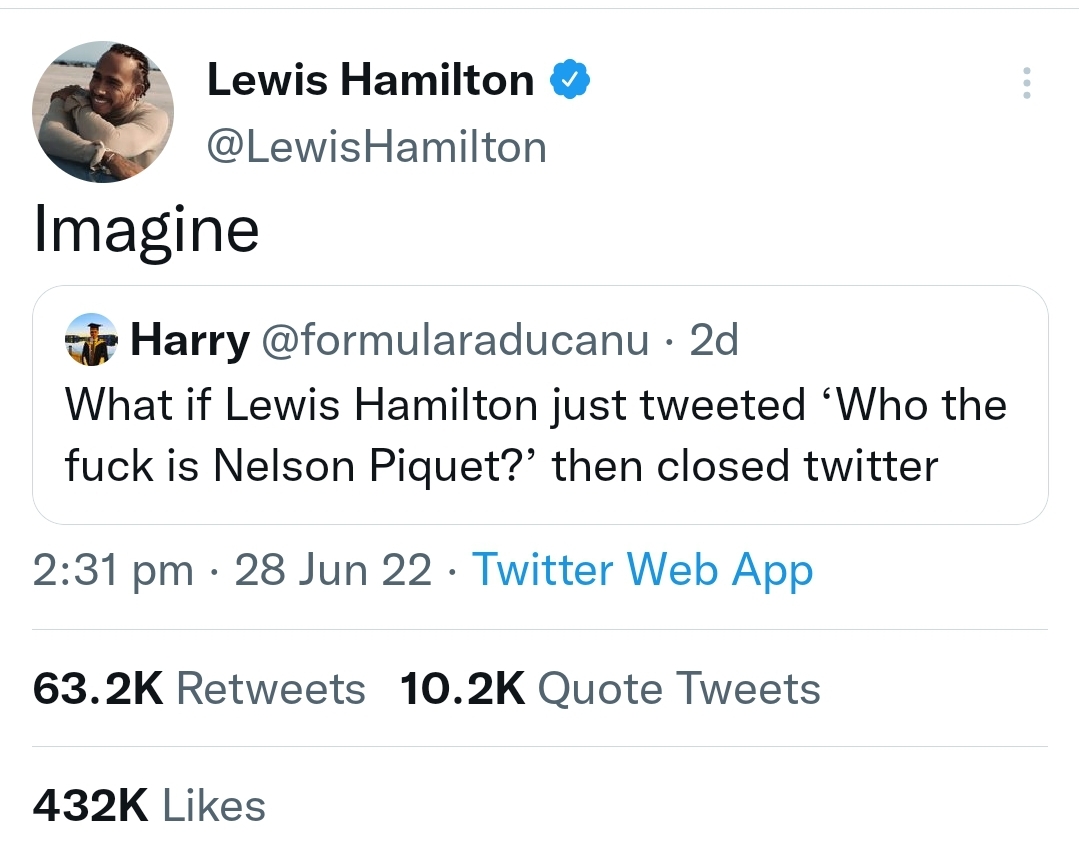