Instead of expected red flags, two red cars in the front row in front of Max Verstappen. 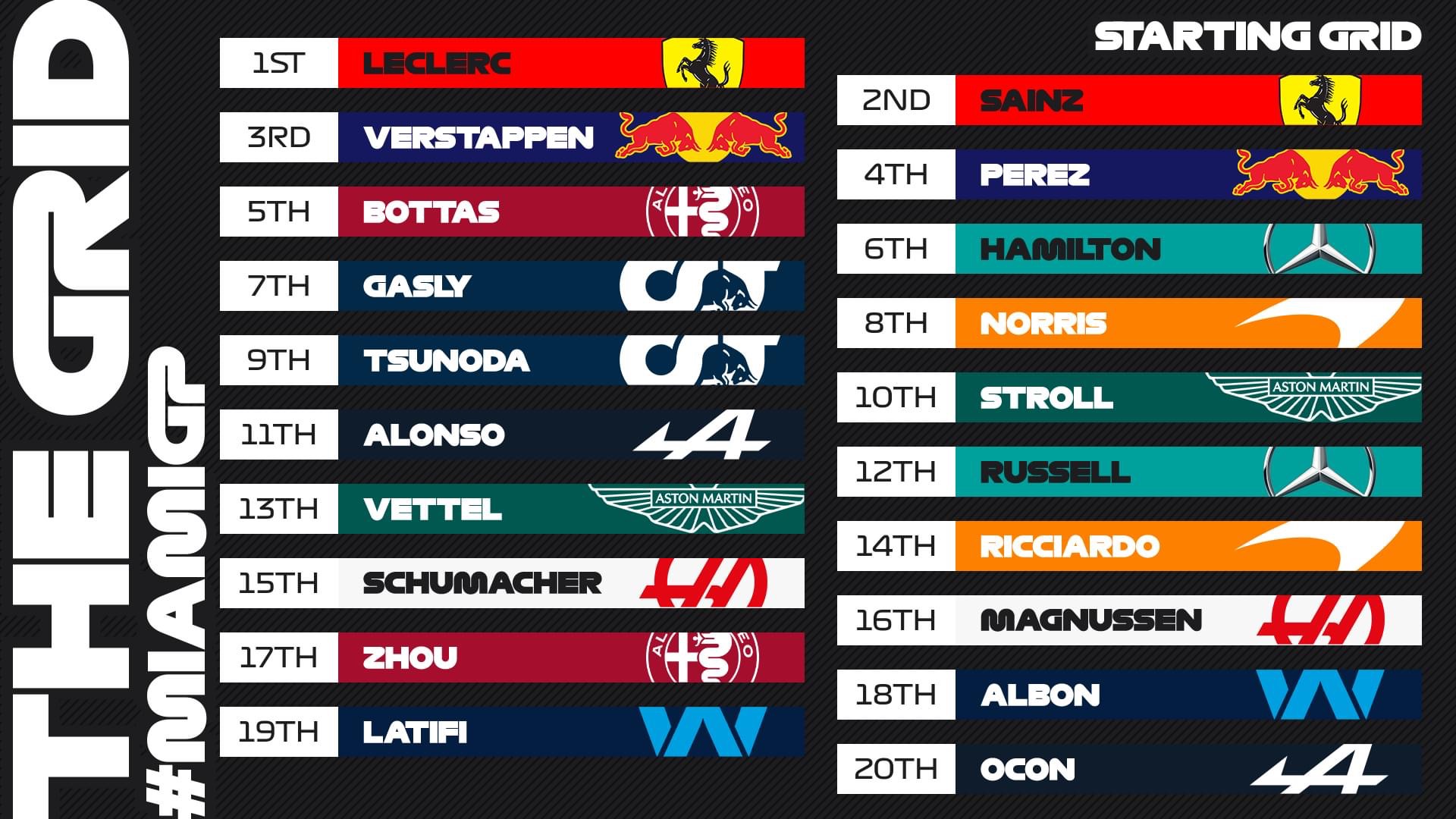 After two and a half years, Ferrari qualified again in the front row.  The team and Charles Leclerc scored the 3rd pole of the year.  However, one and a half day of sweaty and sparkling events has led them here.

As it has become usual this year, close and great battles have been seen in every part of the grid. Of course, everyone was the most curious about the events of Q3, but several things happened earlier as well, from which exciting conclusions can be drawn.

It all started with the fact that nothing could have been started for Esteban Ocon as he had made a huge mistake during FP3 and he seriously crashed the car.

One of the most asked questions before the weekend was about maximum speed.  The first real answer was given by Max Vertappen, whose top speed has reached 342 km / h. From this it can be concluded that not only the track was successfully made but also that Red Bull has approximately an advantage of 0.7 seconds in straights.

Free practice seemed encouraging to Mercedes. They have brought a major development package that could speed up cars and reduce the unbearable bouncing. The weaker “dolphin-effect” was absolutely noticeable on Friday, but the problem has returned on the Quali. In contrast, the performance of Aston Martin and McLaren clearly showed improvement.

The non-starting Ocon, weak Williams’ and for everyone’s biggest surprise Magnussen and Guanyu Zou was out of Q1.

In Q2, the battle of the top teams continued, just as the aforementioned moving forward of McLaren and Aston Martin. Yet, not everyone could be happy at these teams. Overall, Ricciardo was once again defeated by Norris, in addition he would have had the chance for top 6 with a promising car. Vettel was also out of Q2 after he had made a mistake on his flying lap, however his car also could have been competitive.

The most disappointed, though, was not from them, but Russell. Even though the bouncing is still terrible, the improvements have started to work. More could have been achieved with more focus and more luck. Though, Alonso and Mick Schumacher outperformed their teammates, yet they cannot be satisfied with Q2. But if the settings will work well in the race, they have a chance to finish in the top 10.

The identities of the participants are usually the same, but the outcome is constantly changing during these Q3 battles. There were two protagonists in Miami, Leclerc and Verstappen. Again, Sainz and Perez only starred as supporting actors. The previous day's calculated prediction is roughly 0.01 seconds. In reality, this is approximately 0.06 seconds in favor of Ferrari. After the first try, closely, but the Dutch led the two Ferraris ahead. At the last chance, he made a mistake and gave the lap up, while Sainz and Leclerc could improve significantly and the first row has been achieved.

Just as very good positions from others. Stroll finished 10th, which is a really encouraging and positive result for Aston Martin. Finally, both Apha Tauri could compete for top 10 positions.

Perhaps Norris has been the least happy.  Although, the car didn’t work as good as it seemed for a long time, it was more than a 8th place on the grid for him.

The most ironic result was achieved by the Bottas-Hamilton duo. The former teammates ran in one after the other. However, not in the more likely Hamilton then Bottas order, but the opposite.  This is more embarrassing for the British, Bottas is probably happy about it, perhaps he has even said his well-known sentence about whom it may concern…

An interesting race is in sight. Chasing between the walls.