Who unexpectedly showed high speed, and who is very disappointed with their result? 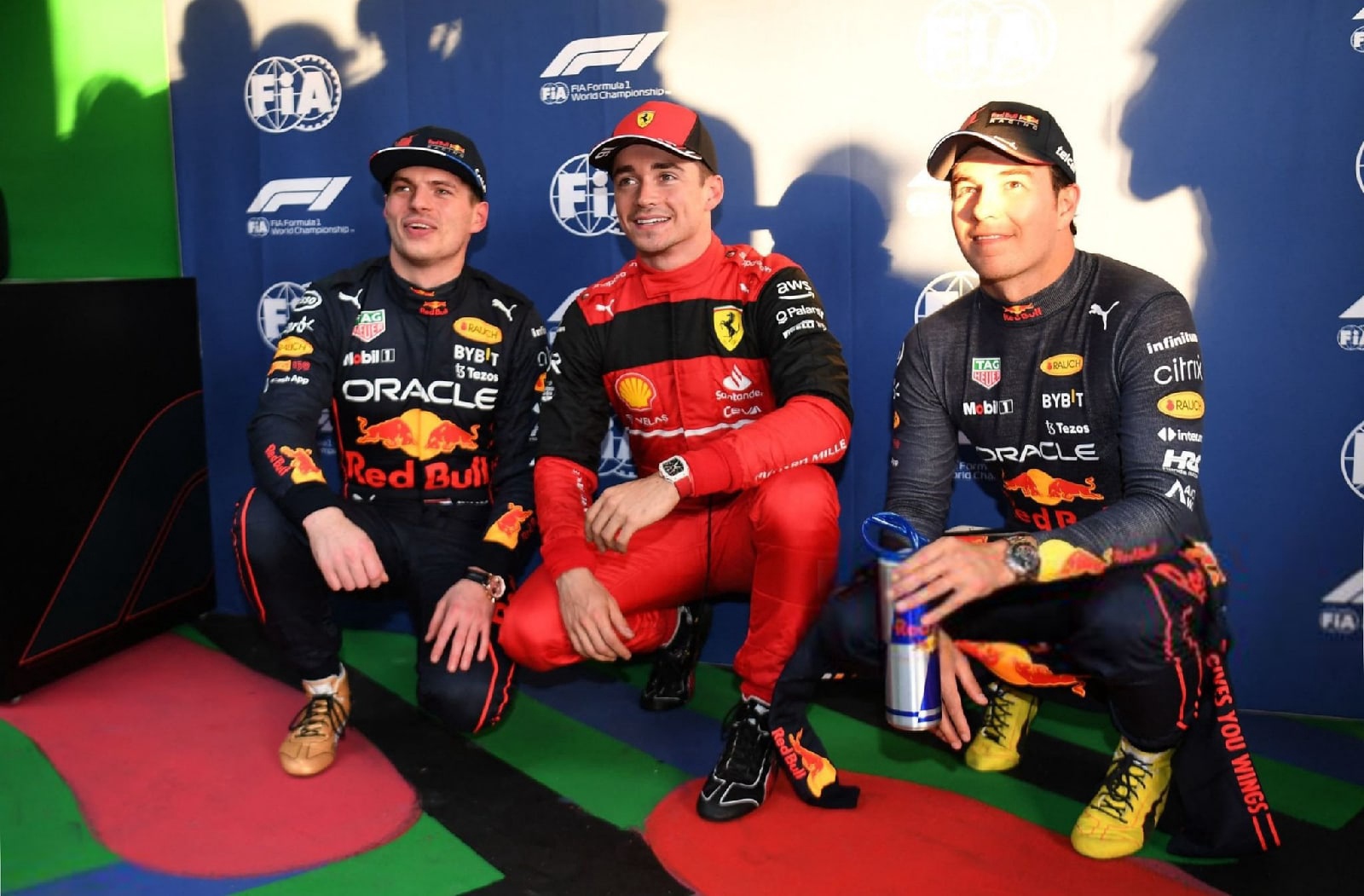 Race in Australia, exciting isn't it?

Qualification took place early this morning, which will affect the starting positions tomorrow. Here are the results 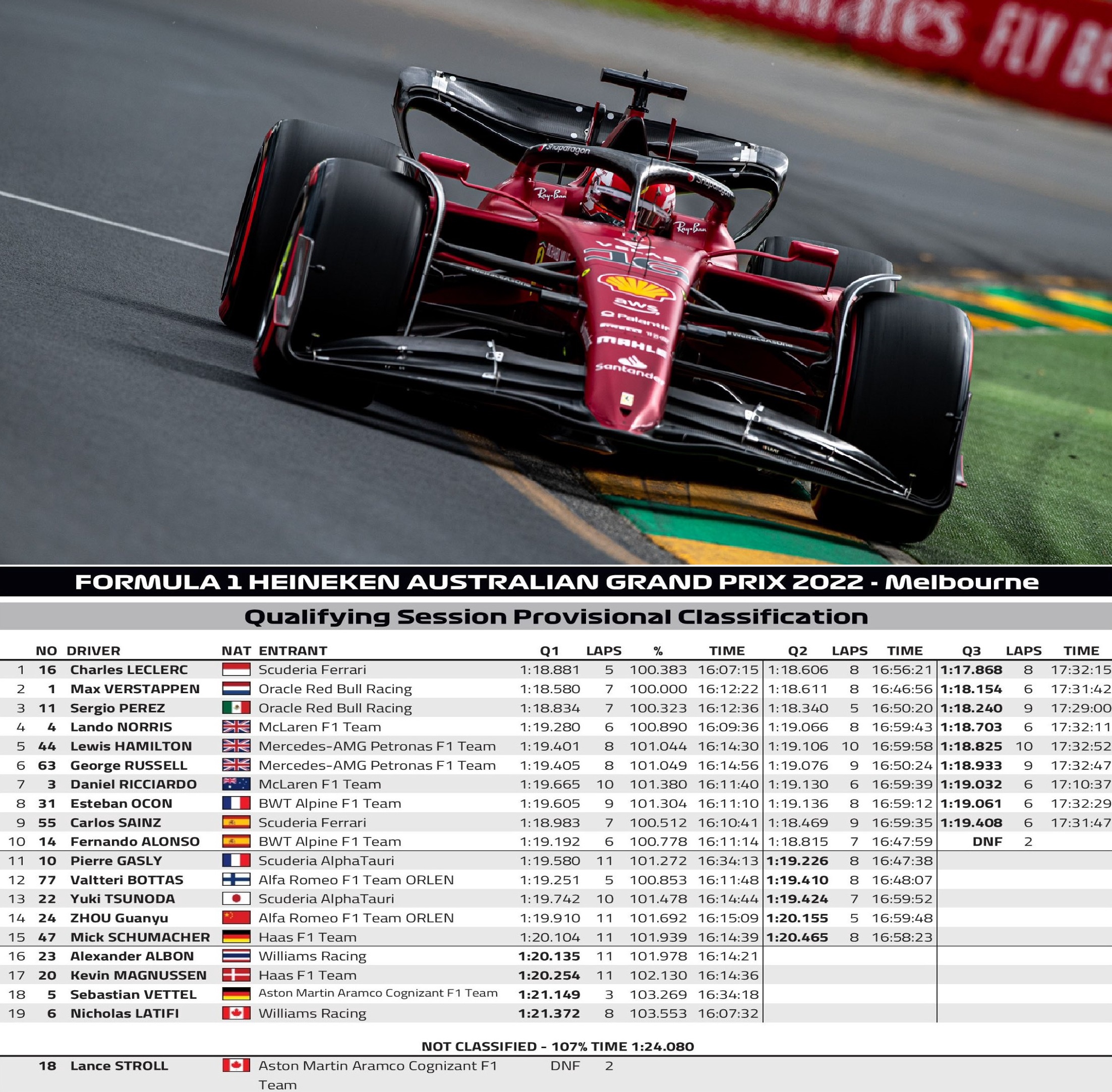 It all started with a serious accident between Aston Martin driver Lance Stroll and Williams driver Nicholas Latifi.

It is difficult to understand who is to blame for the accident, but we can say for sure that these two drivers are angry at each other, because they could compete for places in the second segment.

"I have just watched the video of the incident, and everything is clear to me personally. Stroll turned the steering wheel in my direction as our cars drew level. There's not much I can add to that.

I was asked to skip him as he was preparing for a fast lap. Then I saw that he refused it and slowed down. Then I decided to continue my preparatory lap, there was a lot of space on the track, and I wanted to overtake the Aston Martin car, but for some reason Stroll decided to turn the steering wheel in my direction. The video shows it all” - Nicholas Latifi 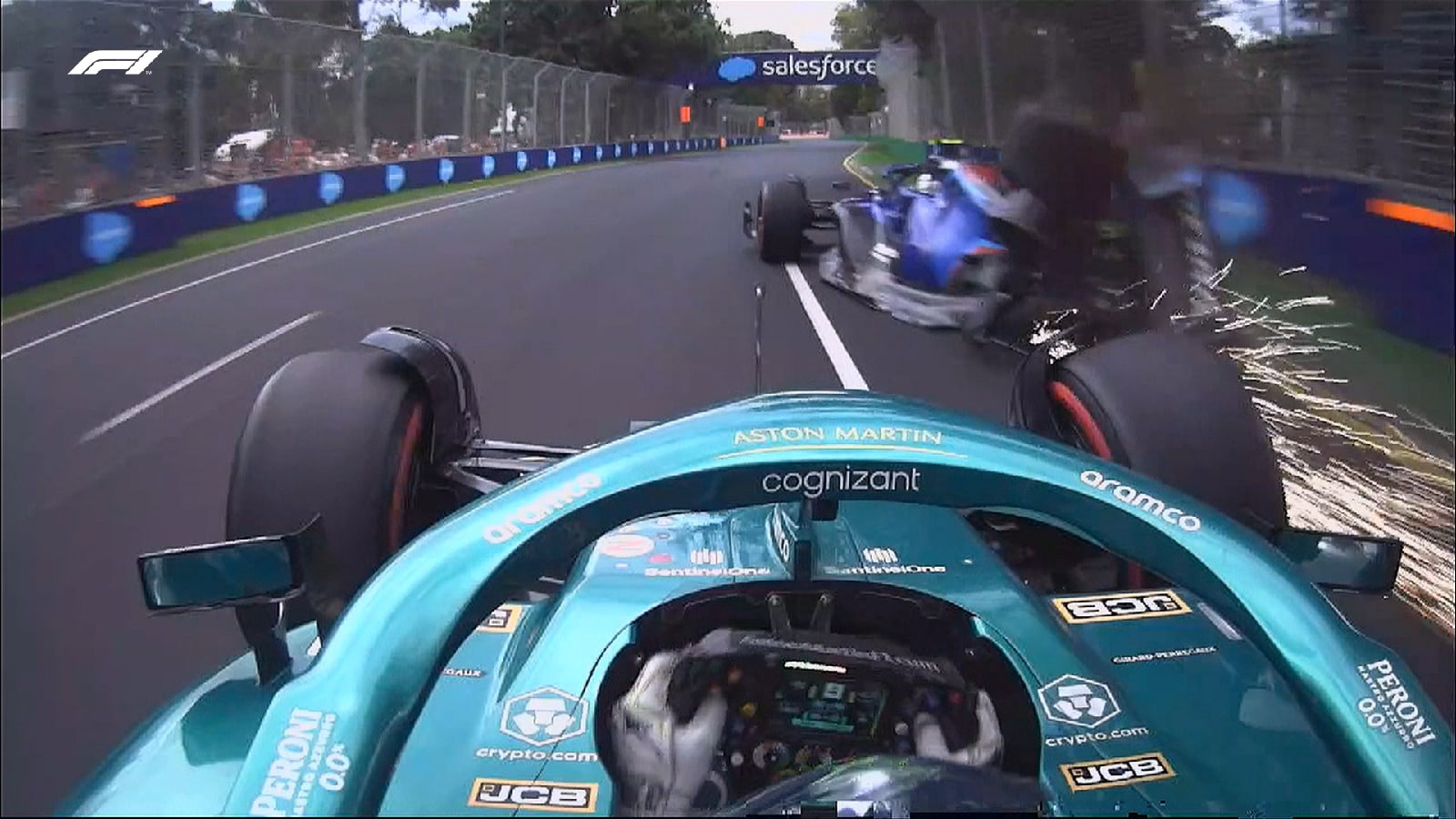 In general, there were no surprises in the third segment, two Aston Martin drivers, two Williams drivers and a Haas driver Kevin Magnussen did not pass.

In the second segment, surprise one, two Alfa Tauri drivers did not make it to the third segment, as well as two Alfa Romeo and Mick Schumacher. It really hurts to see Bottas not in q3, because this is the first time in many years when he did not get into the third segment. It's a pity, but we hope he comes back stronger.

The third segment, the most interesting.

Third segment started with the accident of Alpine driver Fernando Alonso, who showed a great lap before the collision. Everything is fine with the driver and the session soon started anew. 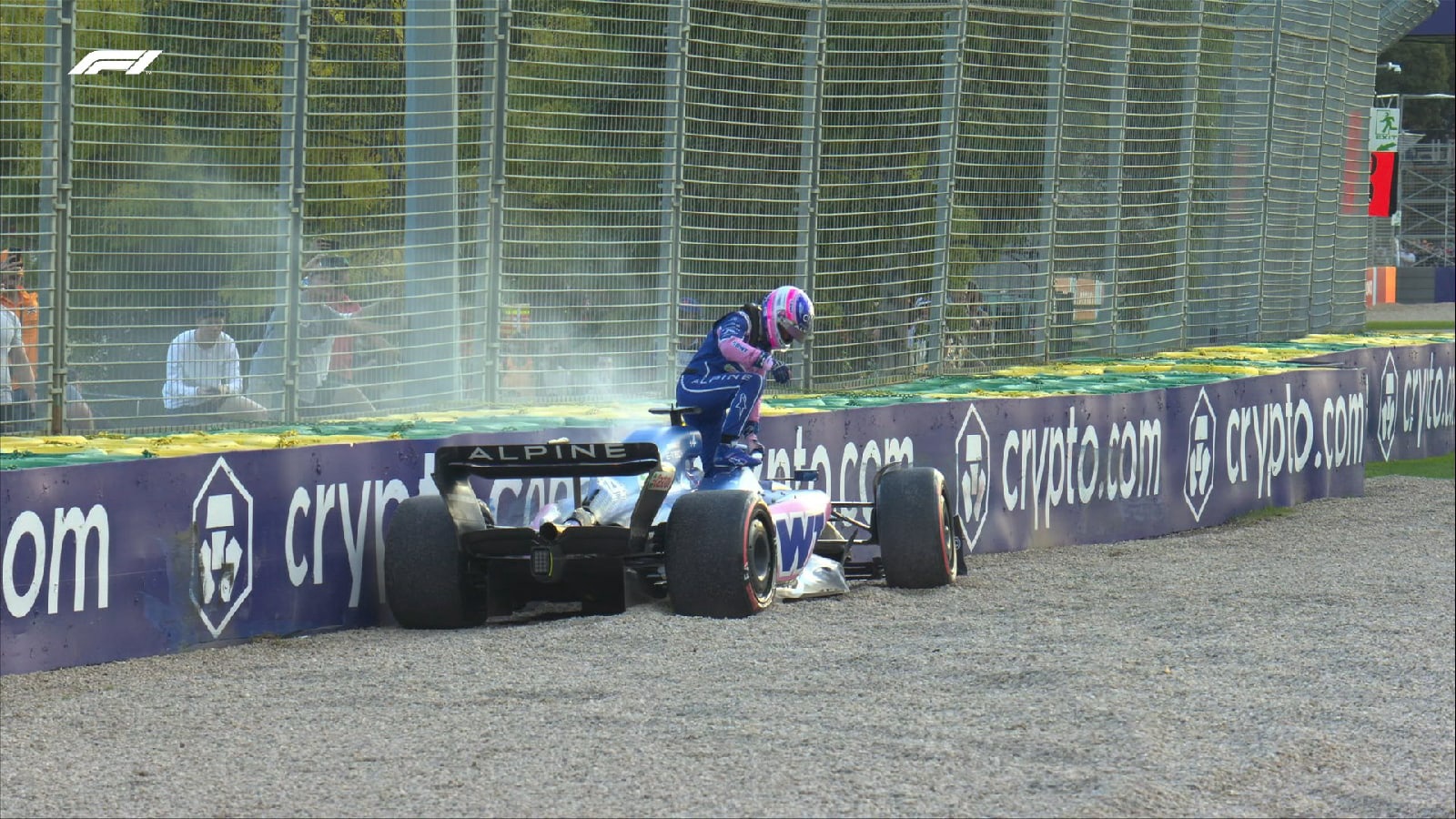 Throughout qualifying, there was an almost equal fight between Ferrari driver Charles Leclerc and Red Bull driver Max Verstappen but Charles won, the second pole position for his team this season, what a great result!

Max Verstappen and Sergio Perez won the second and third positions respectively, which is not particularly surprising, red bull was fast here and could easily compete for pole.

But then, in the fourth position, something amazing this season, although last season we perceived it as commonplace. Lando Norris won the fourth place for the McLaren team, showing everyone that McLaren is slowly returning to the fight for podiums and high places! 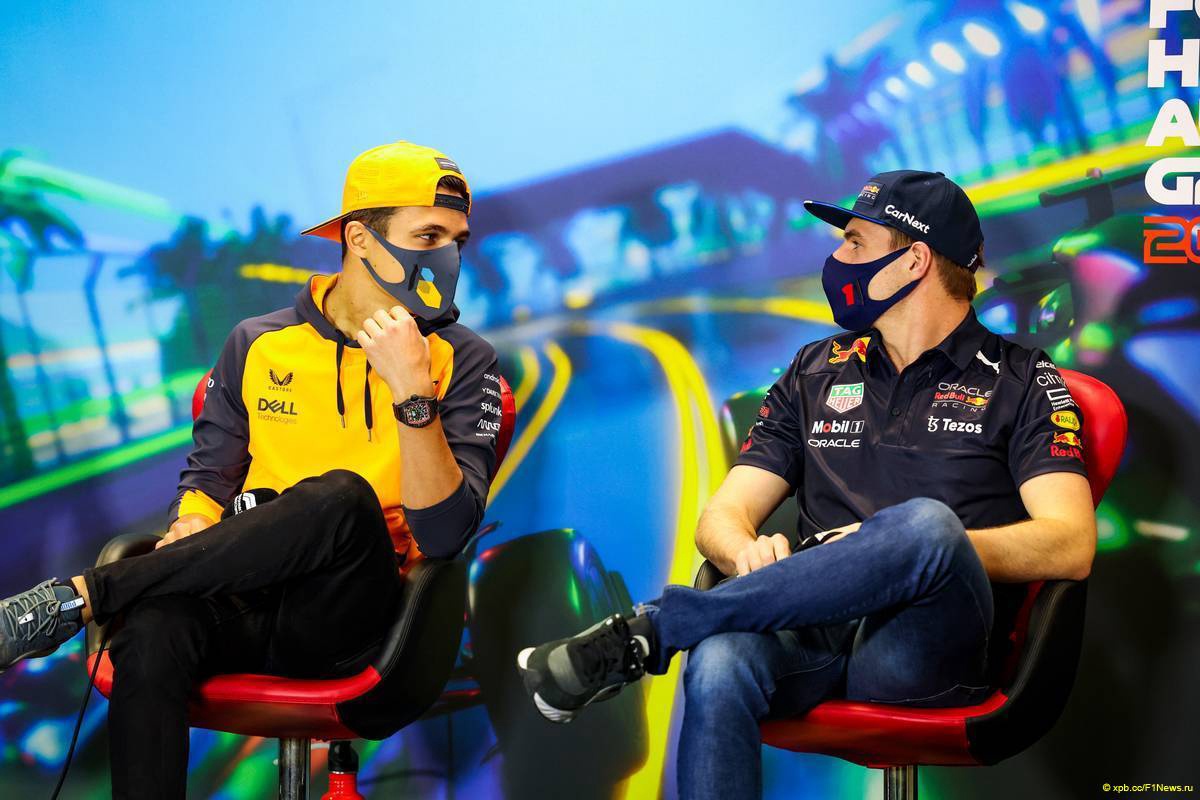 Amazing speed and amazing talent from Lando Norris, we hope there will be a fight for the podium tomorrow! His teammate Daniel Ricciardo also surprised the fans by placing in 7th place, which is his highest starting position this season. Great speed, tomorrow it will be interesting to see what these two drivers can do!

"In Bahrain, we barely got out of the first part of qualifying, in Saudi Arabia we did not make it to the final, and today we were quite high. We have made some progress, but the main reason is that this track suits us more than the rivals.

Mercedes racers start behind me. It's been a long time since George Russell and I fought in Formula 2. I look forward to continuing. I hope we will be able to compete with Mercedes in several races this year, but they usually have a higher race pace. But today we were fast, I hope it will be the same tomorrow" - Lando Norris.

"Overall, I'm happy with how this weekend is shaping up. The only mistake I made was just on the last fast lap, when I couldn't get the most out of a new set of tires and drove almost a second slower than before.

There are several fast cars around us on the starting field, but Mercedes racers are starting in front of me, this team is not in the best shape yet – I hope we can compete with them. I'm sure we'll be fine tomorrow” - Daniel Ricciardo. 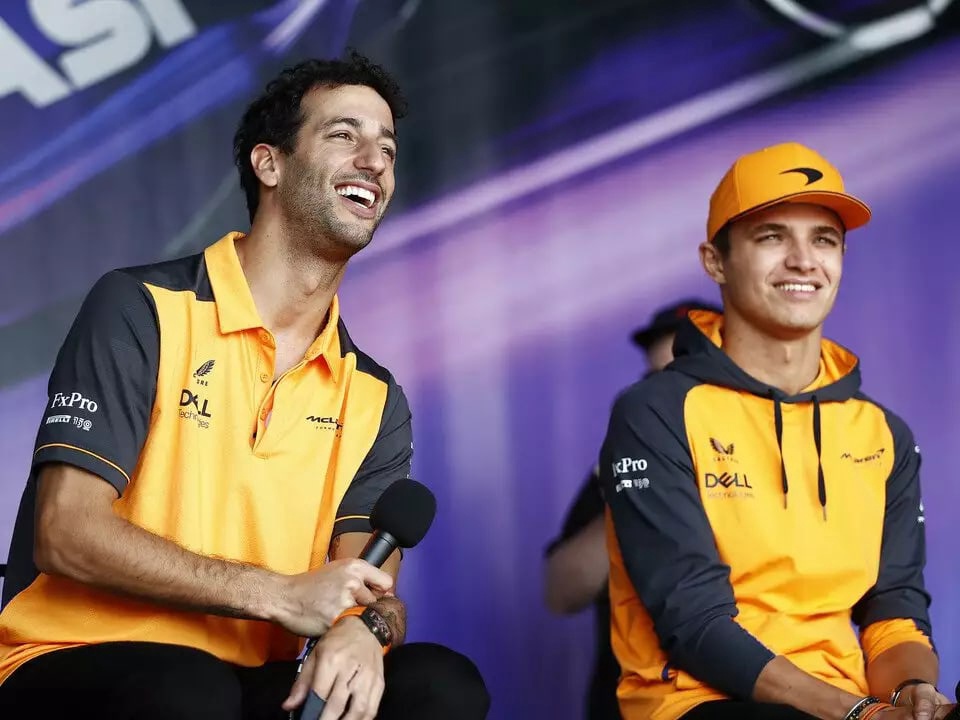 Two Mercedes drivers Lewis Hamilton and George Russell surprised fans not so much with their speed, but on the contrary, with problems with the car. Fifth and Sixth place on the starting grid, it will be interesting to see their fight among themselves.

And finally, where is the other Ferrari driver Carlos Sainz? Eighth position, which is very surprising for him, because this is the first time in the season when this driver is not in the top three. Ferrari's speed is high here, we hope he will compete for the podium tomorrow.

"There was a problem with the starter. The car could not be started, as a result, I left for the highway three minutes later than we had planned. I had to hurry to catch a fast lap, I couldn't warm up the tires properly and drove the attempt on cold tires. It was terrible. In the qualifying final, everything went wrong for me. I'm sure I could have won pole today, but sometimes circumstances turn against you" - Carlos Sainz. 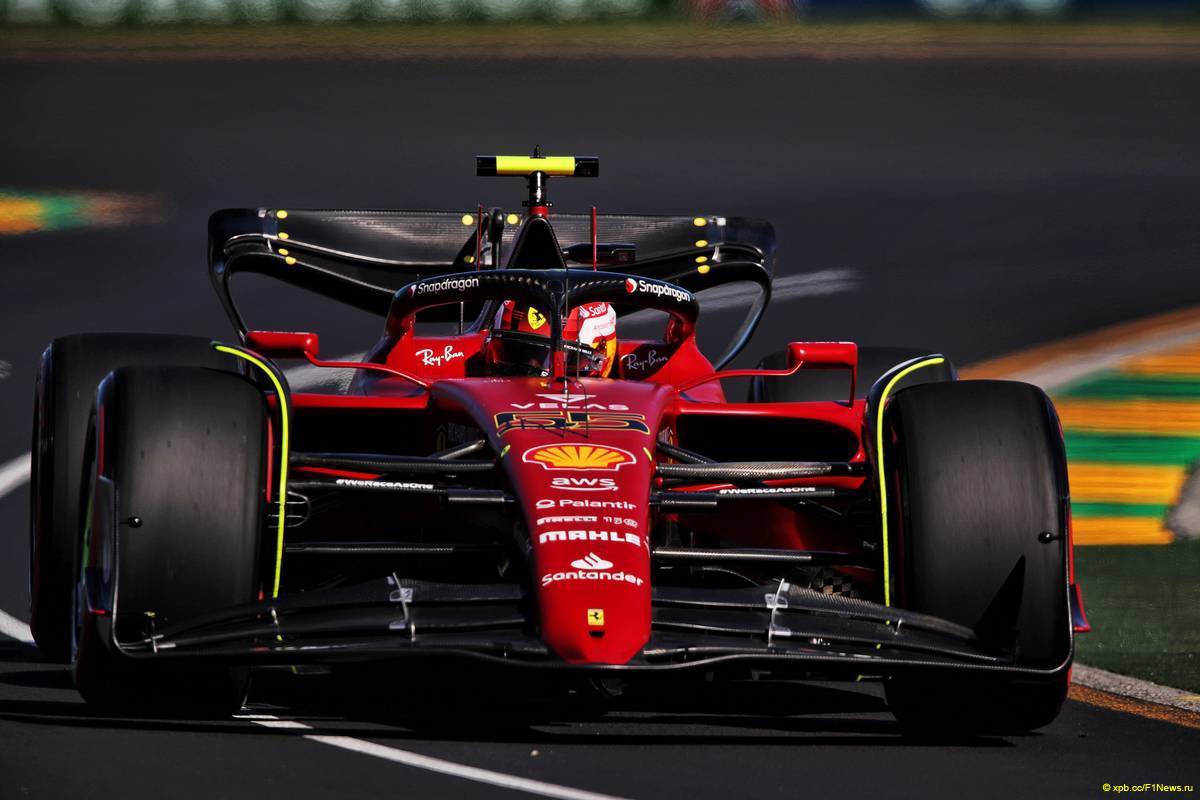 We are sure that tomorrow there will be an exciting race with unexpected results, so support your driver with us!