Ferrari will run its cars in a revised Formula 1 livery at this weekend’s Italian Grand Prix to mark the 100th anniversary of the Monza circuit. 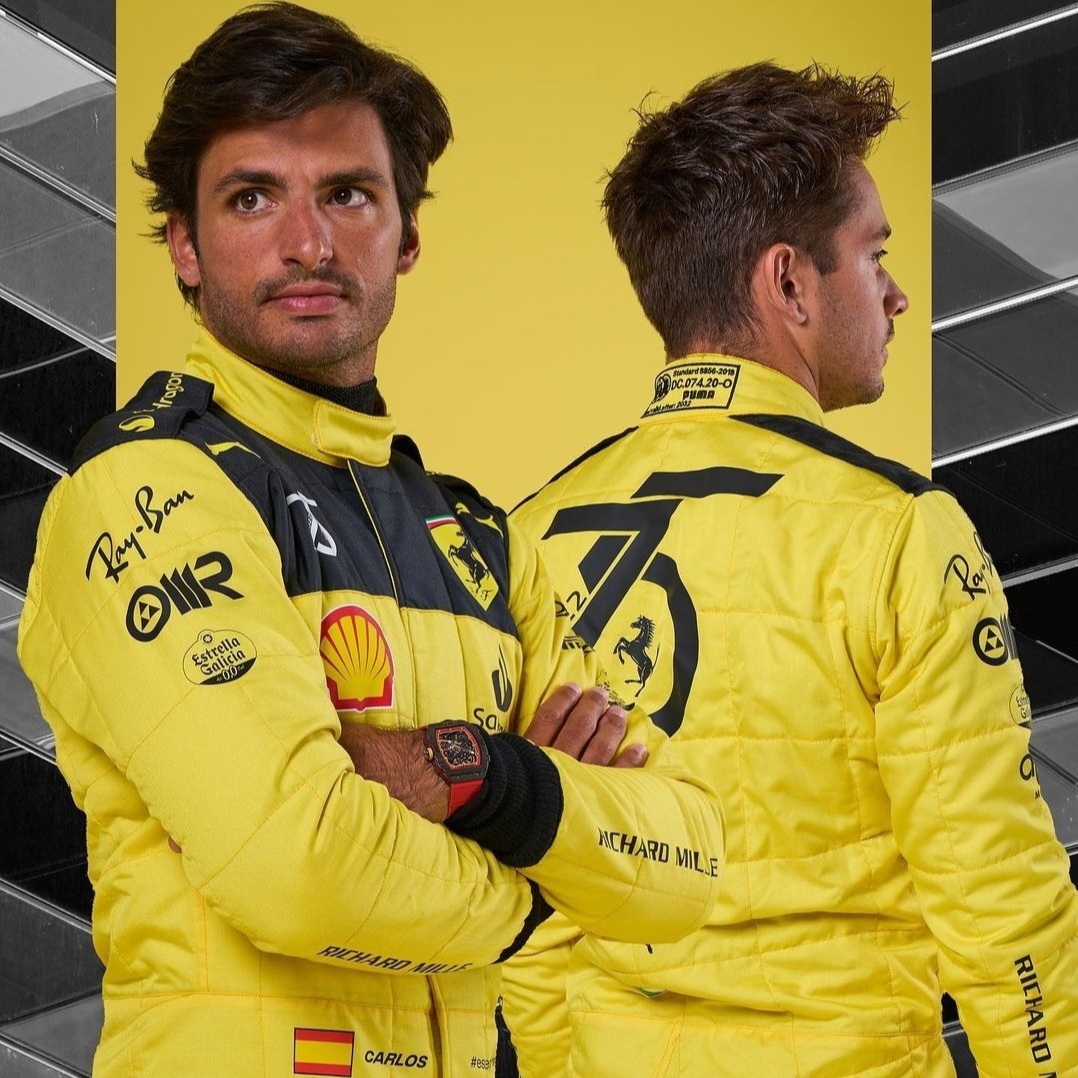 Ferrari will run its cars in a revised Formula 1 livery at this weekend’s Italian Grand Prix to mark the 100th anniversary of the Monza circuit.

The livery will feature what Ferrari describes as “a splash of yellow” and black inserts primarily on its engine cover and the outside of the F1-75’s rear wing, while the Ferrari name on the rear wing, its drivers’ numbers, and part of the halo will also be yellow. 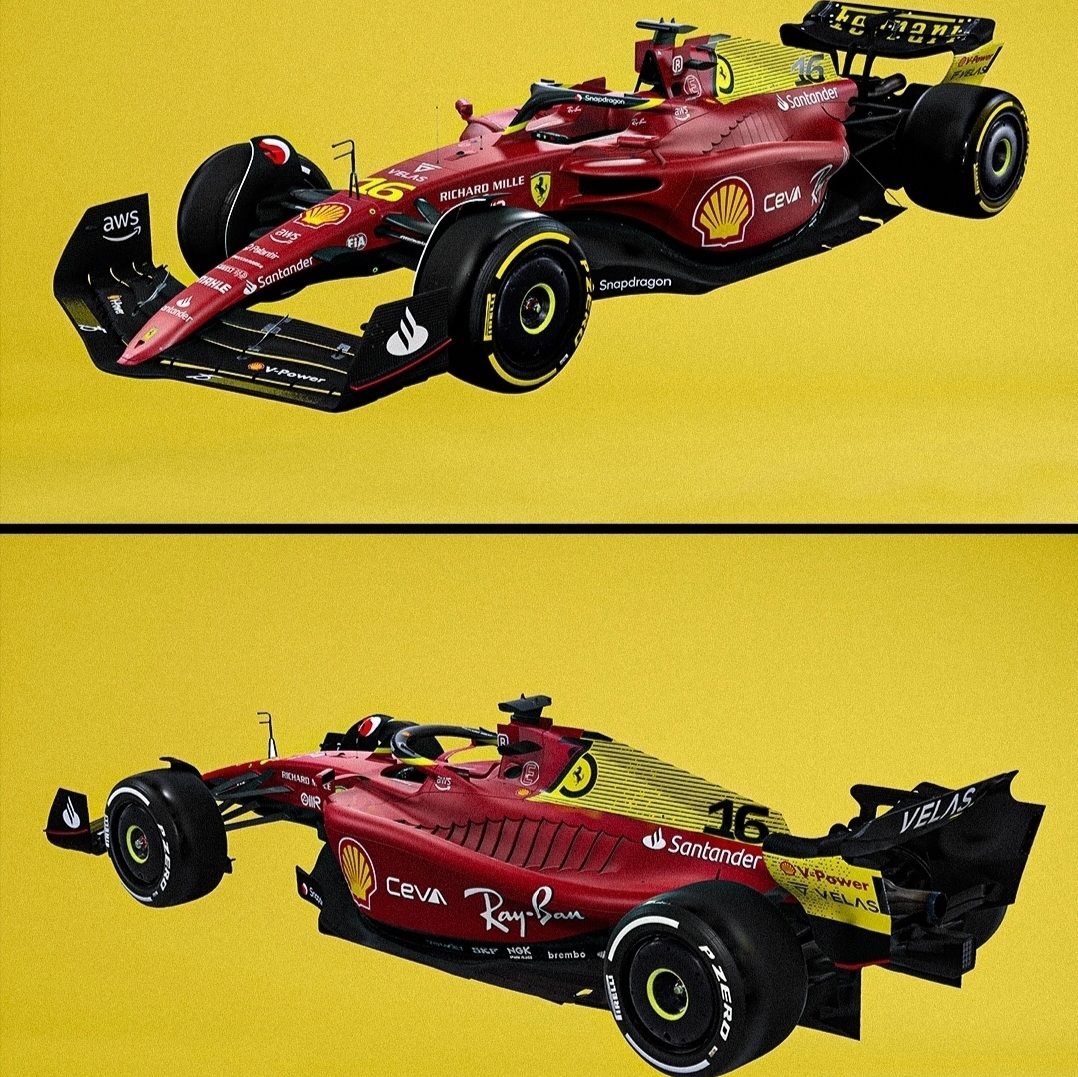 This is in deference to the original colours selected by Enzo Ferrari for the company’s logo when it was founded 75 years ago.

The race suits worn by Charles Leclerc and Carlos Sainz and their helmets will also feature “some yellow touches” though the overalls appear to be primarily yellow. 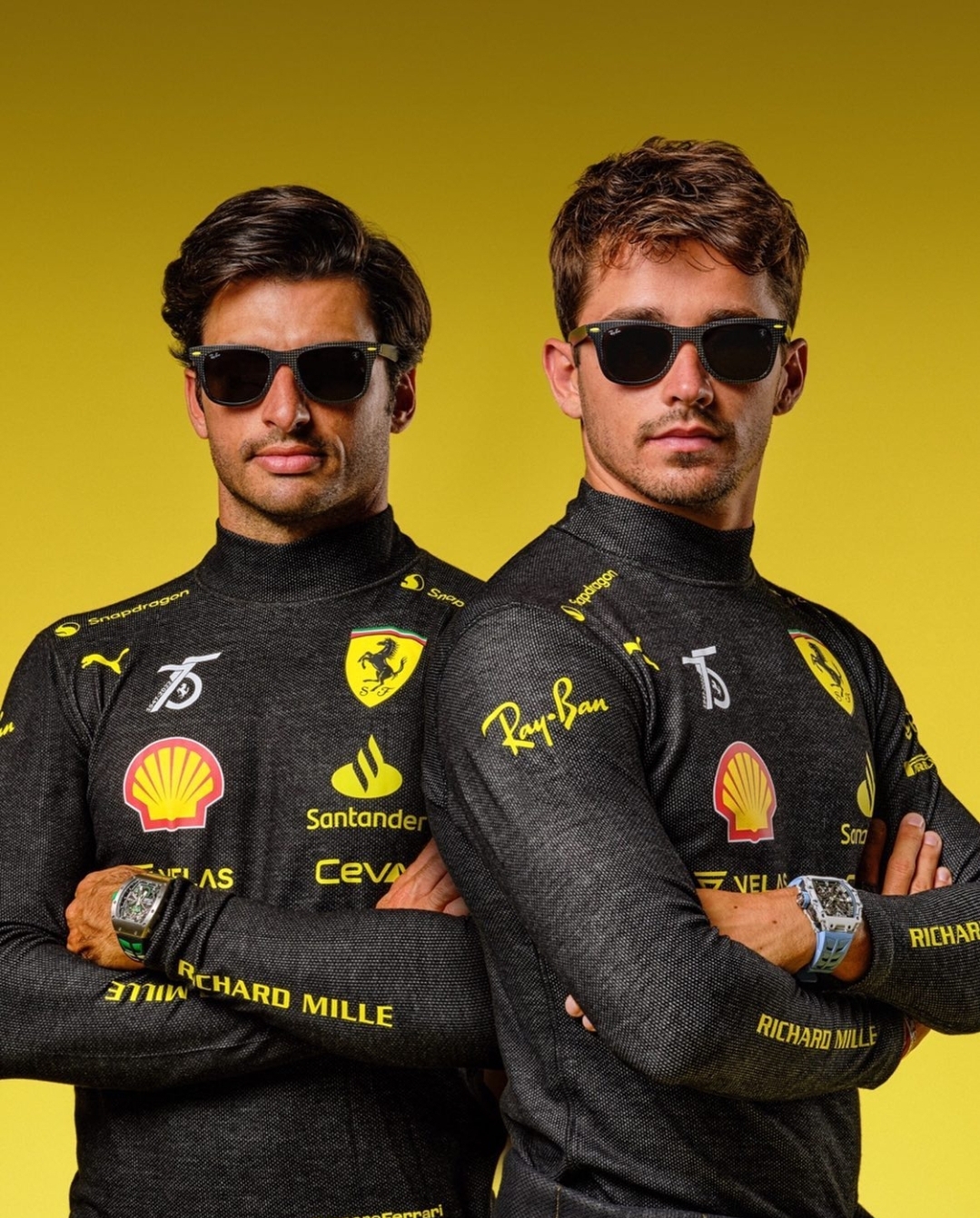 Along with the special livery, Ferrari has also partnered with with the sunglasses company Rayban and they have released exclusive ScuderiaFerrari Limited Edition sunglasses ahead of Monza GP.

According to Rayban these limited edition sunglasses have been: "Crafted in dark carbon fiber with “Giallo Modena” details, this timeless Wayfarer brings together racing spirit and Ray-Ban style." 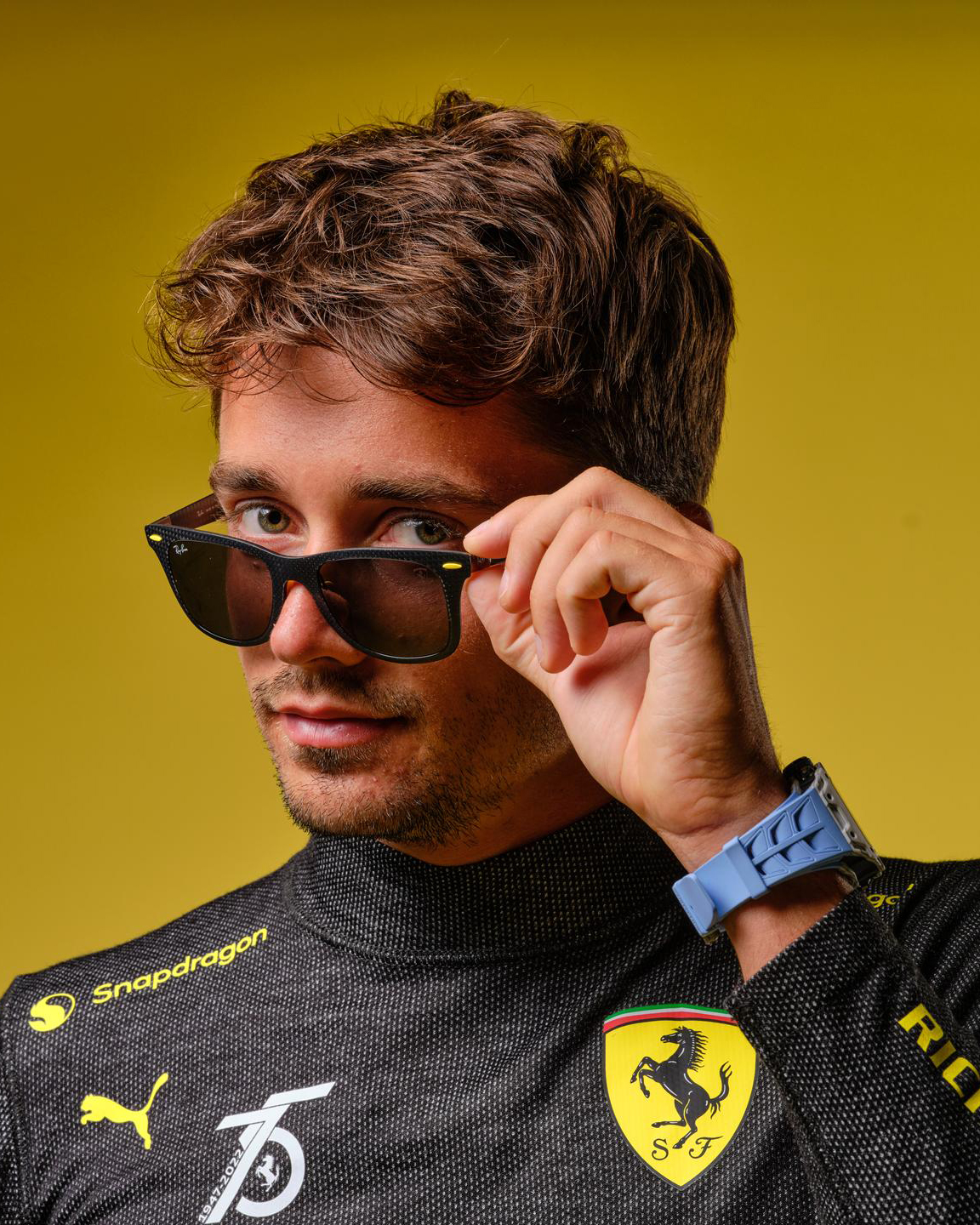 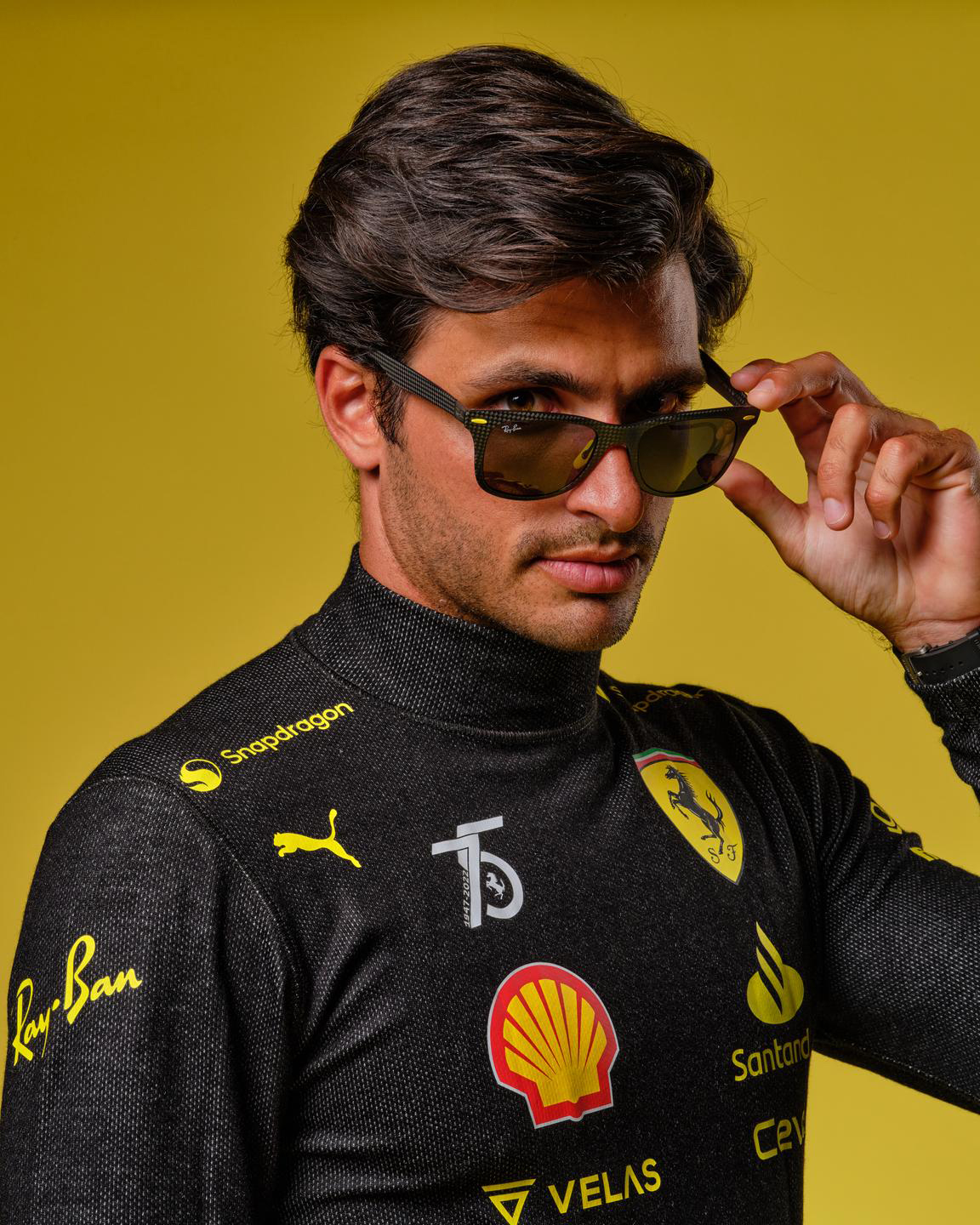 Ferrari ran a special livery for its 1000th grand prix at Mugello in 2020, when its SF1000s sported the burgundy colour Ferrari used when it first appeared in the world championship in 1950.

Ferrari heads into the Monza weekend on a four race streak without a win, having started the season as a title contender.

Leclerc is tied with Sergio Perez for second place in the drivers’ standings, but the pair are more than 100 points adrift of Perez’s Red Bull team-mate Max Verstappen, who has won the previous four races.