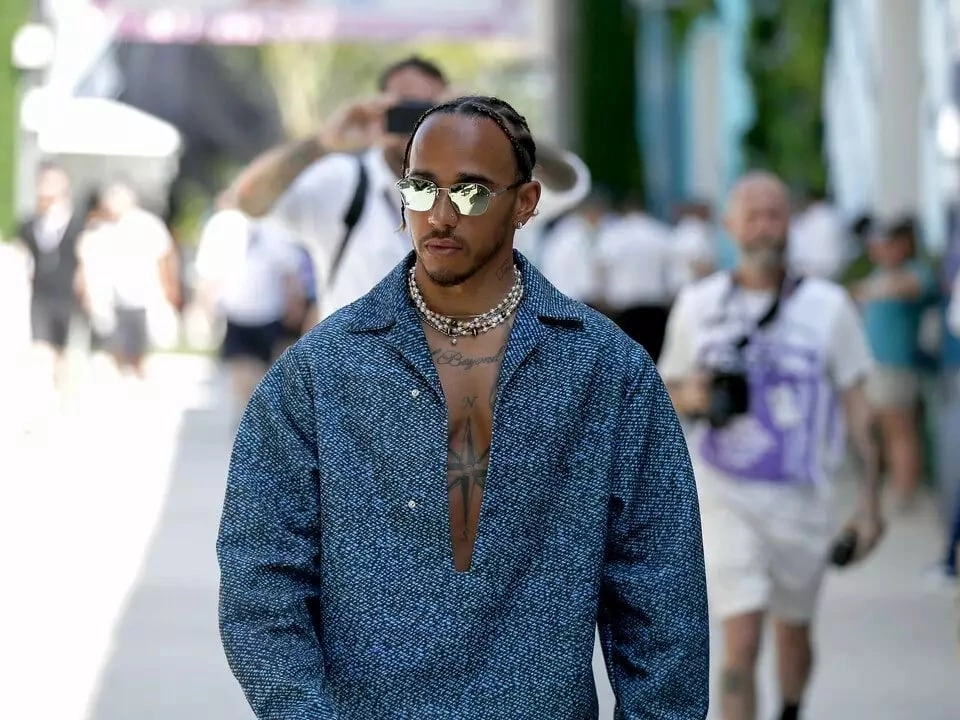 Niels Wittich reminded the drivers that any piercings, metal chains or other jewelry has to be removed for the race

despite Lewis had commented he can’t remove some of them without harm.

["In the worst case the presence of jewellery during imaging may cause further injury. Jewellery in and/or around the airway can pose specific additional risks should it become dislodged during an accident and either ingested or inhaled."]

During Miami Grand Prix the question about wearing jewelry was raised once again at the press conference. Lewis Hamilton claimed that he would rather FIA cared about more serious things—

"I feel it is almost a step backwards if you think of the steps we have been taking as a sport and the more important issues and causes we need to be focused on and really pushing."

He also said he will speak to Mohammed Ben Sulayem about the situation and avoid the conflict. Before Lewis explained why he cannot follow the jewel rules:

"I can't remove at least two of them, one I can't really explain where it is.

It is platinum that I have so it is non-magnetic, it has never been a safety issue in the past and in 16 years, I have had so many MRI scans and not had to take the platinum out because it has not been an issue.

If they stop me, so be it. We have a spare driver so we are all ready and prepped for the weekend."

Other drivers, including Pierre Gasly agreed with Lewis’ point, emphasizing the fact that there are many other more important things to care about. Pierre said he appreciates the way FIA cares about driver’s safety, but there are things of greater importance than wearing jewelry. Himself he wears some religious items that are important to him and doesn’t feel enough comfort driving without them. It’s a personal choice and drivers should decide themselves.