How a strategy gamble cost Mercedes a potential double podium

Toto Wolff says his Mercedes Formula 1 team pushed to take risks with its Dutch Grand Prix strategy in order to fight for victory, rather than settle for a safe result.

“I can’t believe you guys f***** me, I can’t tell you how p***** I am”. That was Lewis Hamilton’s reaction following Mercedes’ decision to leave him out on medium tyres during a late race safety car at the Dutch Grand Prix, even if he apologised for his comments after the race.

The Mercedes team principal explained his teams call to leave Lewis Hamilton out on medium tyres in the lead while Red Bull pitted Max Verstappen for softs under a late safety car in the Zandvoort race. Under the same safety car, Mercedes pitted George Russell for softs, putting him behind Verstappen on track in third place, to split its strategy for the sprint to the finish.

The call backfired for Hamilton, who dropped from first to fourth, as Verstappen charged to victory ahead of Russell and Ferrari's Charles Leclerc. 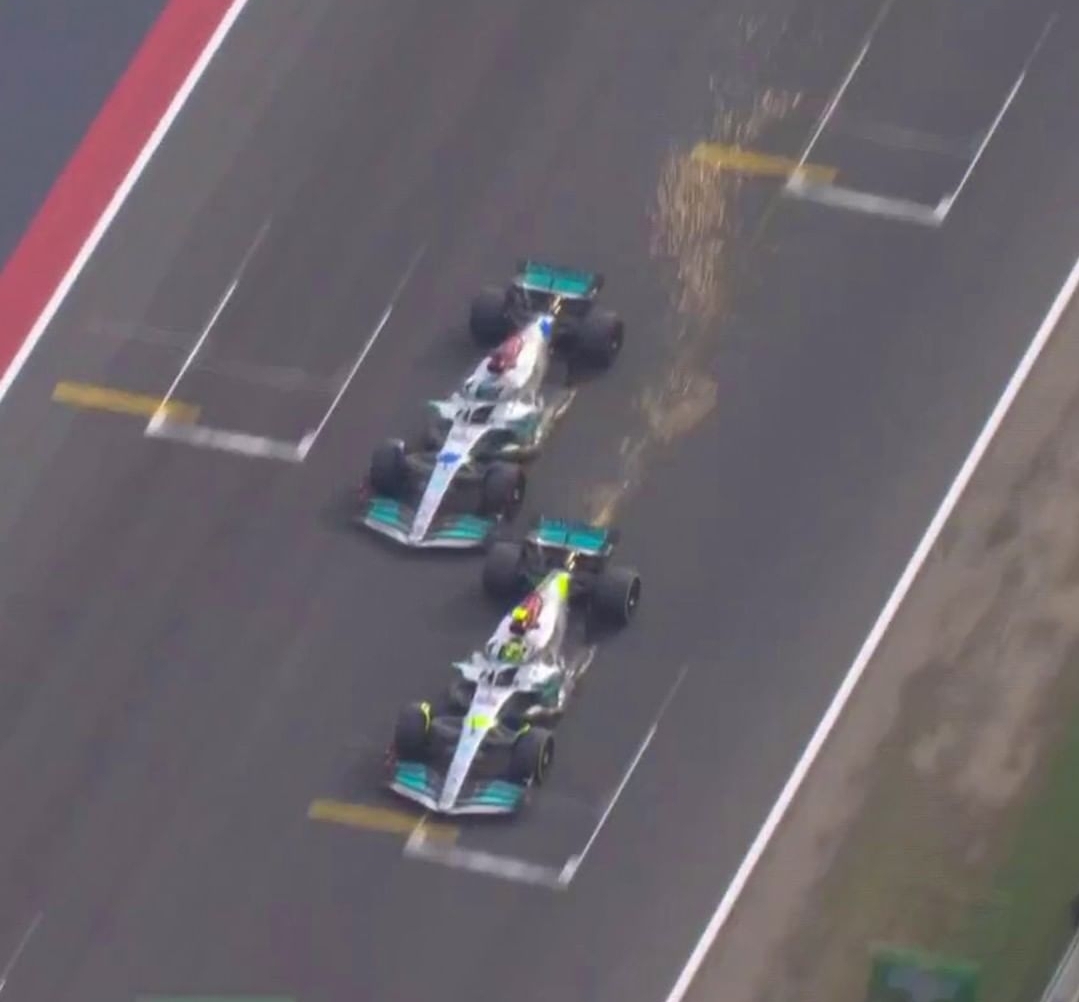 The outcome left Hamilton furious over team radio at the Mercedes strategy call, and immediately after the race, Wolff spoke to his driver to say he would explain the decision not to pit him for softs.

Wolff sympathised with Hamilton but confirmed rather than a strategy error, Mercedes wanted to go for a risky strategy to give it a chance to fight for the victory rather than settle for a conservative result.

"It is highly emotional for the driver, you are that close to be racing for the win and then you've been eaten up, so it is clear that every emotion comes out" Wolff said on Sky Sports F1.

"You, as the driver in the cockpit, you are alone and you don't see what is happening. We discussed at the moment, are we taking risks for the race win? Yes, we are taking risks. He had a tyre that was five laps old, the medium, holding position was the right thing to do. At the end it didn't work out for him but I'd rather take the risk to win the race with Lewis rather than finish second and third." 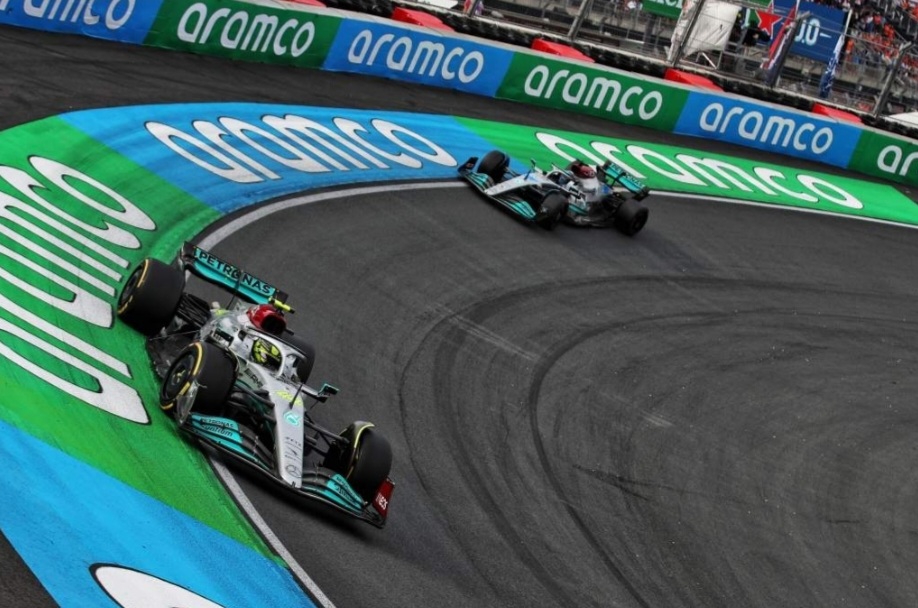 "Lewis was ahead, so you always have a little bit longer with the call [for those behind]. You can do two things; you can either pit Lewis and lose track position against Verstappen and leave George out screwed, or you can pit both, screwed. So it was worth taking the risk. If you do that [leave both out] you have both on an old tyre, but this would have guaranteed second and third and we wouldn't have raced for the win with Lewis."

Wolff also didn't think pitting both drivers for fresh softs would've worked as it meant both Hamilton and Russell would have been behind Verstappen at the restart and on the same tyres unable to attack the Red Bull driver.

Wolff also added, "I think the Red Bull has so much straightline speed that all on the same tyre out there is no way we are winning, I think we can look at the positives and this is what I just discussed with Lewis, there is so much more positive to take. Of course second and fourth is annoying but we felt we had a good race car here. That's what is most important and you've got to take risks where we are." 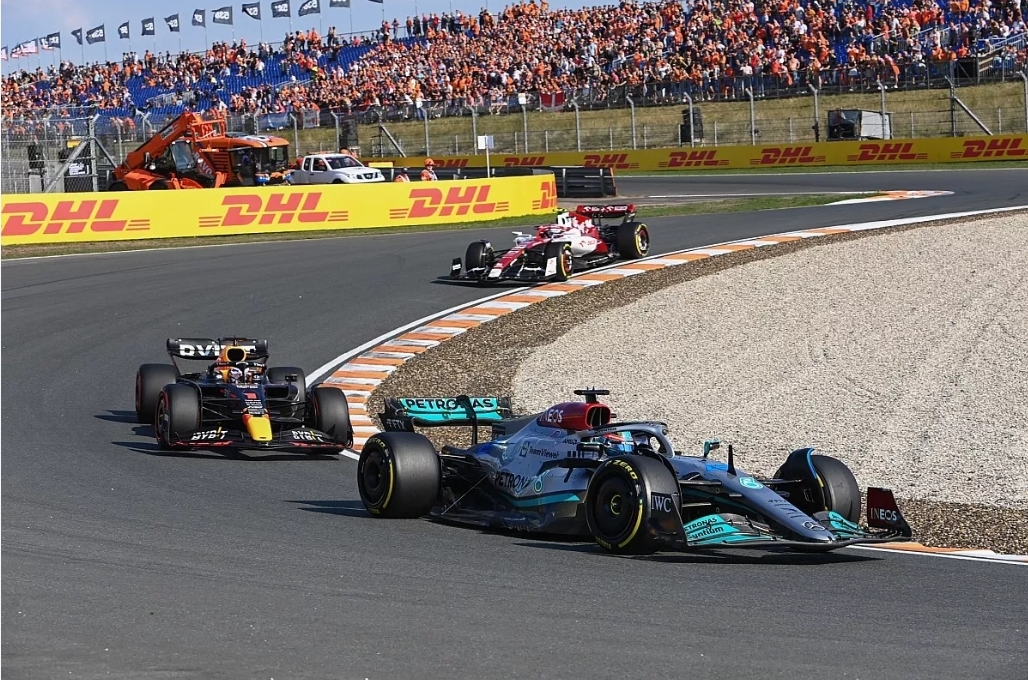 Whether Verstappen stayed out and Hamilton pitted or the vice-versa scenario that we actually saw, Verstappen and Red Bull’s pace was superior and Verstappen could have won from either position.

How quickly Verstappen cruised past Hamilton shows having George Russell in between wouldn’t have offered much of a defence for Hamilton either. If Hamilton is angry about losing second, his radio outburst was disproportionate. For someone who spends so long thanking and praising his team out of the car, he spends a decent amount criticising them in it, too. What does that really achieve?

Pitting might have secured a Mercedes double podium, but hindsight is a lovely thing.