How will Sebastian Vettel continue his career?

The most popular topic of recent weeks is what will be the four-time world champion’s future after 2022. 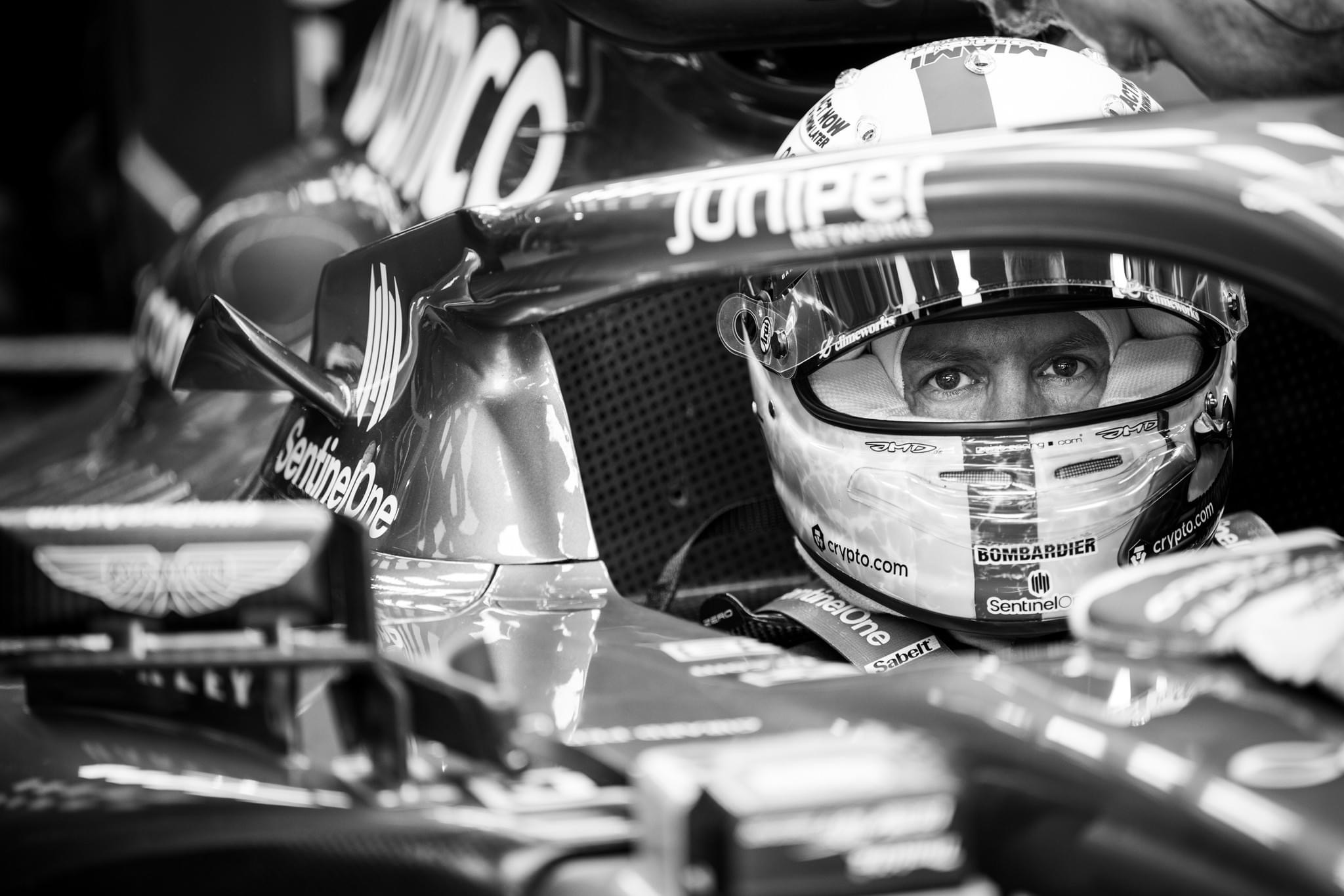 Rumours have been flooding not just because Vettel’s contract expires this year. A much more current factor is the situation of his team right now. As we discussed it in an earlier article, Aston Martin is going through its most difficult era.

Add to that some of Vettel’s personal affairs, which have clearly caused difficulties. The first was the pre-season Covid illness, which forced him to miss the first two races. His return was unsuccessful;  technical failures and multiple crashes.

However, he have already managed to complete a very impressive weekend, of course to the car's capabilities. In Imola, Vettel finished in P8, thanks to tricky conditions and his own abilities.

After the Miami Grand Prix, the voices are getting louder again the incident of the two German drivers. But not only did it give critics the opportunity to make new assumptions, but so did the ominous underpants action.

One of the most interesting rumours is that Vettel may even return to the team where he achieved the greatest success of his life, to Red Bull. It's a pretty wild assumption at first. The theory is based on Checo Perez’s contract, which also expires at the end of the year. According to it Red Bull wouldn't extend the contract with the Mexicans, we'd sign Vettel instead. He was asked about this but he firmly denied. Although Formula 1 has seen unimaginable events, it is perhaps the least likely option.

The news is that Seb is winking at other categories. These should be read carefully, as they are only test offers. In a short time, the German driver has received not only one but two kind of offers. One from Graham Rahal for an IndyCar test, another from DS Techeetah boss Thomas Chevaucher (Formula E).

These are certainly not serious and long-term seat offers. In the long run, however, they could become real opportunities for the four-time world champion. The last may be particularly important in the future in sight of Vettel's focus on the environment and the call for sustainability.

In recent years, Sebastian Vettel has attracted the attention of the global press with his environment-saving actions.  From his various t-shirts to the construction of a bee-hotel, he drew attention to this important topic in a number of ways. He is also known to be a family-centric man who tries to spend all his free time with his children and his wife.  Based on these, it isn’t surprising that full career closure is one of the possible options.

Although rumours are getting stronger, Vettel always makes it clear that he doesn’t think very precisely about his future yet, as racing and driving is his life. His team tried to support him with this post: 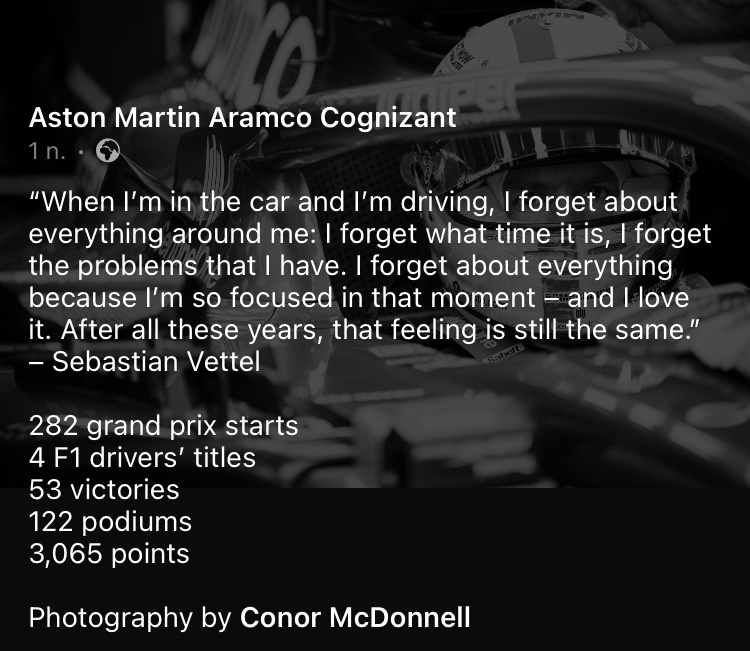 And that’s not the end of the rumours about the German driver, as some people have been saying that Alonso could replace Vettel. It must be mentioned this is not the first time.

Aston Martin has been on a long-term project from the very beginning. Vettel said:

"But will choose the path that we climb, which will determine the next three-four years – so that's why I feel it's really important to focus on that and it takes all the attention.”

"And then one day there will be a day for all of us where this journey ends and some other journey will start – whatever that might be."

Now it seems he still has patience, but it is undeniable that he has lost much of his enthusiasm. What will happen with him is still the question of the future. If the improvements in Barcelona are successful, it could give a dose of motivation to continue.