F1 fans are convinced the 7-time world champion was seen in a hot tub in a now deleted post with a woman, rumored to be Juliana Nalu. 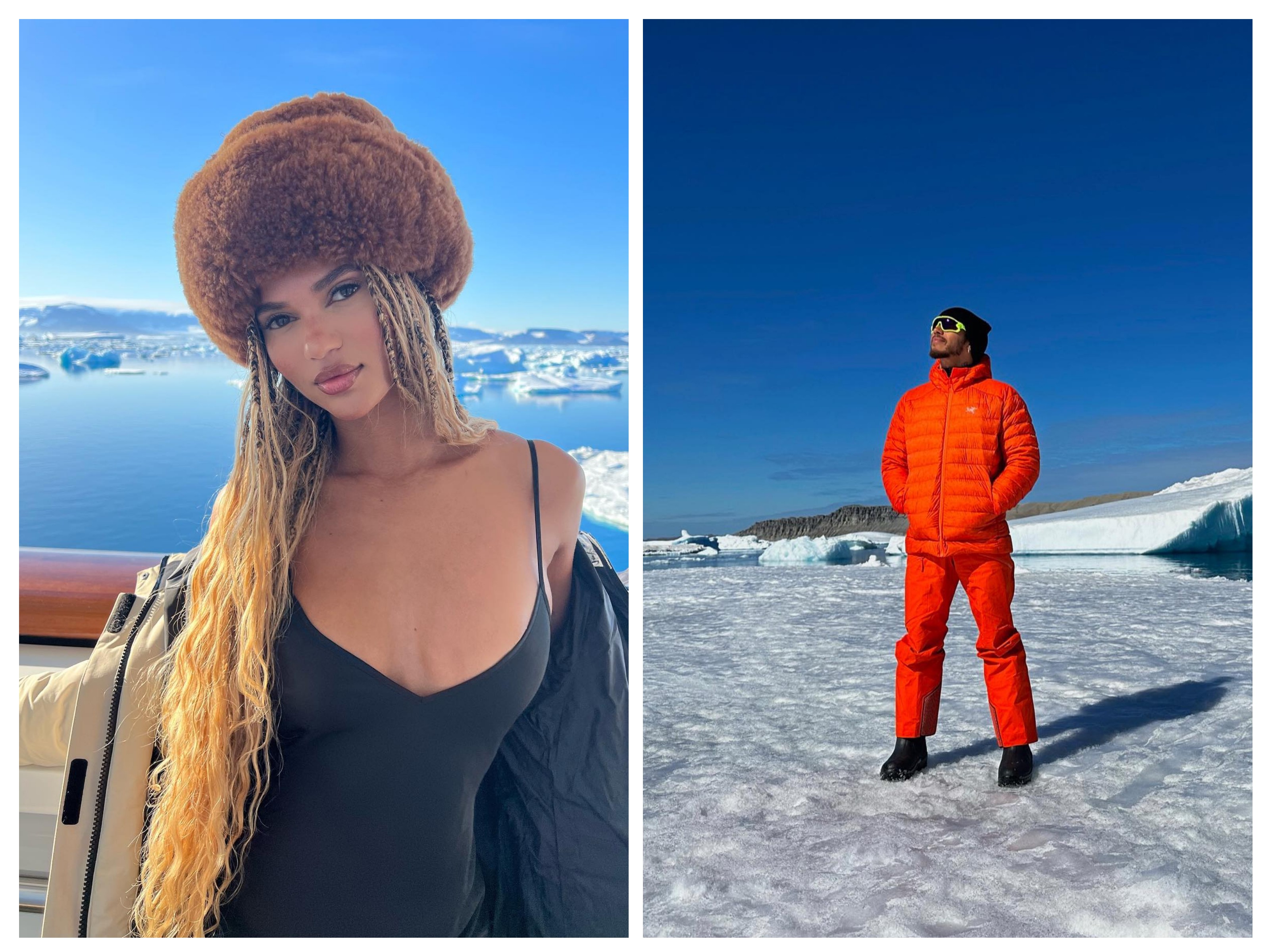 Sir Lewis Hamilton is currently in Antarctica preparing for the 2023 season – which begins in Bahrain in March. He filmed himself on training runs in the freezing conditions, jogging past seals and penguins as he gets himself in shape for a 17th successive year in Formula 1.

Former Olympic snowboarder Shaun White has joined him out in the cold climate as Hamilton was pictured enjoying a hot tub with the three-time gold medalist. White, 36, is also with his wife – actress Nina Dobrev, famously known for TV show Vampire Diaries.

In a glimpse of story shared by White, Hamilton was seen next to an unidentifiable woman in the hot tub.

Brazilian supermodel Nalu, 24, has shared pictures from Antarctica during Hamilton’s time there. While there is no concrete proof that the pair are together, social media users hilariously jumped to conclusion anyways.

However, Hamilton was always very secretive of his personal and dating life, no matter what rumor was circulating. We totally respect Lewis and his personal life, it is up to him if or when he wishes to share more about his life.

The former champion is currently in a contract negotiation with Mercedes beyond 2023, with the announcement expected to be soon.