The 2022 season continues this week in Hungaroring. Let’s look at the quick facts and history of this track. 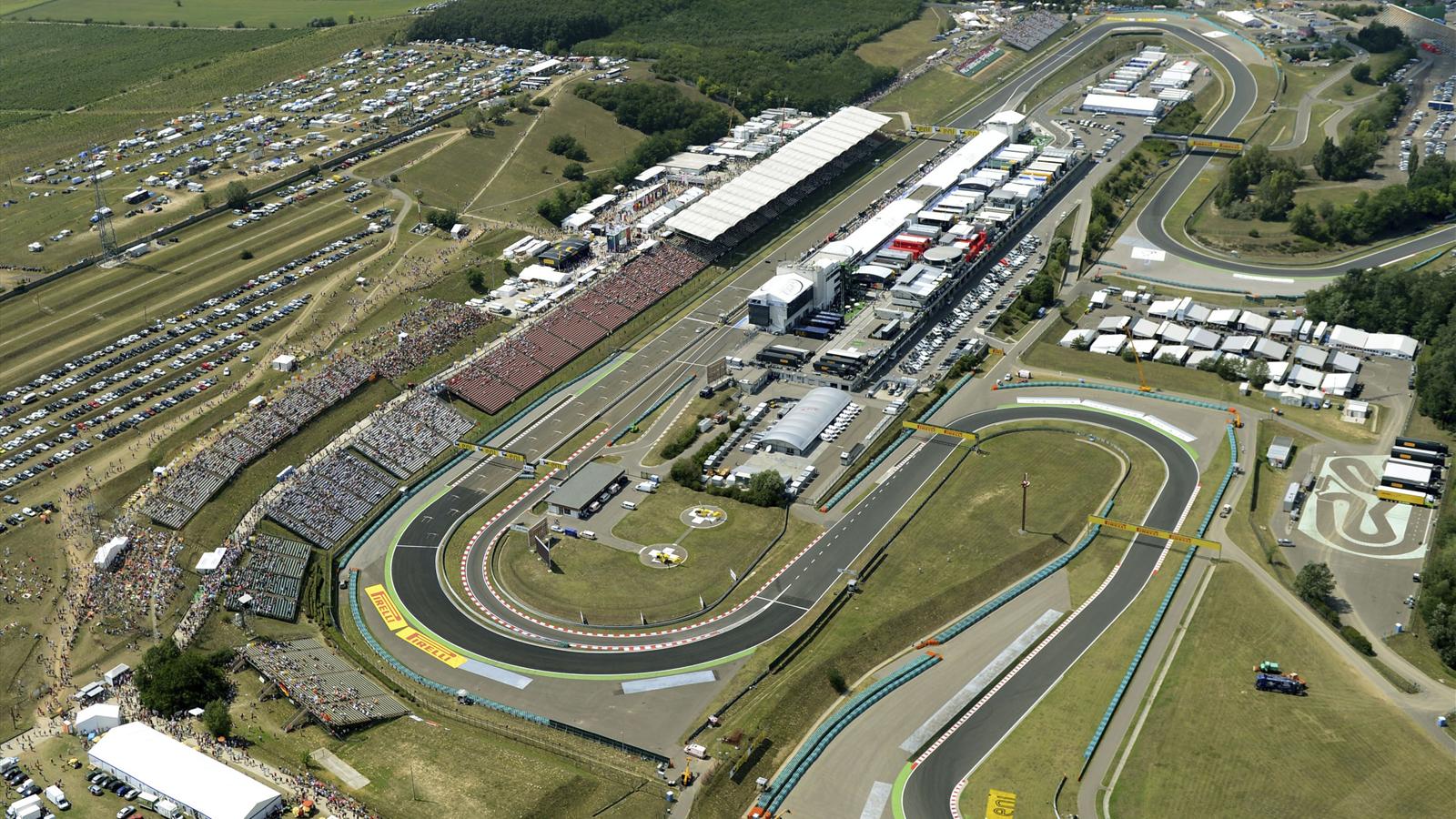 Hungary is hosting round 13 of the season, and the last race before the sport goes to summer break for the month of August. According to forecasts, Saturday at the Hungaroring maybe weather, as rain could impact the qualifying session.

Last year’s Hungarian Grand Prix ran in mostly dry conditions, however the start of the race saw drivers start on wet weather tyres due to earlier rainfall, with Valtteri Bottas hitting Lando Norris on the run to the opening corner. 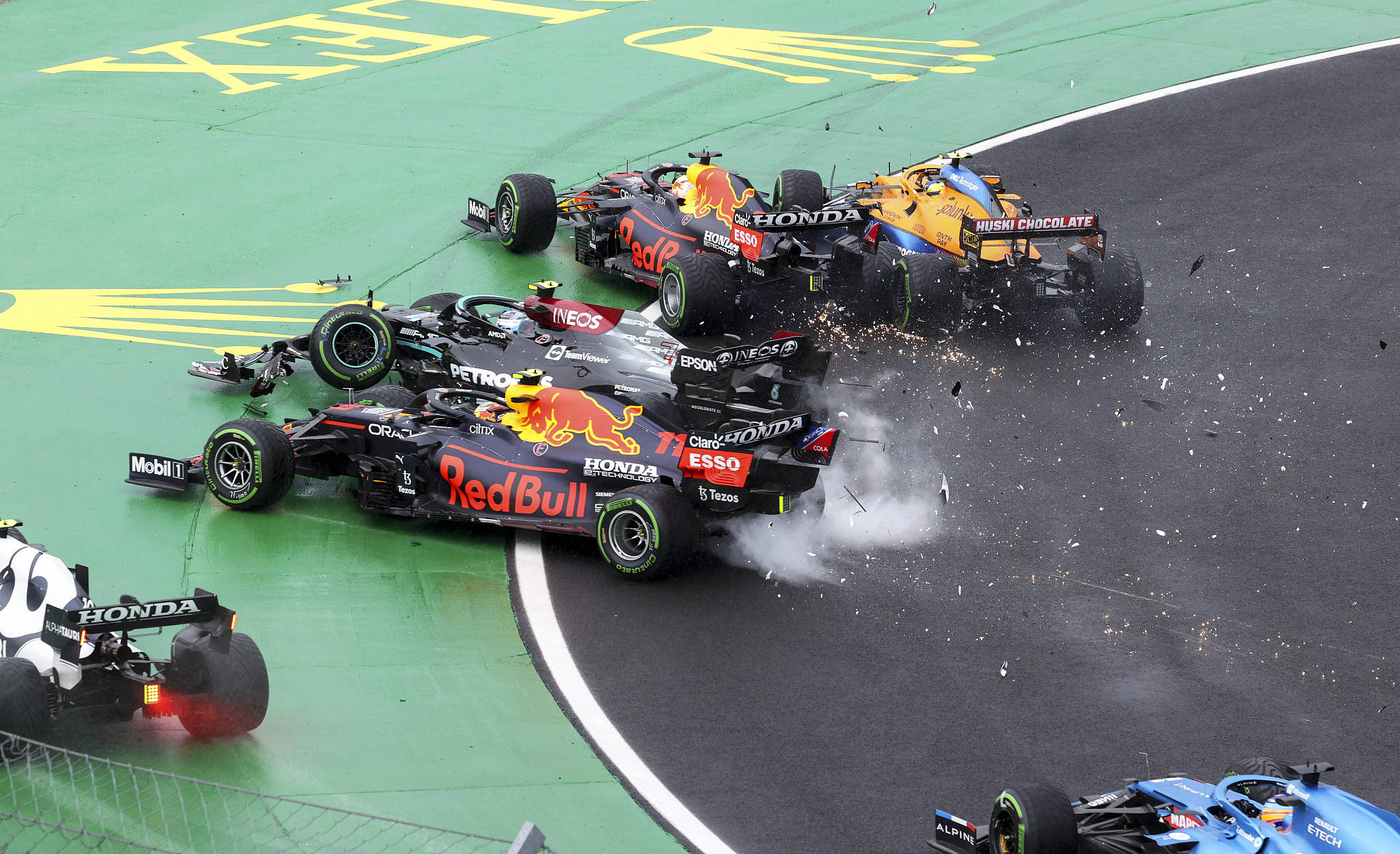 Since the 1986 first Hungarian grand prix, there has not been an F1 Grand Prix season that hasn’t featured the Mogyorod circuit.

The track has been a favorite of Lewis Hamilton, who’s won record 8 times.

According to Max Verstappen, Hungaroring is a “very difficult to master” circuit due to its complicated start at Turn 1. “It begins with very hard braking into Turn 1 before an off camber Turn 2 which tries to push you off from the inside,” Hungaroring is all about precision and awareness, especially due to Turn 4, which the Dutch driver described as “blind.”

Verstappen currently holds a 63-point title advantage after Leclerc spun out from the lead last weekend in France. Ferrari, however, do appear to have the car advantage over Red Bull at present - while Mercedes are also edging back into the fight. 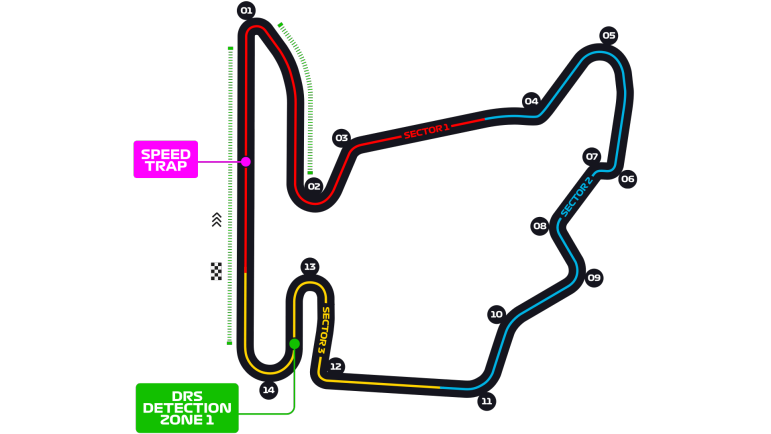 THE TYRES ON TRACK

The Hungarian Grand Prix marks the halfway point of the year before the summer break, and Pirelli has chosen the tyres in the middle of the range: C2 as the P Zero White hard, C3 as the P Zero Yellow medium, C4 as the P Zero Red soft.

The Hungaroring has a reputation for being extremely hot and dry: track temperatures during free practice last year peaked at nearly 60 degrees. But the reality is that it’s actually rained just before the race for the past two seasons in Hungary. Last year that led to a somewhat surreal re-start following a first corner incident, when Mercedes driver Lewis Hamilton was the only person to get going on intermediates from the grid, while everyone else went into the pit lane for slicks. 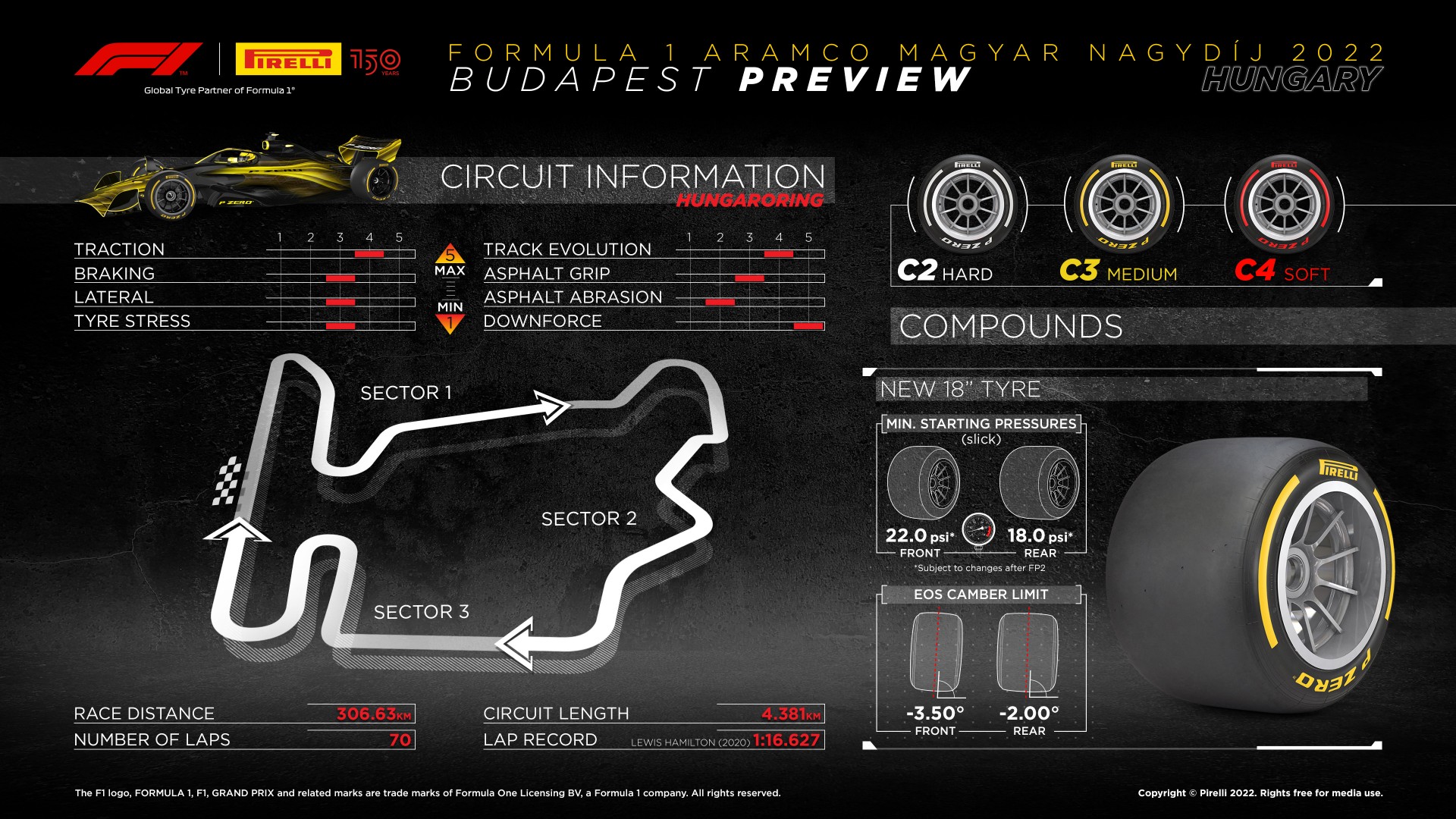 The Hungaroring isn’t a particularly high-energy circuit, with smooth asphalt that’s sometimes bumpy in places, and the demands on tyres being more about traction than braking.