This weekend Ex F1 driver Danil Kvyat took part in his first NASCAR race. Kvyat said NASCAR allowing him to race, when other sports have banned fellow Russians following the invasion of Ukraine, is a “great example for everyone else, also back in Europe”. 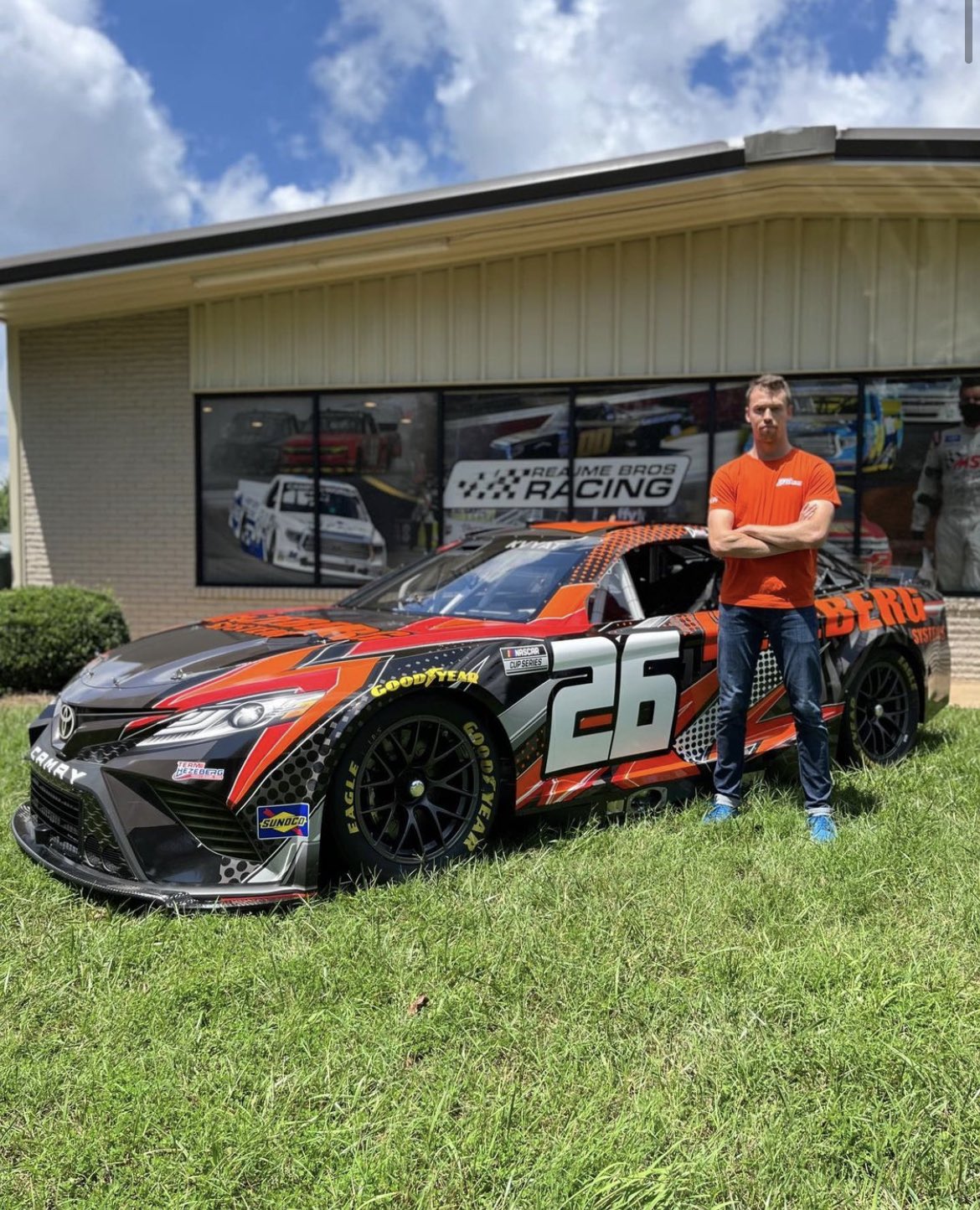 As Formula 1 vies for an increased cultural footprint in the United States, some crossover with America’s primary racing body NASCAR is inevitable at the very least in terms of fandom.

Danil Kvyat lost his AlphaTauri F1 seat for 2021 and instead served as the reserve and test driver for Alpine in 2021. At the end of 2021 he said in an interview: “At the end of last year I didn’t have any hunger. Formula 1 takes a lot out of you, and to be honest, I felt like if I had to continue in F1, of course I was ready, but to race somewhere else, I wasn’t really interested. But now I’m open to race again, the hunger is there"

In 2021 there were several rumours that Kvyat was interested in racing in other series like Formula E, WEC, Endurance racing or IndyCar. But then that attention quickly shifted towards NASCAR.

Kvyat made a guest appearance in the paddock at the Cup series' penultimate race of the season, at the short Martinsville oval.

“Stewart-Haas Racing was kind enough, very kind to help me organise a little tour, introduction if you want, to the NASCAR race,” Kvyat said

“So after the Austin [F1] race [I decided] to stay there a little bit in US and I always wanted to see for myself a NASCAR race, I was always curious about it. It’s kind of there in the movies you watch growing up also as a kid, and I always wanted to see it [live]. I really enjoyed seeing it, the whole process, seeing how things work from inside. It’s a very specific and interesting kind of racing.”

Kvyat watched the race from in and near the NASCAR equivalent to a pitwall, able to “listen to a lot of communications, see it from different screens it’s quite impressive”.

He therefore didn't agree with the interviewer's view that it must’ve been somewhat back-to-basics for good and ill compared to the absurdly high-tech world of F1.

There’s upsides and downsides to that kind of thing, obviously. For instance, NASCAR won’t have loved that Busch used the R-word in admonishing Keselowski after the race, and rightly censured him. But Hamlin calling Bowman “just a hack” and Bowman then having merchandise made that leaned into the insult? Everyone loved that.

In fact, it’s easy to draw a parallel to when Kvyat looked to claim ownership of his ‘torpedo’ moniker after his famous Sochi collision with Sebastian Vettel. And, as a whole, the NASCAR way of going about your business just seems to fit him more. 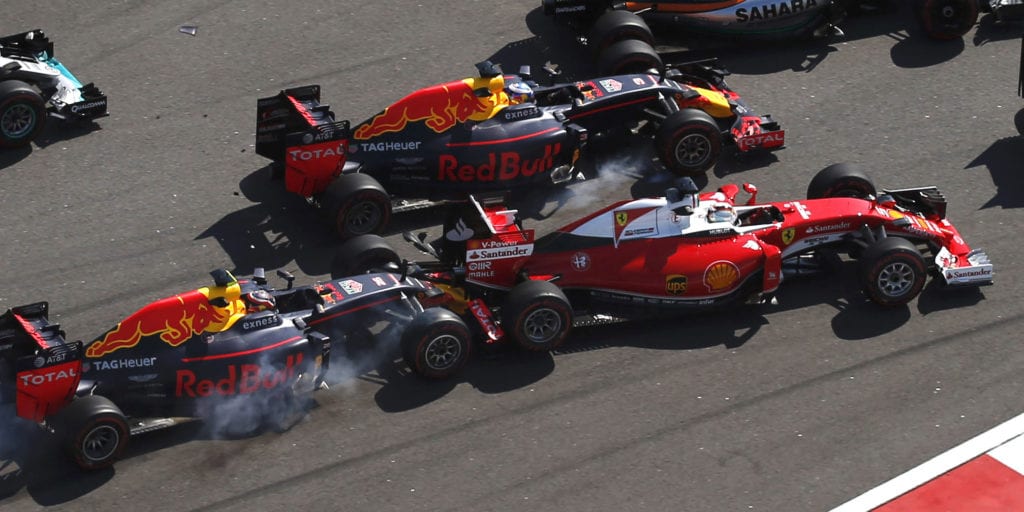 Kvyat fell foul of stewards frequently in F1, and made his displeasure clear – in NASCAR, that’s obviously unlikely to be a problem. Likewise, he never seemed to be massively at ease with an F1 drivers’ media duties, having to face the same questions – sometimes quite dull, sometimes quite unpleasant – many a time during the weekend. For NASCAR drivers, there does genuinely seem to be a lot more control, and distance, in that regard, which, again, is for better and worse.

While NASCAR clearly has its own fair share of politics (if you’re a non-fan, it’s worth reading up on the 2013 team orders scandal in the regular season finale at Richmond for a massively out-there example), it’s probably reasonable to assume it’s not as complex as the F1 world.

Kvyat, who went through a very particular version of the F1 experience in his time being repeatedly promoted and demoted by Red Bull, says he obviously can’t compare it to what it’s like being a NASCAR driver.

NASCAR a 'great example' for Europe:

In recent news Ex-Formula 1 driver Danil Kvyat said NASCAR allowing him to race, when other sports have banned fellow Russians following the invasion of Ukraine, is a “great example for everyone else, also back in Europe”.

Kvyat made his NASCAR Cup Series debut with Team Hezeberg this weekend on the Indianapolis road course where he qualified for Sunday’s race in 36th, admittedly after only one short practice session in the car having been out of competition since F1’s 2020 Abu Dhabi Grand Prix. 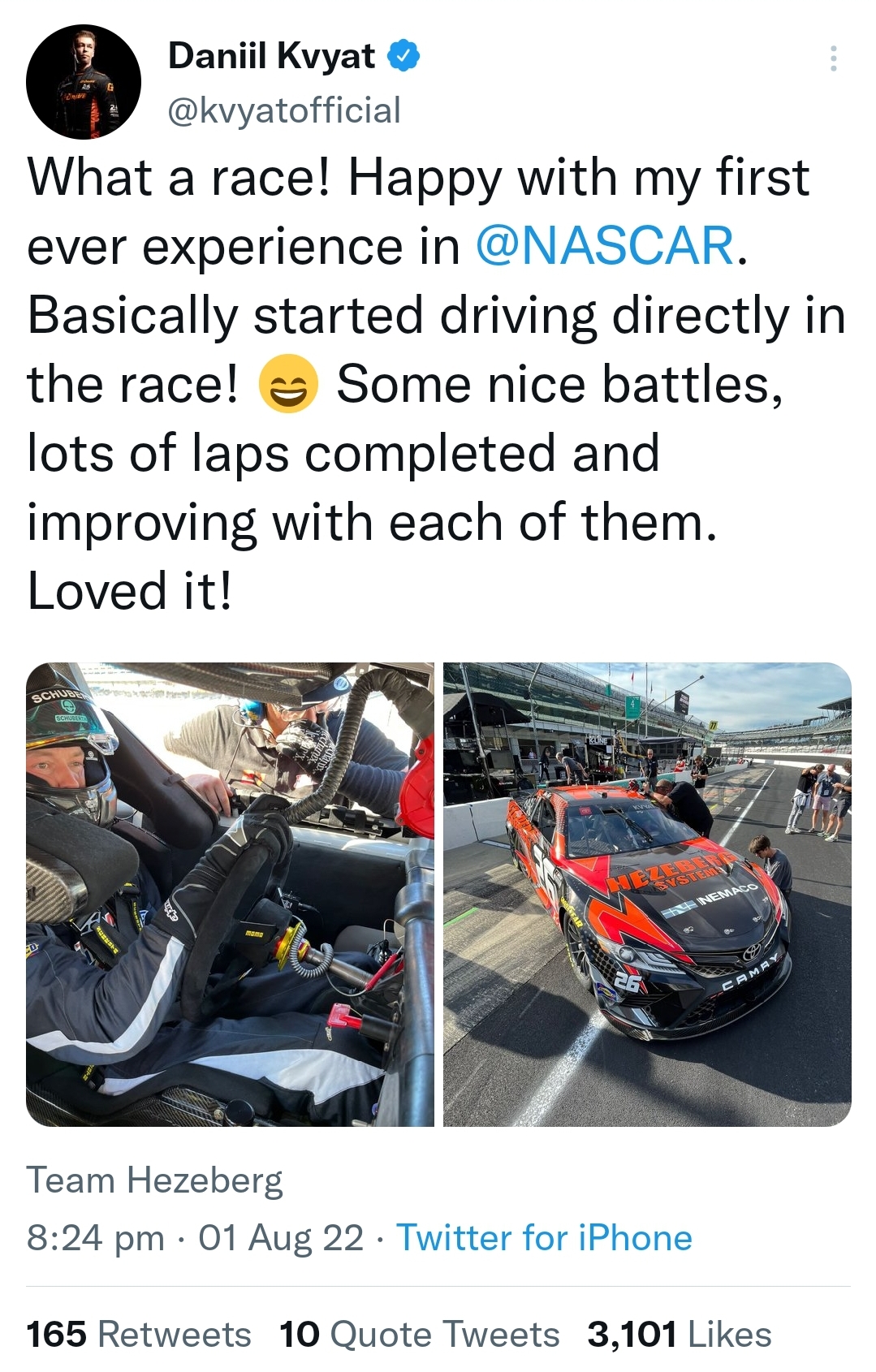 The FIA stopped short of barring Russian drivers from competing when it took action following the invasion of Ukraine at the end of February, creating a process by which they could still race under a neutral flag and if they adhered to certain principles. But British governing body Motorsport UK went further and opted for a full ban on Russian licence holders.

That meant Kvyat’s countryman Nikita Mazepin would have been barred from taking part in F1’s British Grand Prix had he kept his HAAS seat, though the team swiftly replaced him with Kevin Magnussen anyway.

In practice, Russian drivers have largely not raced outside their homeland this season. Although there are some exceptions such as Hungaroring FIA Formula 3 feature race winner Alexander Smolyar.

“The situation is a bit complicated as you can imagine, but I was happy to hear NASCAR shows a great example of sportsmanship, I think that’s how it should be. Sport should unite people and it’s amazing how they showed it, and it’s a great example for everyone else also back in Europe. I hope they will take this and make it less complicated. So I hope that’s the way it’s going to be. It’s not like it’s blocked. There are ways, it’s OK. Like I don’t say anything bad about anyone.”

The 28-year-old, who made 110 grand prix starts for Toro Rosso/AlphaTauri and Red Bull and scored three podiums, was visibly excited in the Indianapolis media pen straight after his qualifying outing. 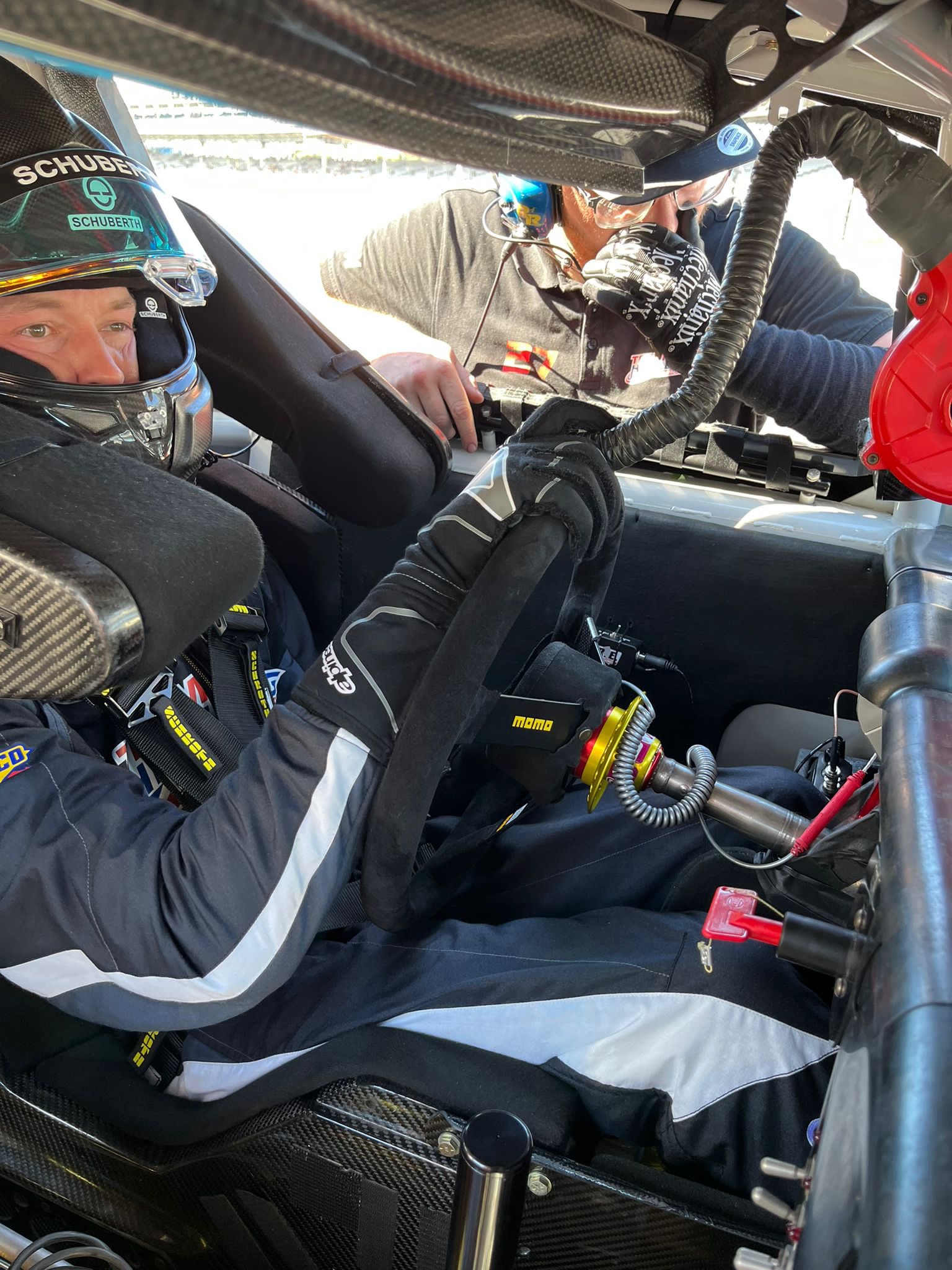 He said that his year and a half of not racing after losing his AlphaTauri seat felt “very long”. Kvyat had spent 2021 as an Alpine reserve and was due to race in the World Endurance Championship’s LMP2 class with G-Drive this year before it withdrew because it was unwilling to accept the conditions for participation laid out by the FIA.

“I was really excited to get into the car here,” Kvyat added.

“When the car started today finally in free practice, I was like ‘yes, we’re going on track finally! We go racing! This is really cool. And so yeah, very, very excited.”

Kvyat' options for the future: 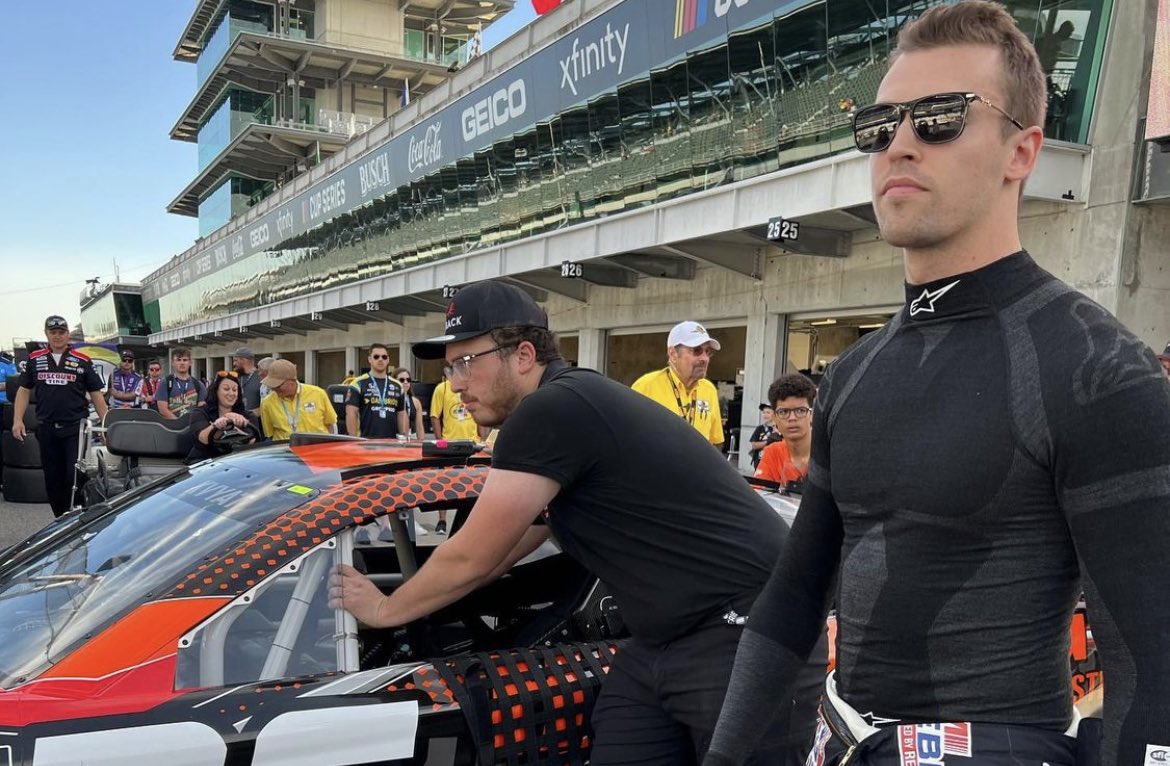 After Sunday’s event, he’s hoping to contest the final two road courses on the Cup calendar this season to gain more experience.

Asked if the target is a full-season of NASCAR next year, Kvyat added: “I’m very open minded to perhaps do a full season here one day, maybe next year. But I need to also get up to speed on the ovals. Try oval racing and of course, I want to be competitive. I didn’t want to just come to drive, I want to be competitive. It means me being in the right place, getting the right experience, having a very competitive car also, because it’s important here. So all factors have to be together.”

The NASCAR paddock is sharing the Indianapolis weekend with IndyCar, which would be an obvious place for Kvyat to end up if he is to stay in the States, based on his long single-seater experience.

Kvyat admitted there have been no talks as of yet with IndyCar teams, but that this weekend was a good opportunity for it.

“I haven’t had talks, but since I’m here now, I think we will, And I’m open minded also, to do a little bit of both. IndyCar is sort of a continuation of Formula 1. NASCAR is so unique, and even if there are alternatives they are much lower in the level. So this is why I was interested here. But yeah, for sure, IndyCar, I would think hopefully I could do a very strong job straightaway, because the cars are more to what I’m used to driving.”

Kvyat is yet to contact IndyCar about his eligibility to compete in the series.

All drivers who enter the IndyCar Series have to sign up for a licence, which IndyCar judges on a case-by-case basis.