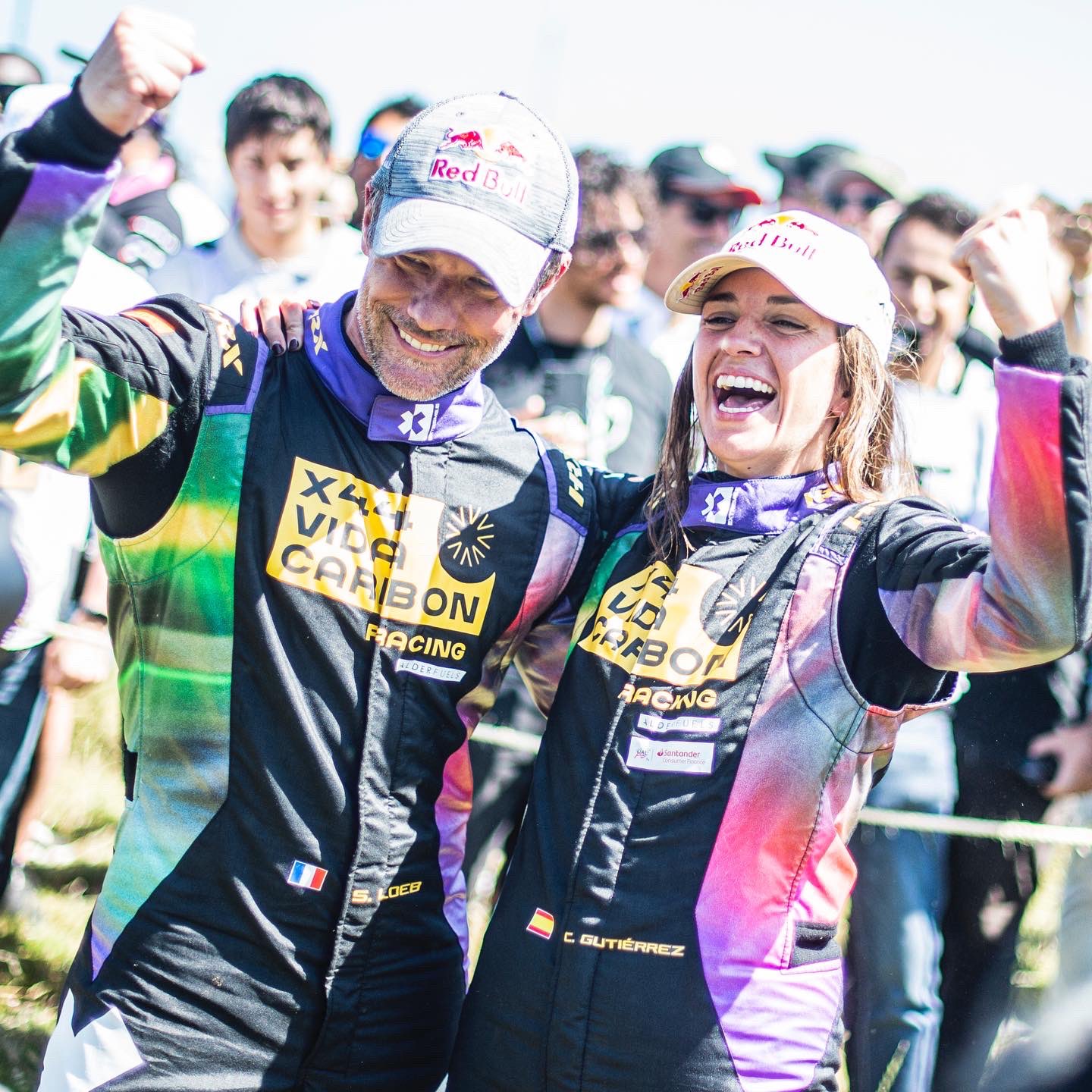 The team finished in third place by half a second in the Uruguay Natural Energy X Prix to secure the championship that went right down to the wire, with ABT CUPRA XE securing a maiden X Prix victory.

Hamilton’s team entered the final race, which was missing three of the top four teams in the championship standings, including championship leaders Rosberg X racing. As their closest rivals watched on from the paddock, Sebastien Loeb and Cristina Gutierrez secured the podium finish needed to take their maiden Extreme E title, just two points clear of RXR in the standings, having achieved the crucial five points from the Continental Traction Challenge in Qualifying 2. 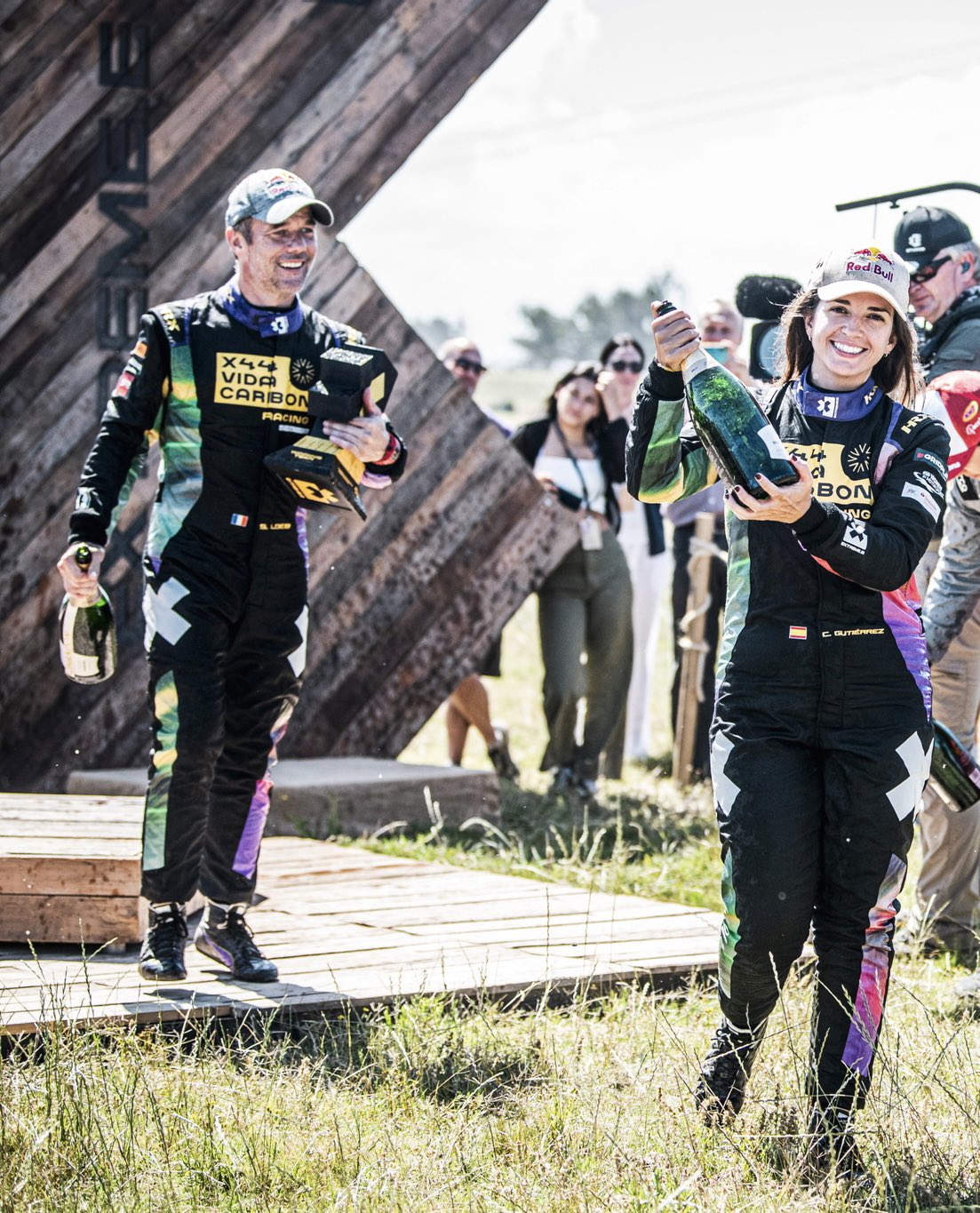 Gutierrez was ecstatic. “I still can’t believe it. It was a very tough weekend for us, especially after my roll yesterday. The team did a crazy job with the (spare) car and Qualifying 2 was the first time we had driven it. As for the final, on the radio they told me someone was going to be penalized but still I didn’t know. I wanted to be sure that we won so I did not celebrate before it was official. It was a rollercoaster, but it is much better than that for us as we can now believe in what we have achieved.” 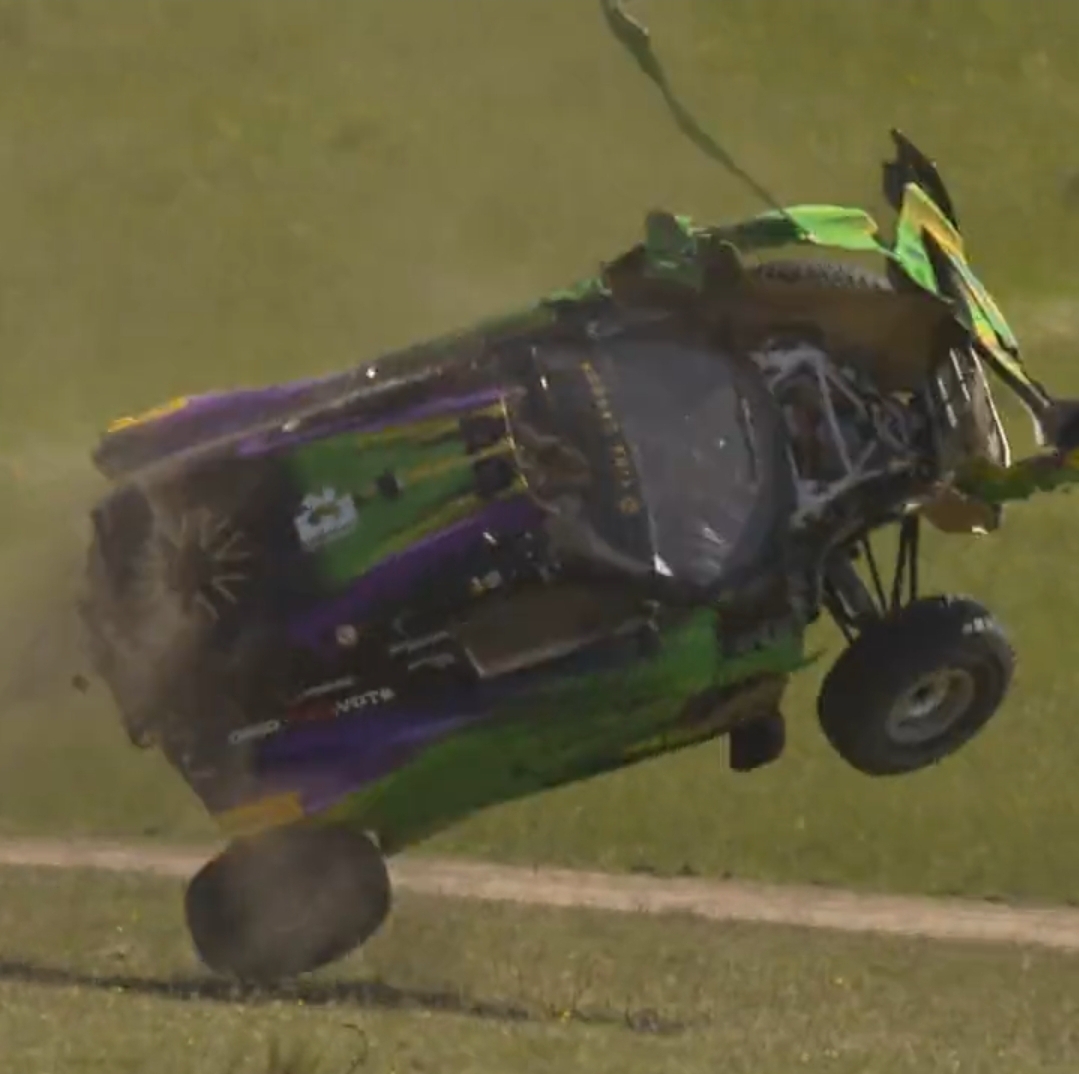 Loeb was equally happy. “We could only go and compete with everything we had and try to score maximum points. In the final, it was a critical moment because I was fourth and we needed to be third. We had some contact here and there, but there was nothing I could do to overtake. Cristina did a great job to stay very close to the car in front and we knew potentially we were third. At the end it was what we needed so I’m really relieved to be here and really proud to win this championship.” 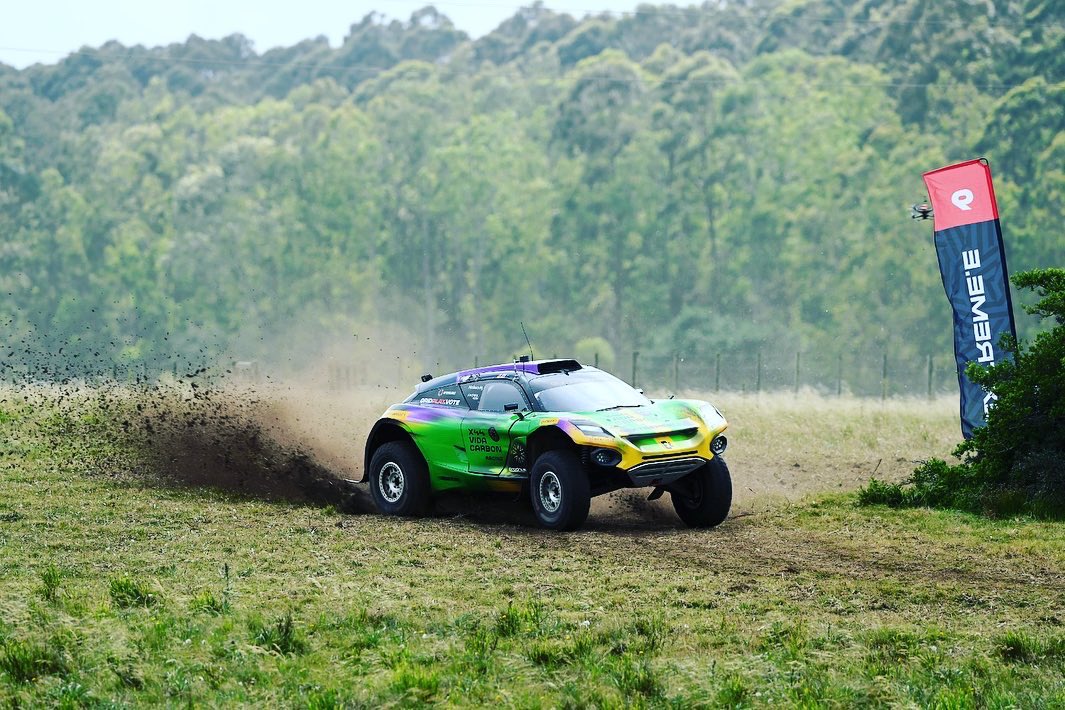 Alejandro Agag, founder and CEO of Extreme E, added: “I think the season finale was an amazing rollercoaster. Everything was open. There was an incredible comeback from X44 Vida Carbon Racing and bad luck for Rosberg X Racing, who have done some incredible things this season. Once again the championship decider was close, with the season going down to the wire, so we’re ready for a fantastic campaign next year."

Remainder of the race:

From the start of the race. ABT CUPRA XE’s Nasser Al Attiyah of Qatar and Veloce Racing’s Kevin Hansen, surrounded Loeb as the trio approached the first few corners. A fantastic move from Loeb seemed to have put the Frenchman in the lead, but as he carried his speed through a wider line, Al Attiyah flew up the inside to steal first. 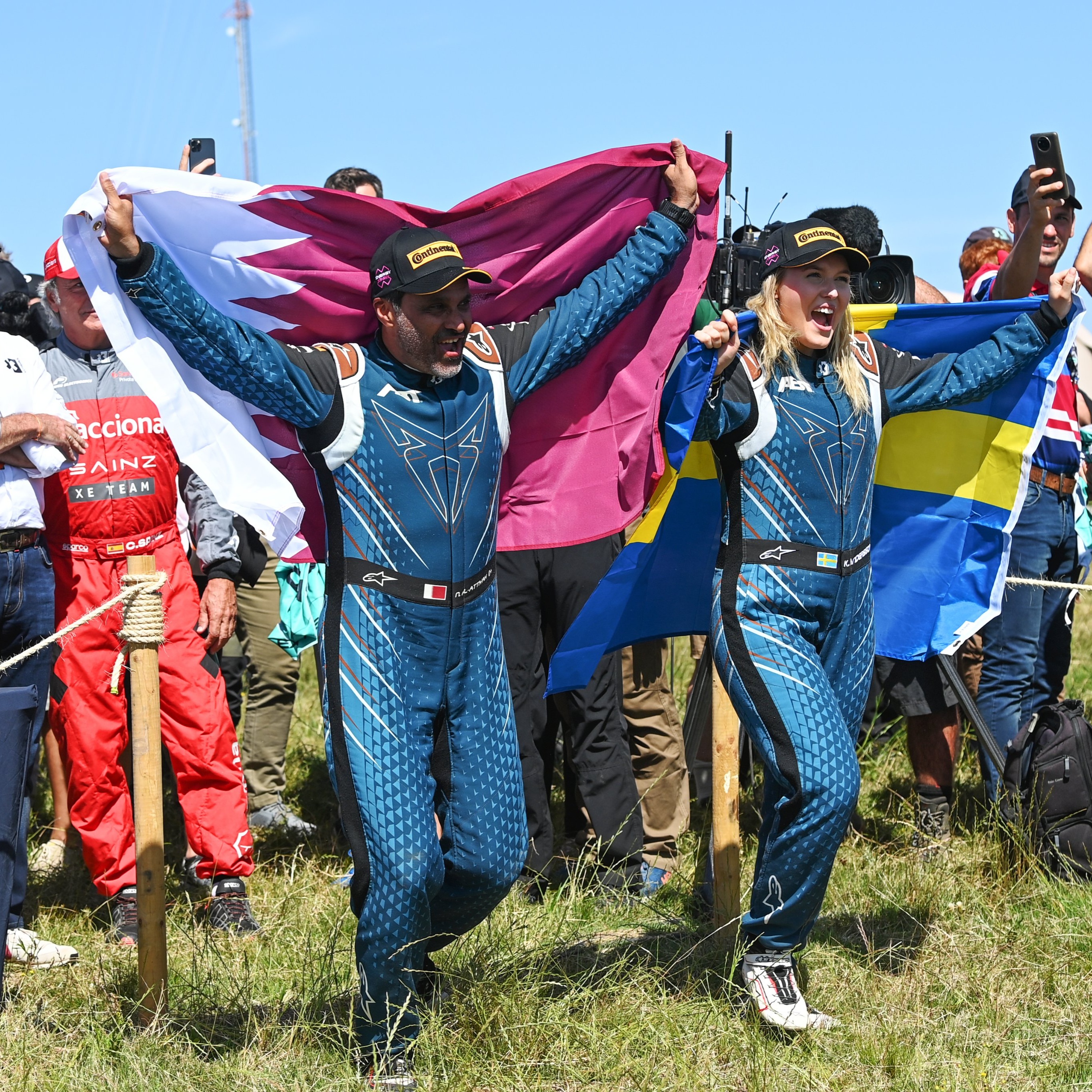 Further up the field, a measured drive from Emma Gilmour resulted in a maiden podium for McLaren Extreme E team, while Andersson and Al Attiyah’s performances earned ABT CUPRA XE their first X Prix win and back to back podiums during the pair’s first Extreme E campaign.

Al Attiyah had praise for his teammate: “Thank you to the team and thank you to Klara. We had an amazing weekend and we are happy to win the last race. Now we have a lot of confidence to come back next year and fight for the title.” 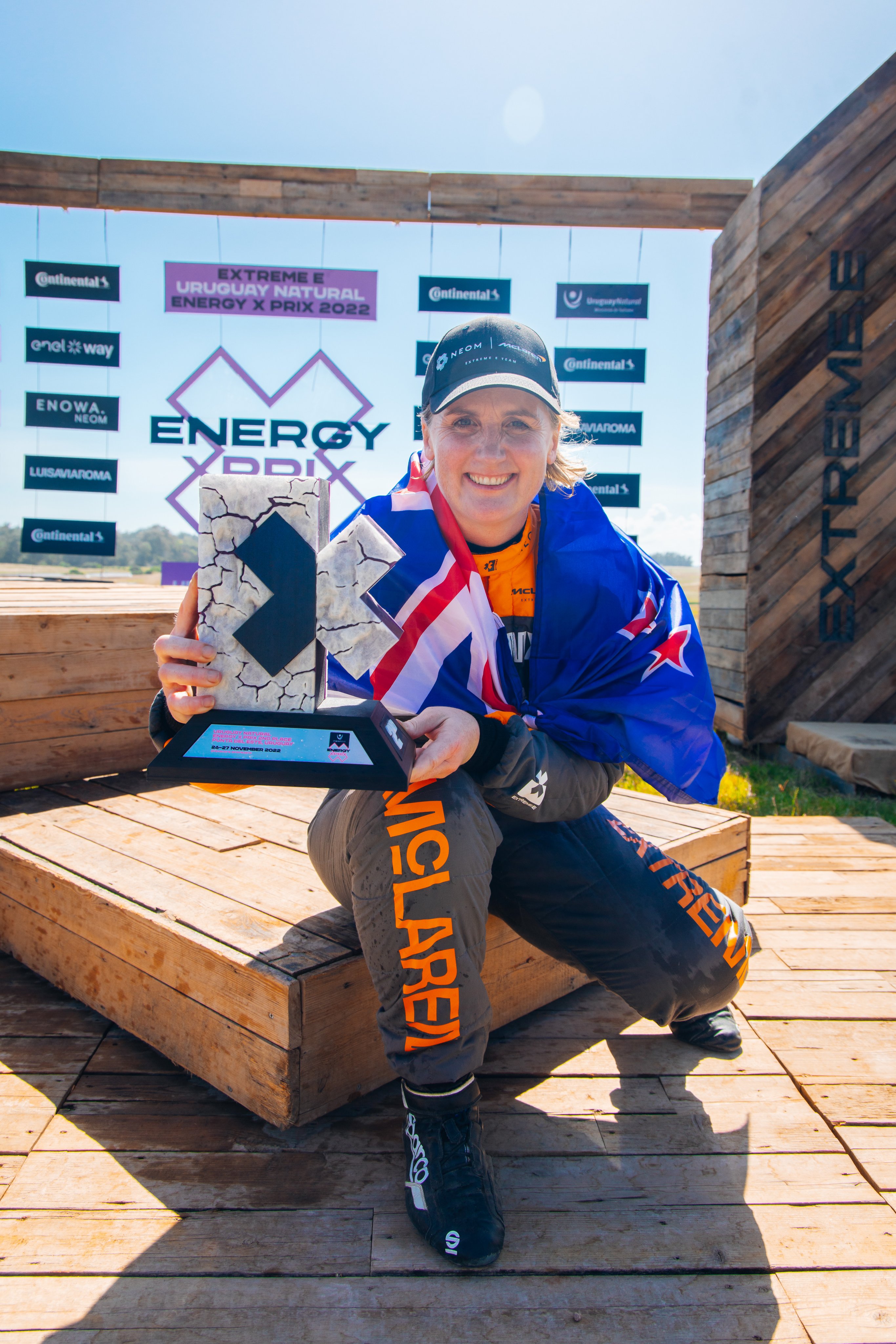 Gilmour said: “It’s just fantastic. The team has worked so hard all year. We’ve had a few setbacks along the way so this is for the team, we couldn’t do it without them. I’ve got a fantastic teammate in Tanner and I’m just so happy to finish on this high note for the season.”