How was the Saudi Grand Prix qualifying and what can we expect from the race? 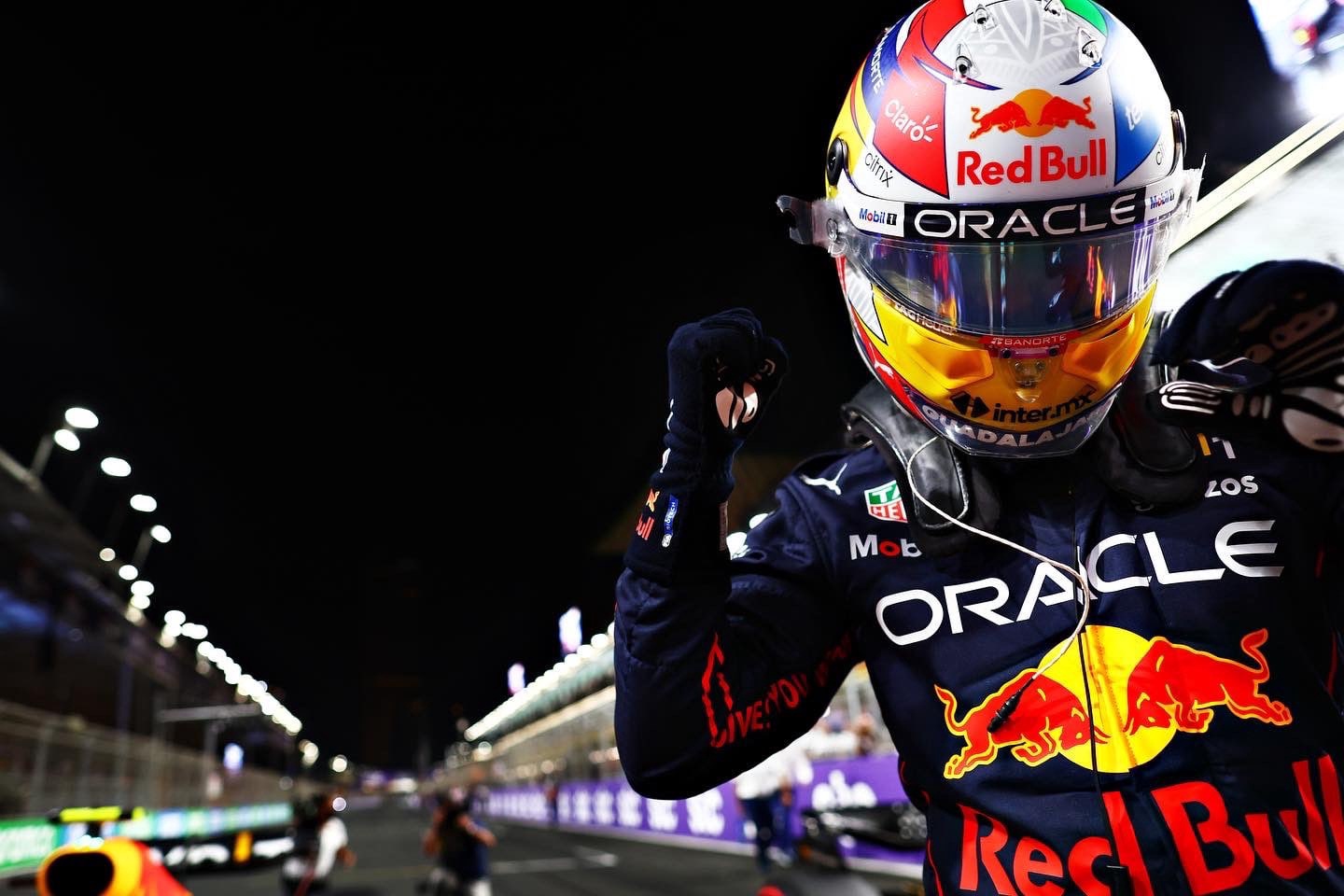 This week's race is taking place in perhaps one of the most controversial countries - Saudi Arabia. The qualification has already taken place, here are the results: 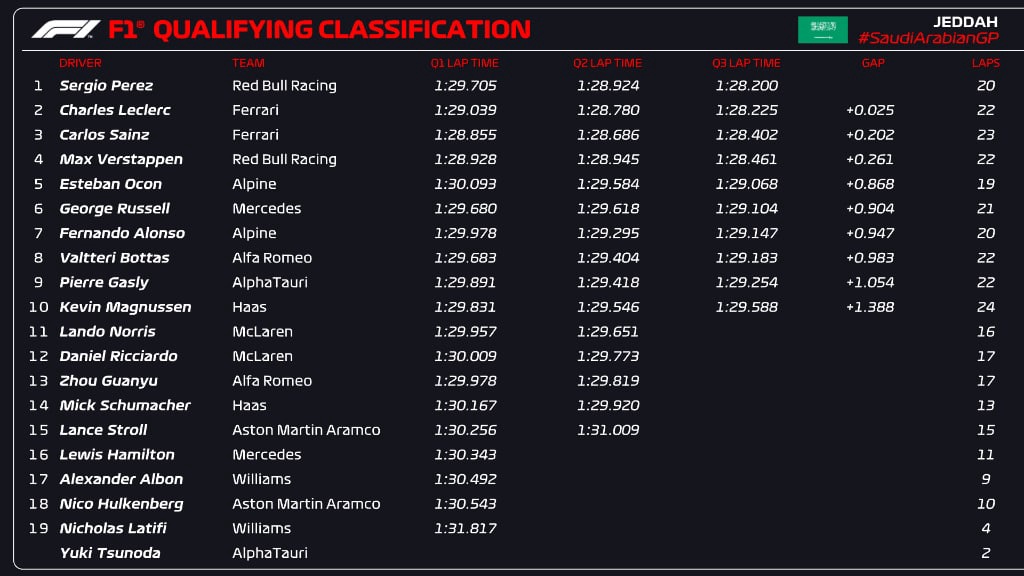 Qualifying began with the accident of Nicholas Latifi in the second sector, this incident led to short-lived, but still red flags. after the car was removed and the journalists made sure that everything was fine with him, Yuki Tsunoda was called into the pits because of problems with the car. They are the ones who are in the last two places, but the most amazing thing is who do we see in the 16th place? Lewis Hamilton could not improve the time to get into the second segment, losing only +0.088 to Lance Stroll. It is also possible that Lewis will probably start from the pit lane tomorrow because of the measurements of the details, but we know Mercedes, they can do even the most amazing things.

"I have problems with the balance of the car – it is not what we would like. Yesterday's events did not affect my mood this weekend. We are all professionals and focus on what is necessary. Unfortunately, we went in the wrong direction when working with the settings.

Maybe we'll change everything and I'll start from the pit lane. We need to figure it out” - Lewis Hamilton about his 16th position.

In the second segment there was a very unpleasant situation with Mick Schumacher. 7 minutes before the end of the time on the 3rd sector, the audience saw a Red flag, but there was no radio, which means that there was a very serious accident. And it's really true. The Haas VF-22 Mica was very badly smashed, it is difficult to assess the damage offhand, but it is clear that it is very serious, and it is possible that a chassis replacement will be required. Fortunately, the medical team arrived at the scene of the accident very quickly, and soon it became known that Mick was conscious, talking to doctors, and just a few minutes later he was taken to the medical center of the highway. Now it is known that everything is fine with him and he even called his mother. 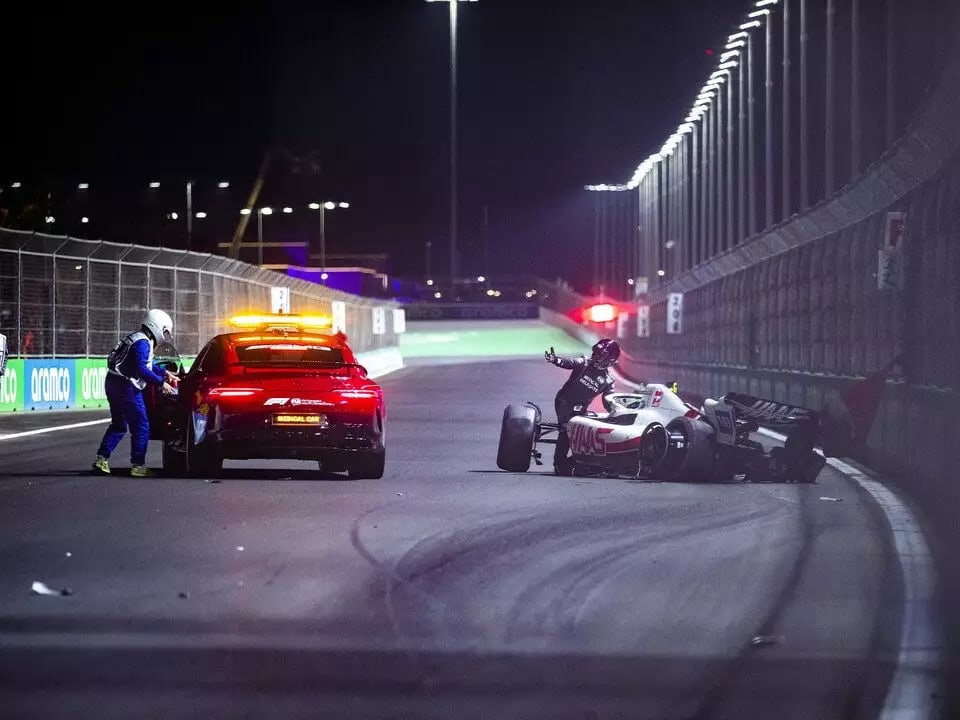 Of the amazing things in qualifying, it is worth noting a pretty good performance by McLaren. Of course, fans have been used to higher positions since last season, but 11 and 12 places for Lando Norris and Daniel Ricciardo, respectively, in comparison with qualifying in Bahrain can already be considered progress.

And finally, the third segment surprised the fans with its leader. It was not Charles Leclerc or even Carlos Sainz from Ferrari who became him, but Checo Perez, a Red Bull driver who won his first pole in his career. The gap from Charles Leclerc, who won second place, is very small, only +0.025, but the pole for red bull, after a disappointing weekend for them in Bahrain, can really be considered a gift. Huge congrats to all of his fans! It was a great lap!

"It took me a number of races before I won the pole! But what a cool circle, it's just incredible!

I can drive another 1000 laps, but I don't think I will be able to improve this result. The circle is really incredible. We didn't expect to be able to be at the level of Ferrari in qualifying and concentrated more on the race. I hope that we will overcome them tomorrow!" - Checo Perez 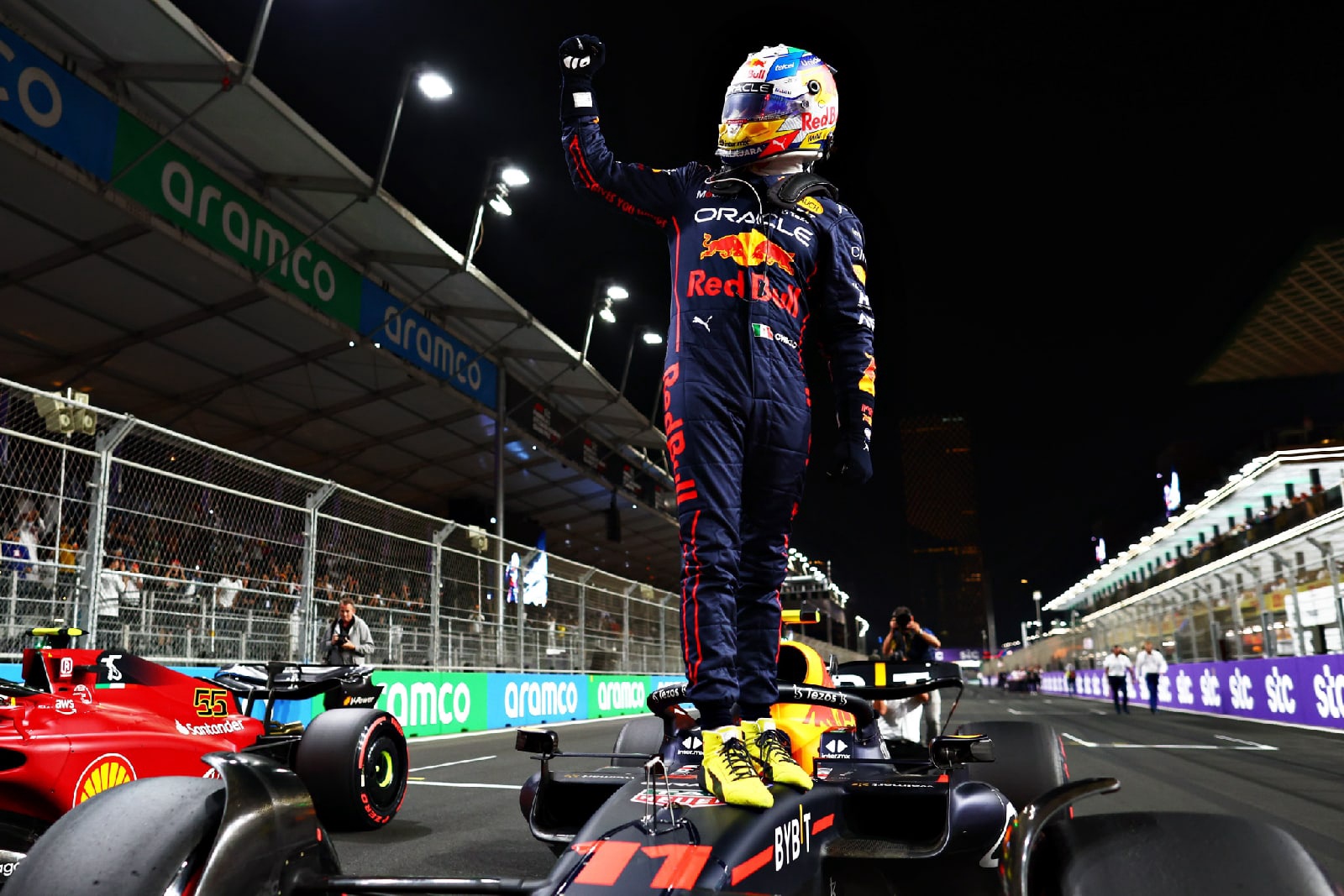 What can not be said about Max Verstappen, almost the main contender for pole, who took only 4th place. Although throughout the session he showed stability in high results. It probably didn't work out to put together a good circle. But we hope that he will win back in the race.

“My lap in the final is not outstanding, although in the first and second sessions the situation looked quite normal. My first round in the final was terrible. I do not know what this is due to, but the car behaved completely differently on that set of tires and slid much harder.

I couldn't find a normal rhythm on the second set of tires either.

I wasn't very comfortable driving, so I couldn't get the most out of the car, as I did in the first and second sessions. In a situation where the temperature of the track drops, we should easily add, but in my case there was a feeling that it was only getting worse. For the first time I found myself in such a situation - I need to understand the reasons» - Max Verstappen 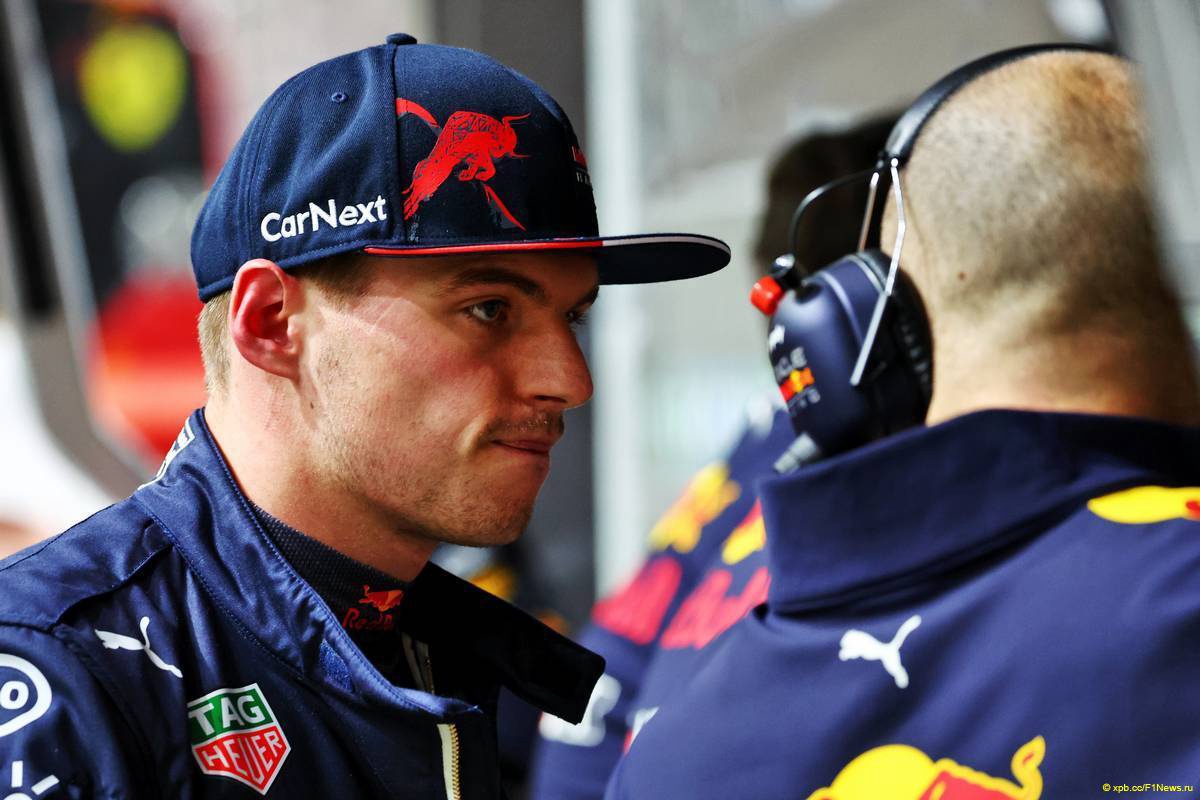 Also, a good result was shown in Alpine, where Esteban Ocon and Fernando Alonso were placed in 5th and 7th place respectively. Both drivers are happy with the qualification and say that there is a chance to compete for good points.

"It was wonderful! I think if you start from the top five on this track, a lot of opportunities open up in front of you in the race. But Fernando is also in the top ten, this is a very good result for the team, which indicates that we are progressing.

I will not make predictions for the race, but I intend to compete for the podium, because last year in Jeddah I was close to it, but I finished only fourth" - Esteban Ocon.

"I think the seventh result is about what you could count on. Overall, today was a good day, we showed good speed.

We managed to qualify for the final in Bahrain, today we repeated it in Jeddah, and so far our business is somewhat better than a week ago. So far, everything is going positively for the team, and our car makes a good impression” - Fernando Alonso. 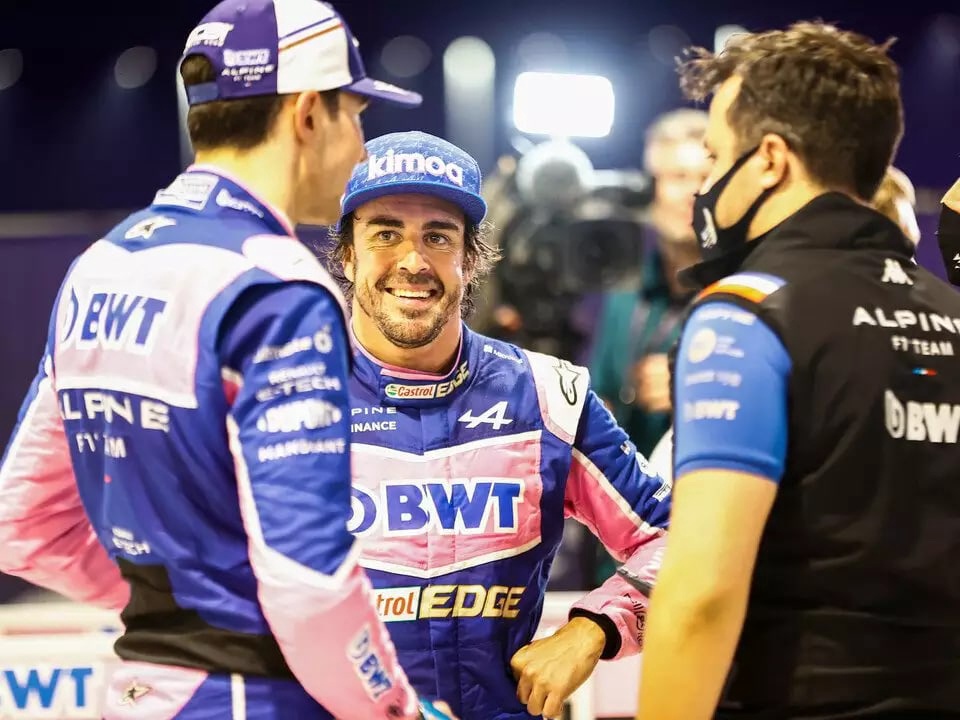 And the last incredible surprise worth discussing is, of course, George Russell. Today he was able to compete only for 5th place, but if you look at his difference with his partner, 7-time world champion Lewis Hamilton, the thought may involuntarily slip that George is not just catching up with such an influential driver, but also surpassing. An incredible talent who will be able to compete for the podium tomorrow.

Watch the race tomorrow and cheer for your favorite drivers with us!