The famous Australian circuit had changed at some points, however it produced an interesting race weekend. 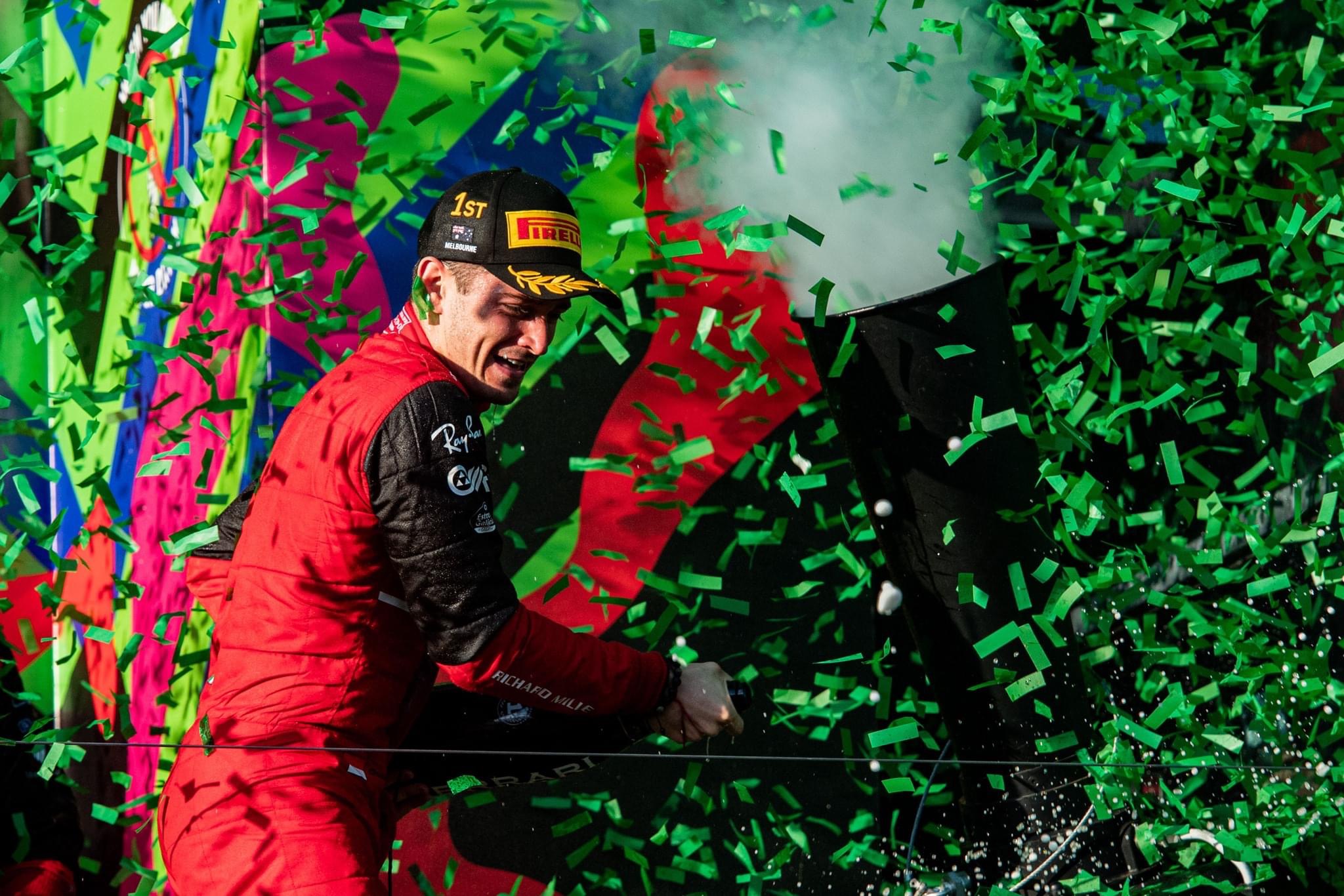 Due to the pandemic, Australia had to skip 2020 and 2021. It meant a huge tragedy for the fans there as well as some financial difficulties.

After this race weekend is’s declared that everyone have missed this location. Both the drivers and the viewers were delighted. The long waiting was worth it.

It’s been reported that it became one of the most attended sport events in the history of the country. According to some statistics, the race weekend have been attended by nearly 420,000 people and entered into the hall of the most visited races ever in F1. 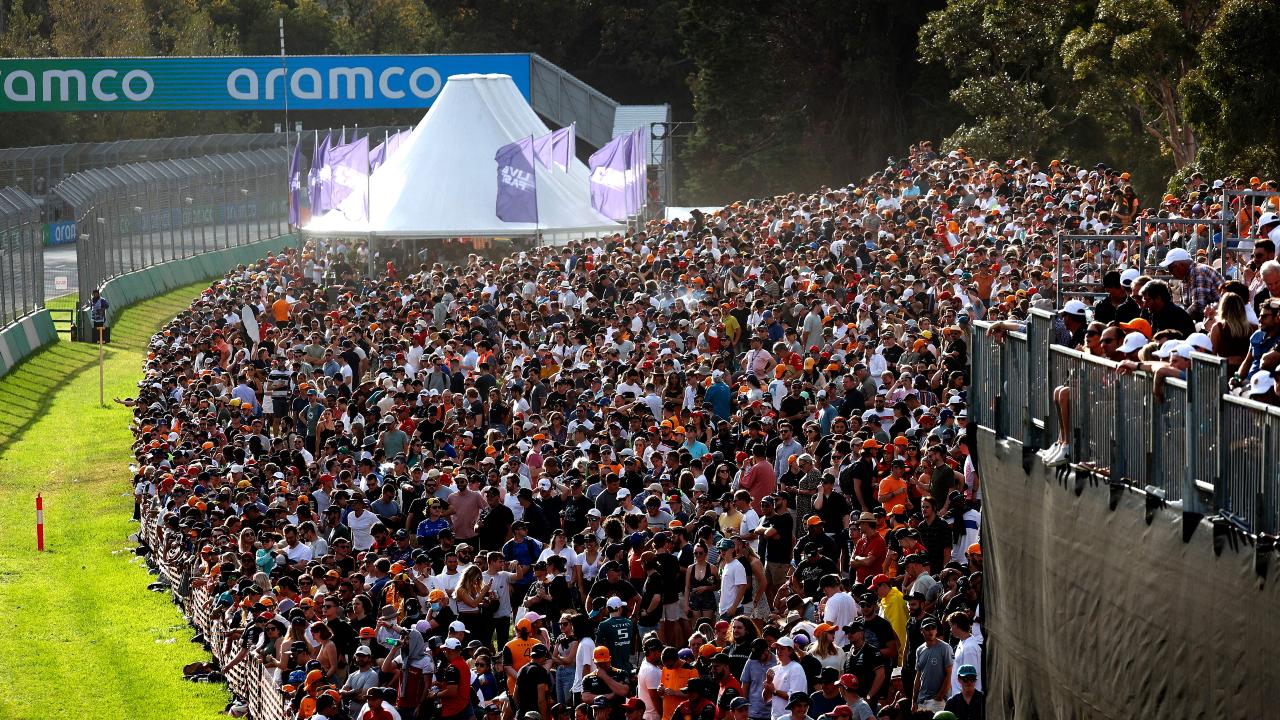 Alex Albon must be mentioned here. He and all the Williams’ strategists have done an unbelievable job with keeping Albon on the same hard tyres until the very last lap. That was more than a risky decision. But the plan proved to be successful and led the team to collect one point as Albon finished P10.

Also a good news that McLaren seems to be back to the way of success. They have returned to the first part of the midfield. Naturally, it’s not caused by luck but hard work and different layouts compared to last races. Although, Lando Norris finished in front of the local favourite, Daniel Ricciardo, he can’t be disappointed with P6 and a consistent performance. 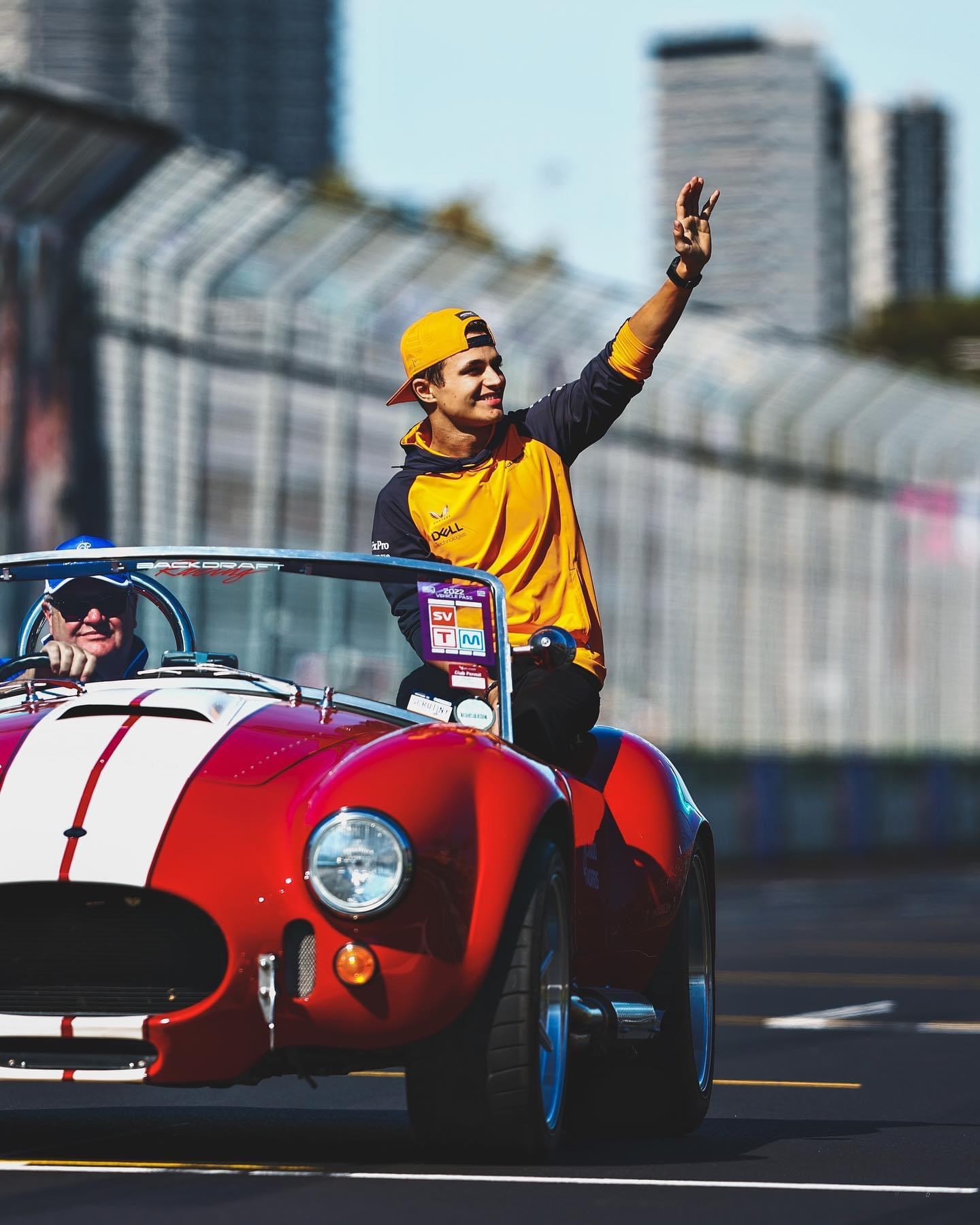 It’s been a shameful weekend for Aston Martin. There was chaos every day. Both car had been broken before Sunday, not to mention some technical issues and things like Lance Stroll’s strongly questionable crash with the other Canadian on Saturday or the recovered Sebastian Vettel’s action with a scooter. The race was less terrible; Stroll could finish with a P12, however Vettel crashed and dropped out. It caused the second second yellow flag. The story of the first is even more sad.

Carlos Sainz had awful days in Australia (you can read more about his problems and a rumour in another article on this site). He was suffering from several technical problems. He couldn’t attack others for better positions. His end of the race was on the second lap; after a mistake he got into the gravel.

Fernando Alonso’s and Alpha Tauri’s bad luck was the medium compound. These tyres became useless: after a few laps the grain was unbearable for the cars.

The biggest loser of the race is definitely Max Verstappen. He didn’t have advantage against Charles Leclerc but it seemed a stable second place with massive points. In the 38th laps the engine compartment (or then e fuel system) caught fire. The car must have been stopped and retired after firefighting. 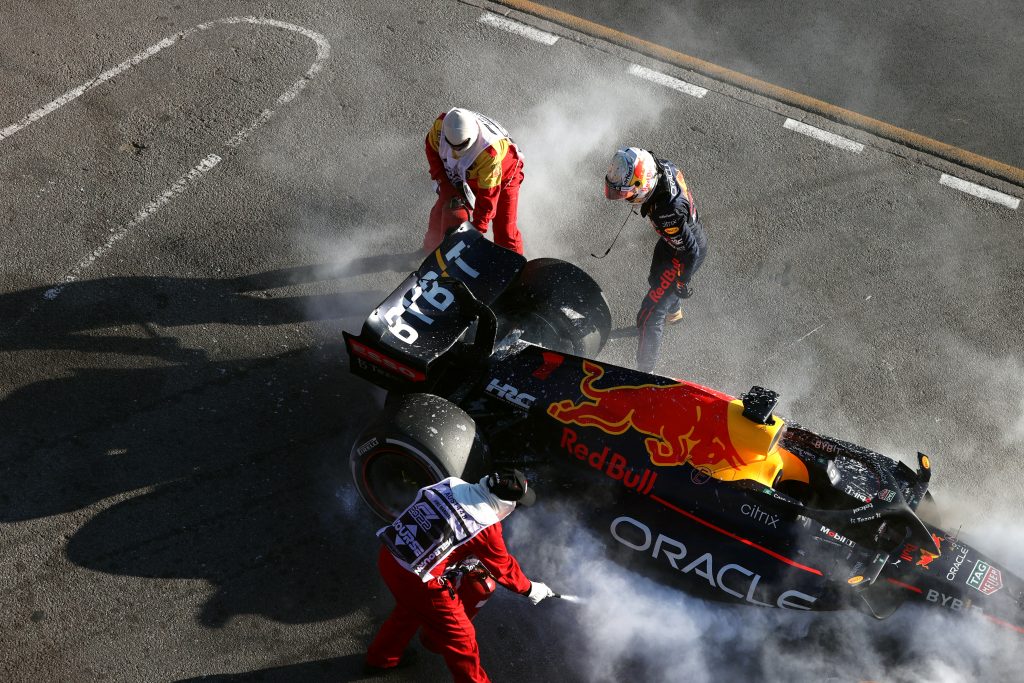 There were three happy drivers up on the podium.

Leclerc could celebrate another victory- may be the easiest one of his career as Mark Webber referred to it during the interview after the race. His points increased even with plus one point as he completed the fastest lap. He has achieved the Grand Slam.

Sergio Pèrez was also happy even if only for that he could have finished the race. He must use out every situation when he can finish in front of his teammate.

George Russel became the third. He spoke clearly about what the results means and he tried to be realistic. 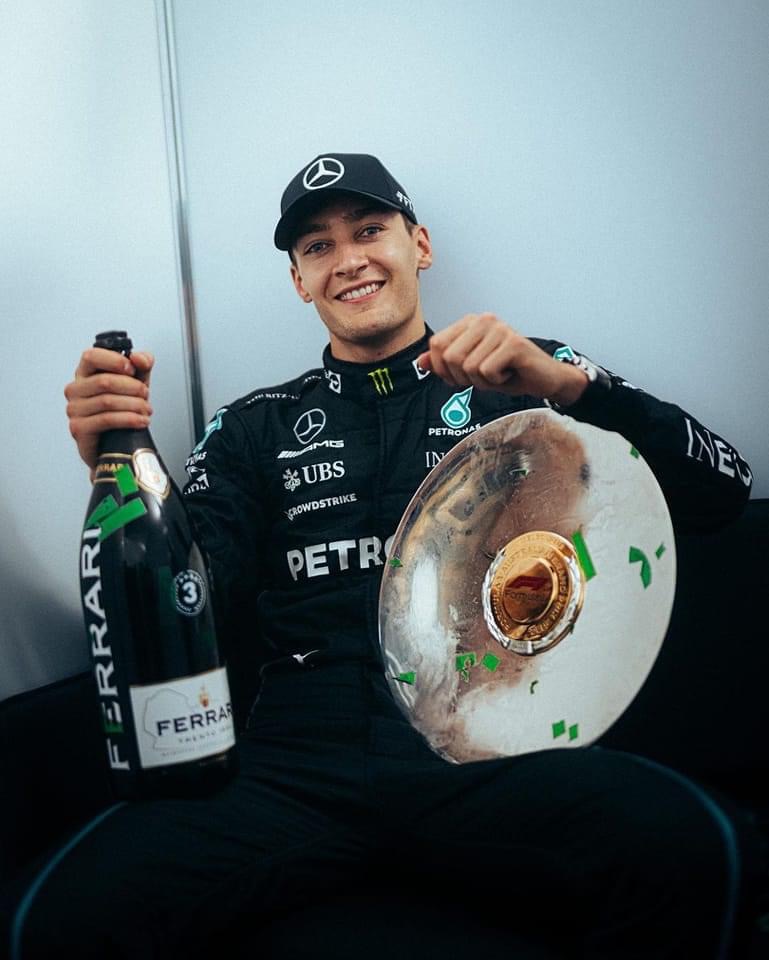 Perhaps, it wasn’t the most eventful race of the season but interesting topics have been given until Imola.