Mercedes is back in the fight: qualifying for the Barcelona Grand Prix

Is another team really going to be able to make a fight with the leaders? 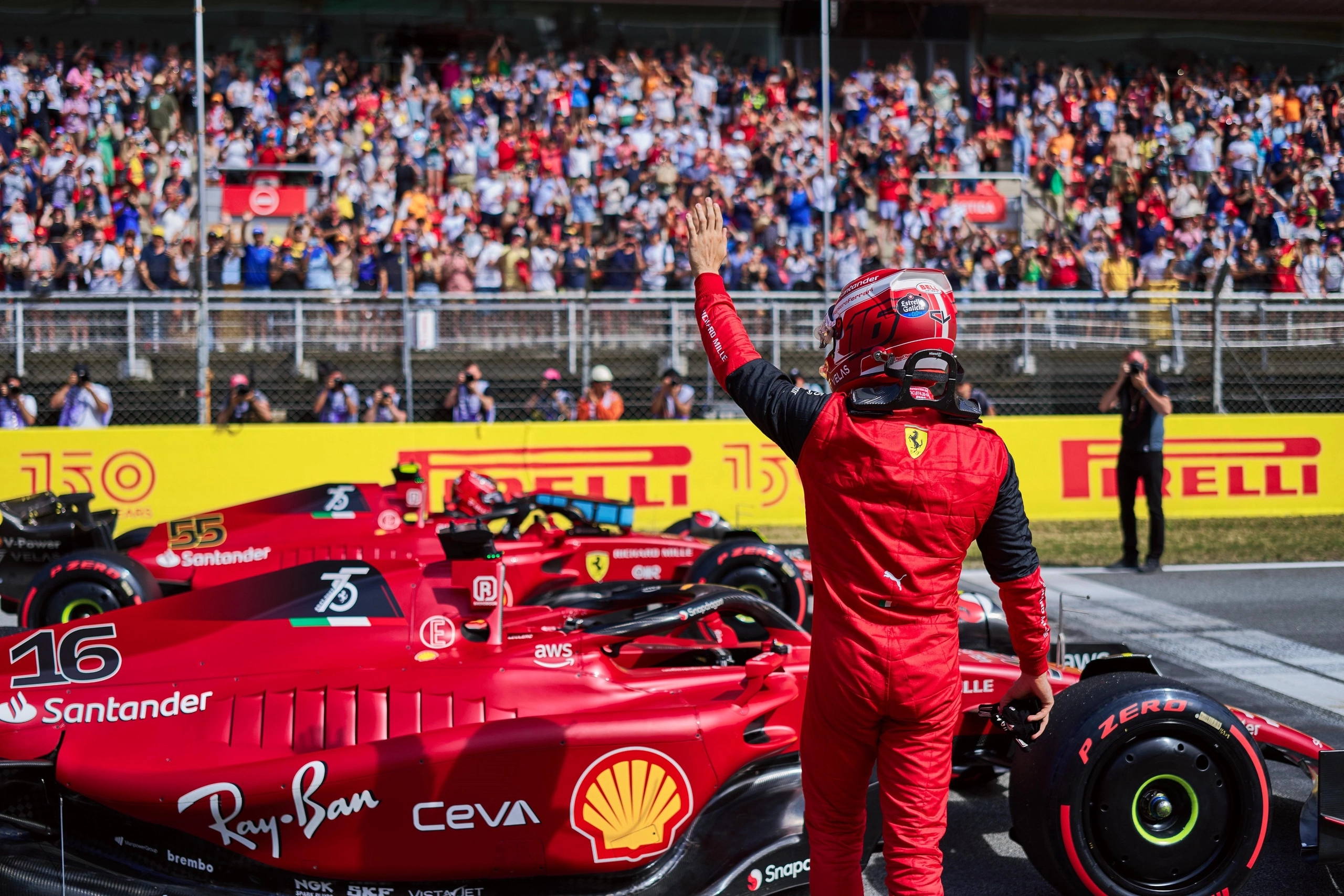 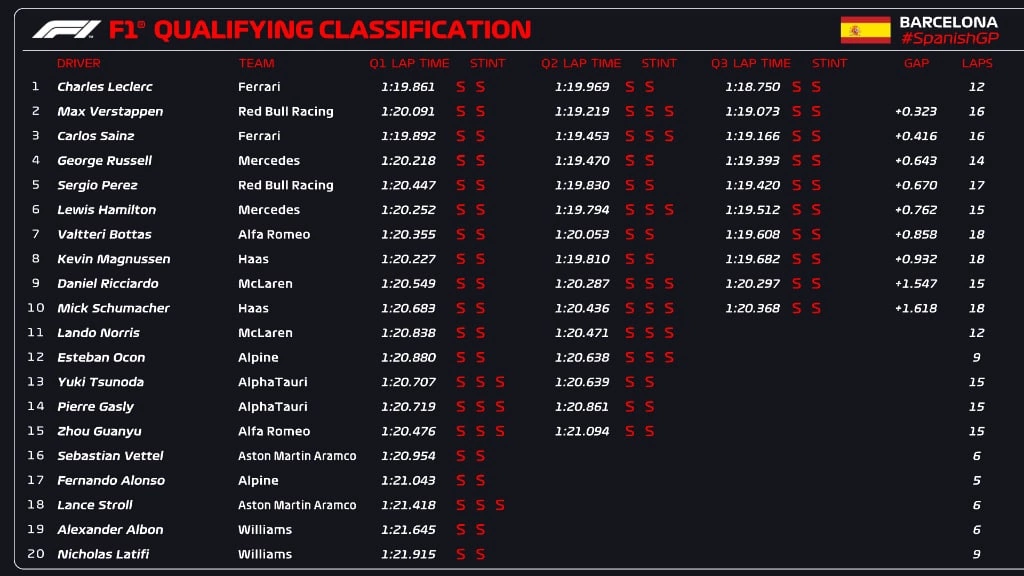 Charles Leclerc won the pole in Barcelona, although he made a mistake in his first attempt in the qualifying final, and hopes that tomorrow Ferrari will be able to compete for a winning double.

"After a very difficult session, I am in a great mood, because in the final session I made a mistake in the first attempt, after which I had the opportunity to drive only one fast lap.

But everything turned out very well, although there were moments during the decisive attempt when I was on the verge, but I managed to finish the job, and everything worked out – I won the pole, so I'm very happy. I managed to drive a good lap, but the car also pleased me.

I have a favorable starting position, but in the last two races we had difficulties with tires, which Red Bull did not have. Max starts right behind me, and if we don't manage to find the approach to the tires, we may miss the victory. Therefore, we need to deal with these difficulties and work properly with rubber tomorrow.

I hope Carlos and I will be able to win a winning double in the race, it would be a great achievement for our team – we are ready to give 100% for this” - Charles Leclerc (1st).

Red Bull Racing drivers lost to rivals from Ferrari in qualifying, but expect to win back due to the best pace in the race.

"Tomorrow I start second – not a bad result, but it's still a shame for the last attempt, in which I didn't open the DRS. I lost three or four tenths on this and decided to break the circle. It didn't work out to compete for pole, but I hope to win back tomorrow.

Ferrari cars are very fast, it will not be easy to win against them – in the morning they showed good speed on a long series of laps. Due to the heat, a lot will be solved by monitoring the condition of tires at a distance and a high racing pace. I hope I'll be faster at the start tomorrow and come out ahead in the first corner” - Max Verstappen (2nd). 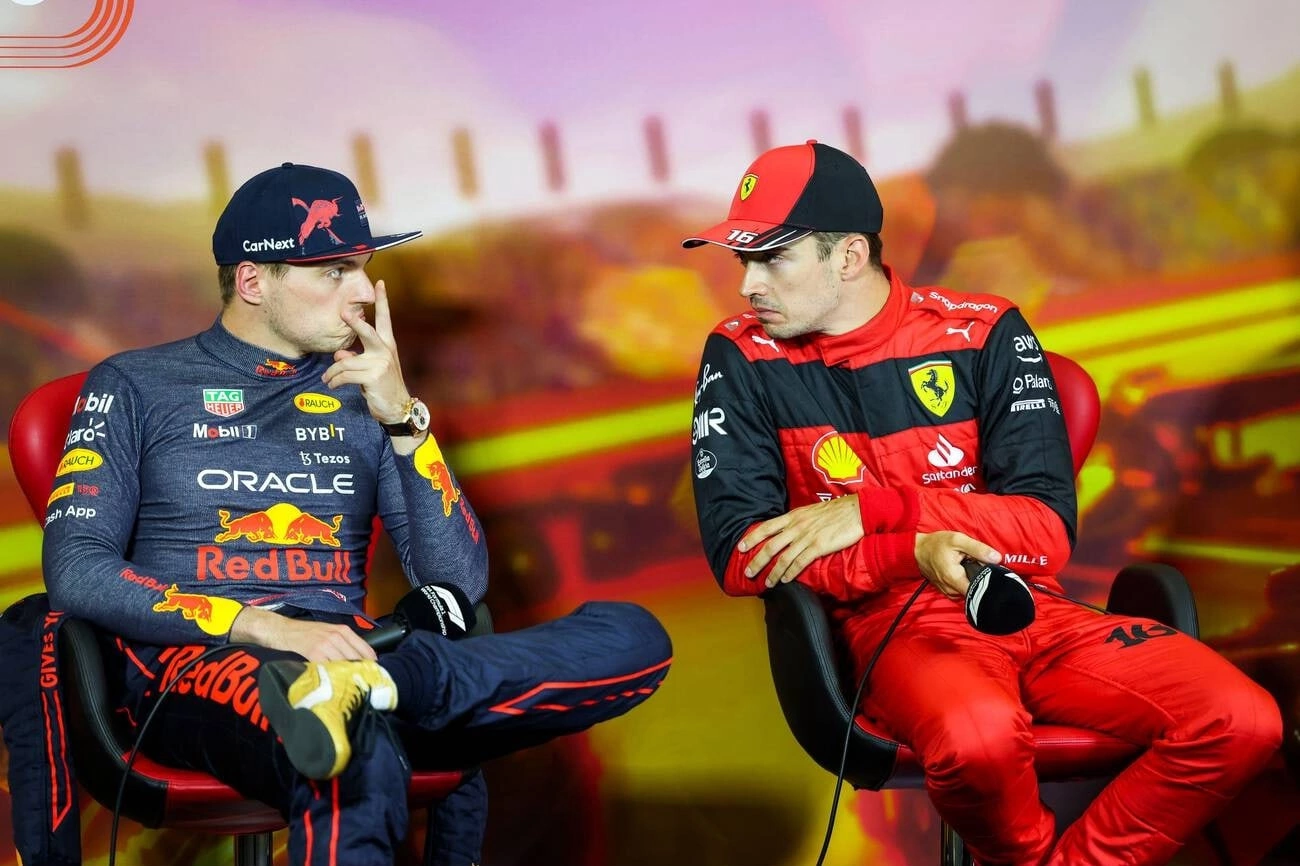 "We tried to improve in the final attempt by adjusting the settings, but the behavior of the car changed for the worse and I could not drive a clean lap.

During the whole weekend I had to fight with the car, I was uncomfortable, we tried to change something, but today I couldn't get it to work on a fast lap.

Not the best result, but we have a good racing pace – tomorrow we will press our rivals. Tomorrow we will have a long and hot race with serious rubber wear – anything can happen, so even from fifth place there is a chance” - Sergio Perez (5th). 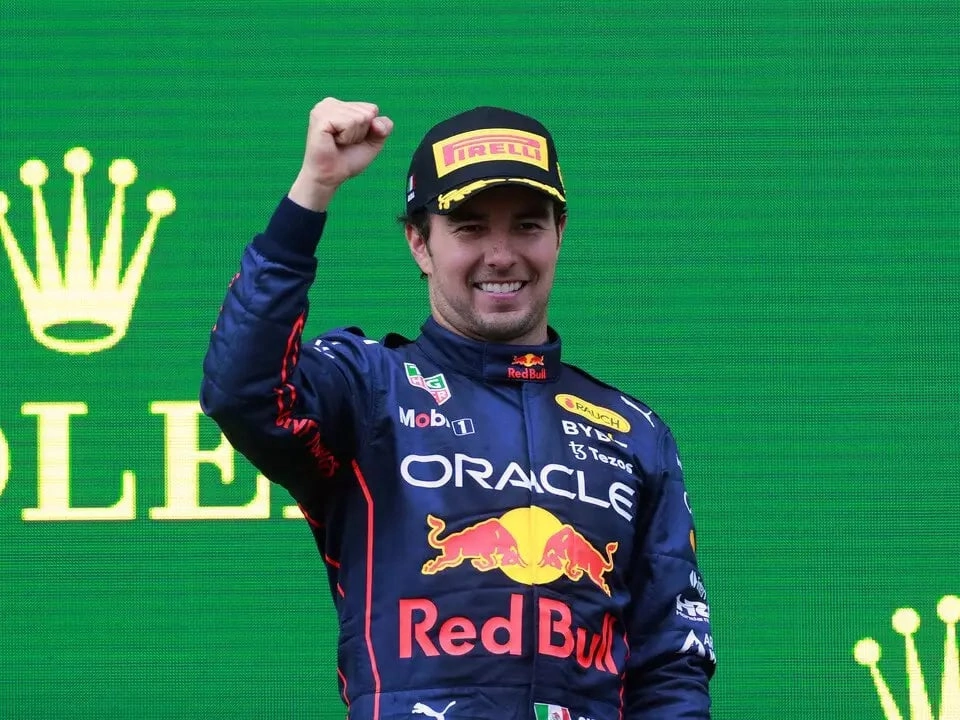 After difficult training sessions, Carlos Sainz is happy to qualify third on the home track.

"So far, the weekend is not easy. Due to the heat and wind, the conditions were very difficult, but today I managed to drive a clean lap, so tomorrow I will participate in the fight for victory.

The key factors are start and tire condition monitoring. Let's see if I can get off to a good start and win back one or two positions, but third place is a decent result on rolled tires.

Everything is possible tomorrow. I will do everything to get ahead at the start and try to use any opportunities in the race” - Carlos Sainz (3rd).

George Russell qualified fourth in Barcelona, equalizing the score in the fight with his partner – after six stages in Mercedes 3:3. Lewis Hamilton qualified 6th.

"Qualifying didn't go quite the way we wanted. The tires could not be brought into optimal mode, I felt that I could drive faster, but fourth place is my best result of the season.

Judging the pace on the long series of laps on Friday, we can say that our car is more competitive at the distance than in qualifying, so we have a chance against Ferrari, but the Red Bull cars, especially Max, were very fast on Friday» - George Russell (4th). 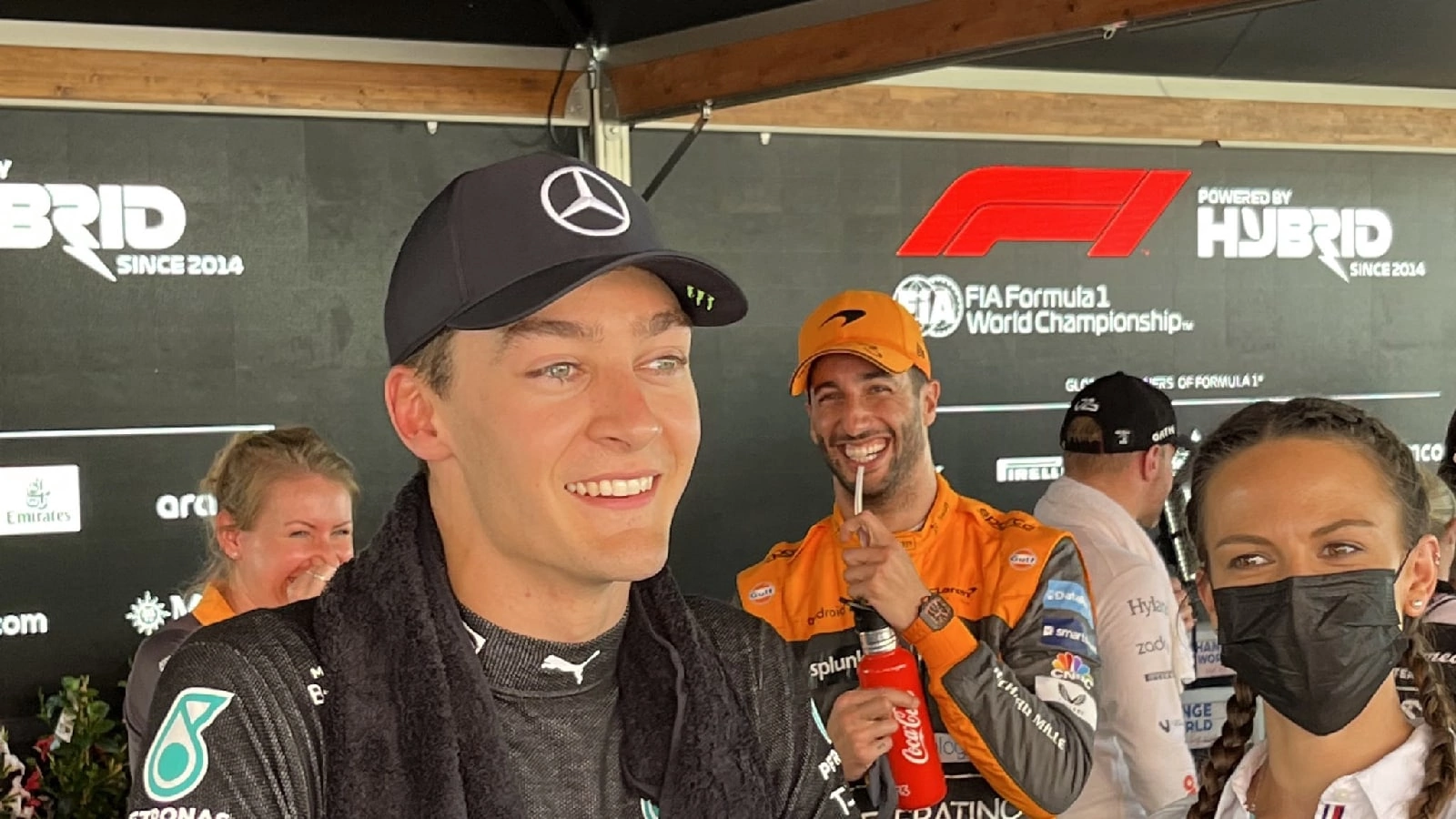 "The team did a great job, our car is no longer rocking on the straights – this is a huge progress, and in general it has become better this weekend.

In high–speed turns, the swing remains - in the third and in the ninth, the work needs to continue and try to add downforce.

I am a little upset with the result, I wanted to qualify higher – George was able to achieve this, and I will continue to attack. 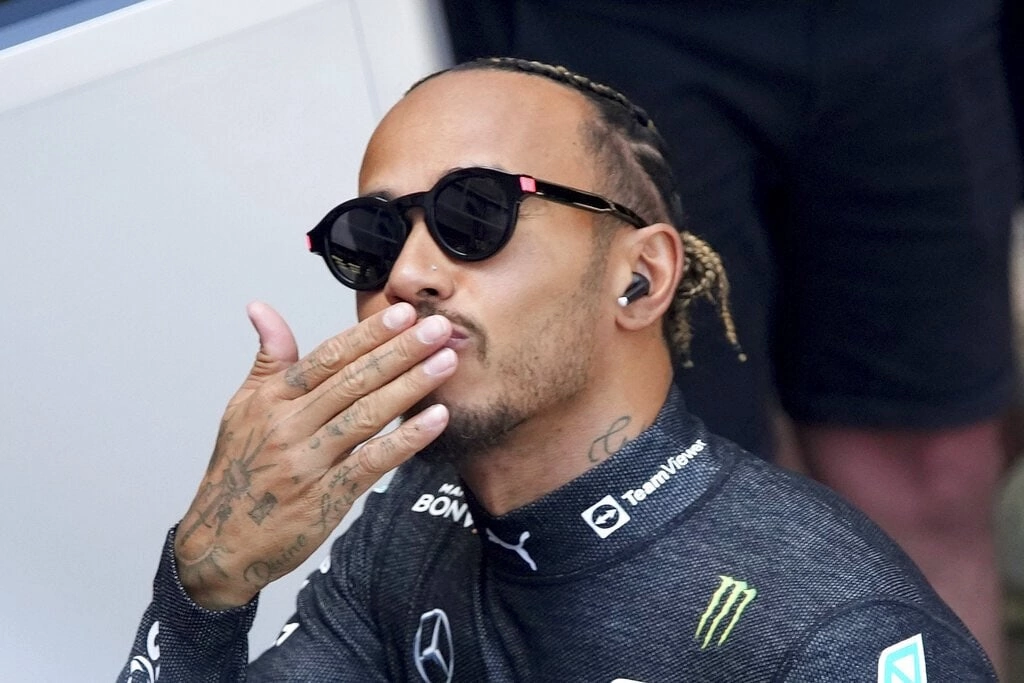 Alfa Romeo completed their qualifying task by making their way with two cars to the second session and one to the final. The plan for the race is to earn points with two cars.

"I'm happy with the result, especially since it's hard to overtake on this track. We did not expect that this track would suit us so well, but the prepared novelties allowed us to take a step forward.

I think seventh place today was the best possible result, and I'm glad I was able to achieve it. Usually our car is more efficient in the race, I have a good feeling!" - Valtteri Bottas (7th).

"I am looking forward to tomorrow's race with optimism, the speed of the car allows us to fight for getting into the top ten.

I could have qualified 10th or 11th today, but we wanted to avoid a repeat of the situation that arose in Miami when I got stuck in traffic at the end of the first part of qualifying, so we decided to drive three attempts on Soft tires. Now it is clear that the second attempt was enough to go further.

In the second session it was more difficult – there were no fresh tires left, but we did everything we could. I will try to win back these positions in the race and finish in the top ten” - Guanyu Zhou (15th). 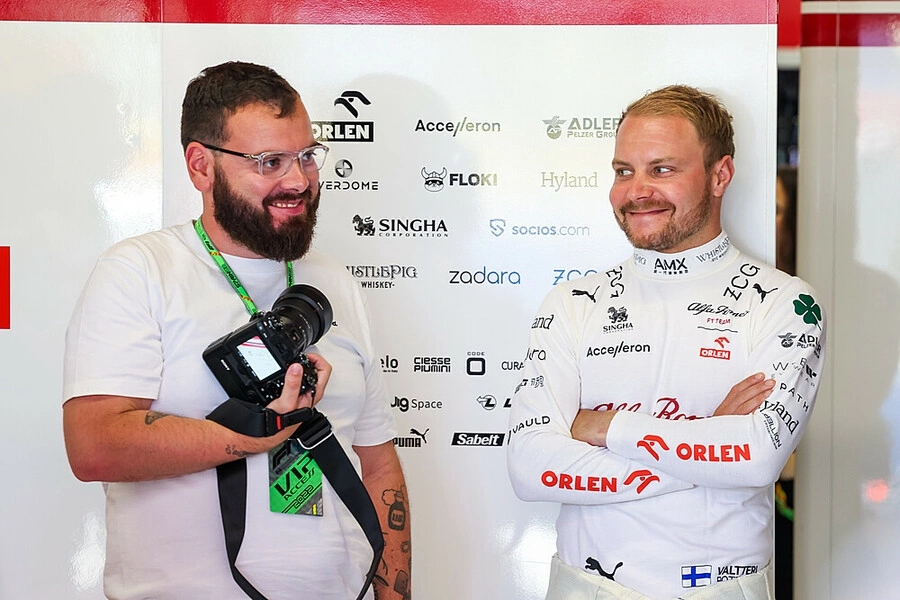 In Barcelona, Kevin Magnussen and Mick Schumacher qualified eighth and tenth respectively. For the first time since the 2019 Brazilian Grand Prix, both Haas drivers reached the qualifying final, Mick – for the first time in his career. The team expects two cars to earn points in the race.

"I am very happy with the result. For the first time in the season, we reached the final with two cars – the result shows how good the car is. Interestingly, many teams brought new items this weekend, but there is no feeling that they helped them to noticeably add. We didn't bring updates, but we made a small step forward by working with the settings.

In qualifying, I had problems with DRS, which caused me to waste time. I don't know how significant the loss of time was, but today I was close to the top five and could have achieved more. I start eighth and I intend to compete for points!" - Kevin Magnussen (8th). 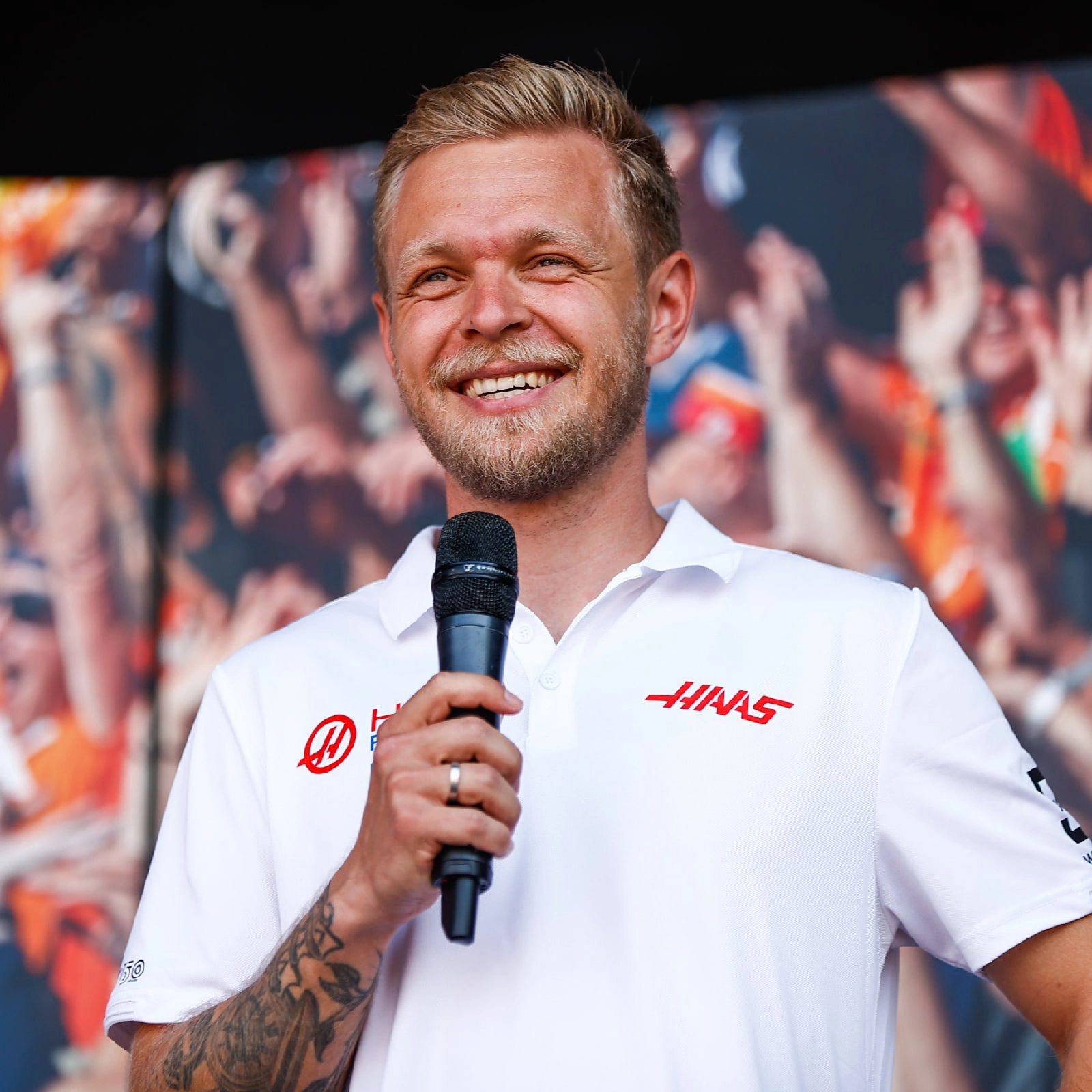 "Of course, we are happy to reach the qualifying final. It seemed that I didn't have enough speed for this, but I still managed to get into the top ten.

The inability to work in the third training session definitely slowed down the work, but we coped, so I'm happy with today and very grateful to the team. Many teams have brought updates, but we are pleased to realize that despite the lack of new products, we are still participating in the fight” - Mick Schumacher (10th). 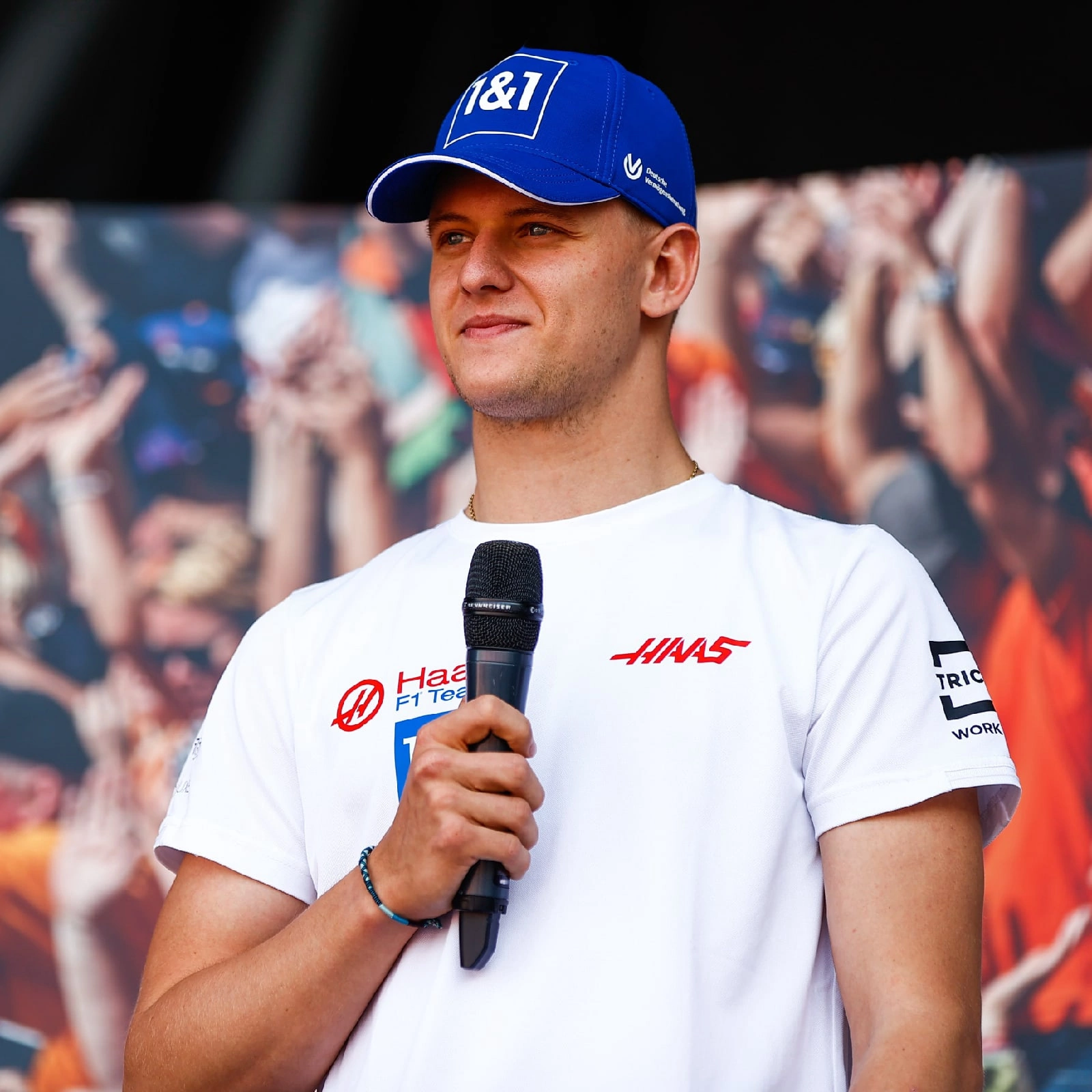 In Barcelona, the upgraded McLaren car made it possible to fight for entry into the qualifying final, and Daniel Ricciardo succeeded, while Lando Norris was outside the top ten due to a fine: in one of the turns his car was off the track.

"I'm happy that I made it to the qualifying final, although there were no guarantees that the car would allow it, because we weren't fast enough this weekend. In general, there was no confidence, although, of course, we were trying to get into the third session.

Since this was successful, we can say that the task was completed – for this it was necessary to add a couple of tenths, which is not so easy to do in such conditions, because the asphalt is too hot today.

Because of this, there were difficulties with the clutch, the level of which was constantly changing. At some moments it was possible to find him, at some - not. As a result, I start from the 9th position, and from the clean side of the track - let's hope that this can also become a favorable factor. So in general, the day turned out well.

The race promises to be interesting if you take into account factors such as degradation of rubber and high physical activity. However, although the weather is hot in Barcelona, the humidity here is still less than in Miami. It's hot in the cockpit, of course, but it's a little easier to bear, so after qualifying I don't feel particularly tired. However, let's see what condition I'll be in after 66 laps of tomorrow's race” - Daniel Ricciardo (9th). 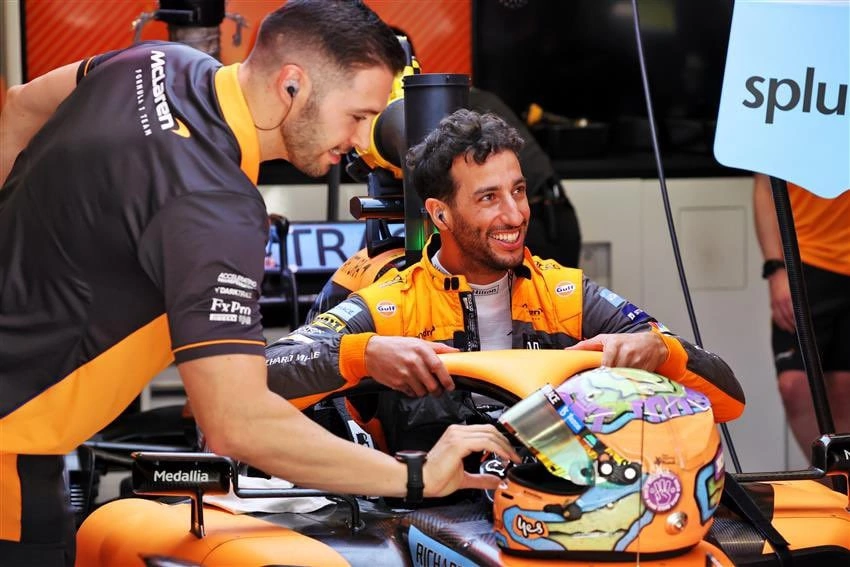 "Today promised a lot, so it's a shame that everything ended like this. I don't think that in the entire history of racing in Barcelona, anyone was fined for violating the limits of the track in that turn. I must have been the first, which surprises me somewhat.

I thought the car didn't cross the lines, but it turned out that it didn't. I suppose if you look at the recordings made by the onboard camera installed on my car, it seems that I am still on the line, but on the videos that the stewards have at their disposal, I crossed it. But no one has ever been fined for violating the limits of the route in this place, and all this is somewhat strange.

The time of my best lap was removed, it's a shame, because our car was capable of a high pace, and we could climb a couple of positions higher. It's hard to overtake in Barcelona, so it's going to be a difficult race, but let's hope that I will be able to get ahead of several rivals and perform well in the Spanish Grand Prix” - Lando Norris (11th). 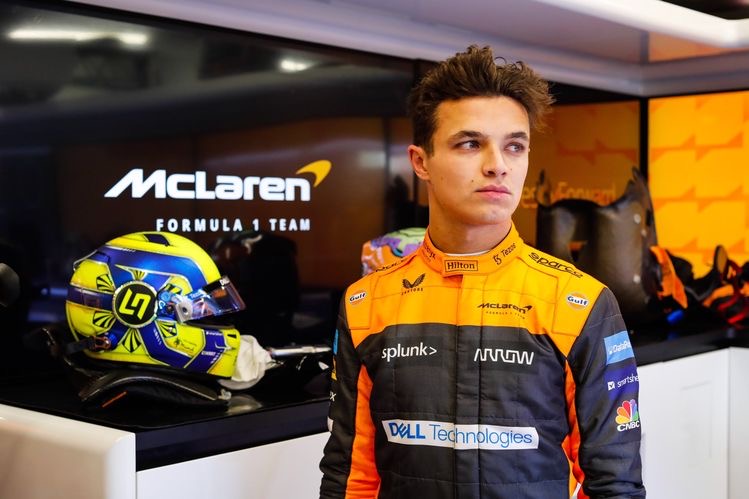 The race will be held today, follow all the events with us!