The first impressions from the teams after FP1 & FP2 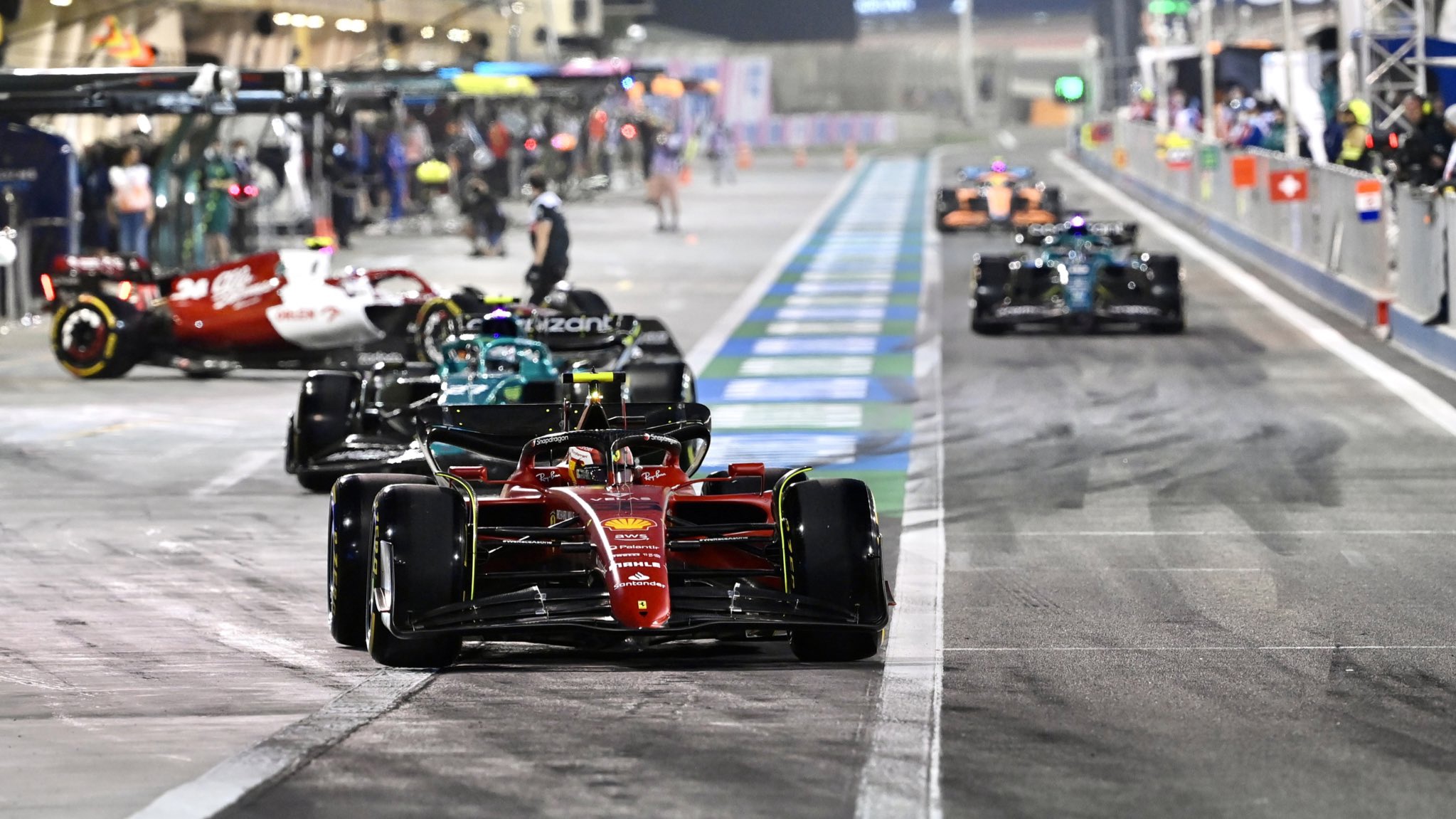 Bahrain Grand Prix is opening the 2022 season and the new era and that is why all the details of this weekend are so precious, the practice sessions too.

Bahrain International Circuit already held the pre-season testing, the teams had the first practice sessions before the GP, Pierre Gasly and Max Verstappen headed the leaderboards.

After the practice Ferrari drivers keep their status of one of the favorites, in addition to a powerful engine they have already made up an effective bodywork and this Friday they brought more updates to it.

Also we can see Red Bull remained in a good shape. The problem of the car weight is crucial in these regulations and Red Bull team had had a maximum car weight of 798kg, now they seem to lighten their car a bit, which will be beneficial. Max Verstappen who headed the leaderboard in fp2 was happy with the car and apparently, he thinks nobody was going full pace of Friday.

Alpine had their issues as the sidepod of Ocon‘s car got broken during fp1. However Alonso said the car felt very good. But then he added that the conditions on this track are changing fast and tomorrow they can have a different car because of that.

According to the leaderboard, the creative concept of Mercedes needs to be studied deeper, but as Carlos Sainz said, this is just a classic act from the team, meaning they remain competitive enough.

McLaren unfortunately are not yet reaching the level they wanted, and Lando Norris together with Daniel Ricciardo remain out of the top 10, and moreover they lost much time with Daniel’s car during practice.

The Aston Martin team, who are having a temporary new line up with Nico Hülkenberg replacing Sebastian Vettel are not competitive enough, but their true level will be revealed only after Qualifying, same way with all other teams. Nico himself got some valuable advice from Vettel, but still he said the car feels very different from what it was before, especially with the brakes.

In Williams, both drivers say the team knows the way to receiving a more efficient car in Qualifying but coming to this circuit they knew they’ll struggle a bit since historically Bahrain was not quite their track.

Haas drivers remain very positive about the process and Magnussen thinks in fp3 they’ll focus just on long runs as they are already confident enough in qualifying. For now, we can say that giving up last year for 2022 car was worth it for Haas.

Alfa Romeo were another ones who are happy with their progress and Valtteri Bottas says they can hope for Q3.

In Alpha Tauri it’s a bit of the opposite, Pierre Gasly who finished first in fp1 says their car struggles massively in cooler evening conditions.

All in all every team has room to improve for sure, and for this they still have practice 3.

The fact that the first Grand Prix will be on the same track pre season testing was is very good for the teams and the drivers, as having all new regulations, with completely different cars, they will already have much data to take first steps into fitting the right settings. Alongside the new technical design we have seen fresh liveries, the major surprise was probably Alpine‘s, which have taken the pink parts from the BWT sponsorship, coming together with a bolder change: in the meantime Otmar Szafnauer made a sensational switch to the French team leaving Aston Martin.

Obviously, the main part of this weekend is still coming and tomorrow after the final practice session before the start of it. Here we can expect more reliable results of course and many answers for all the questions.