The first sprint race of the season, which was not without surprises.

Here are the results: 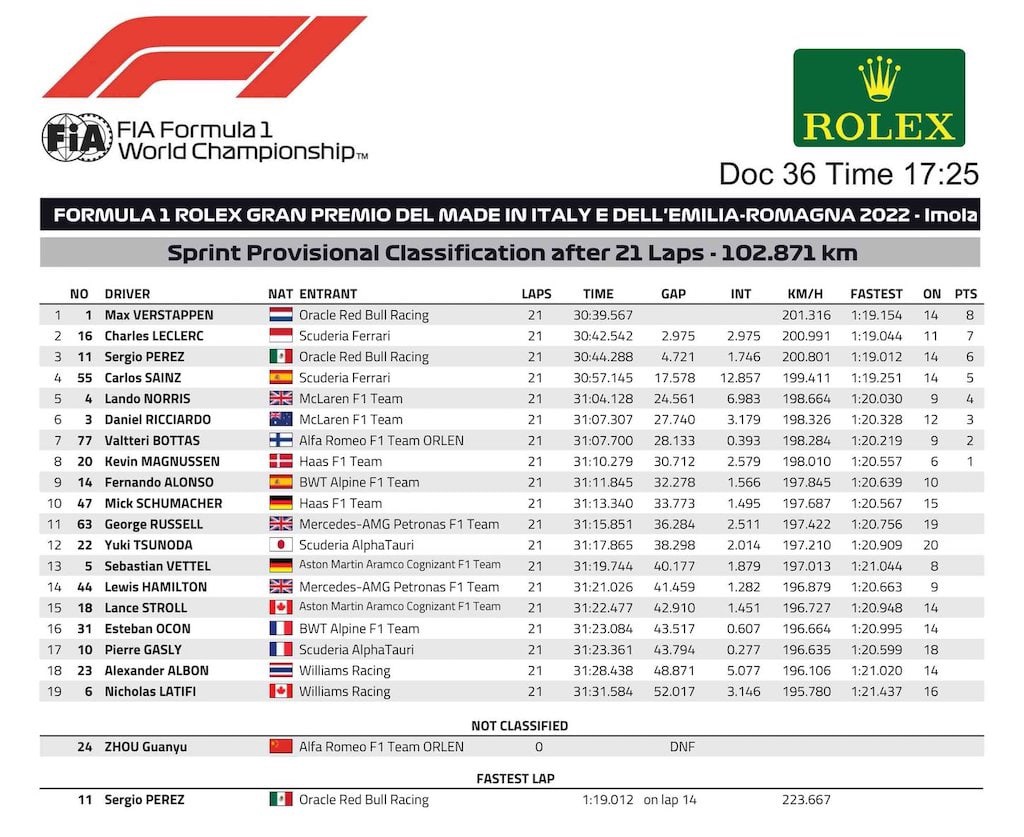 The sprint race turned out to be incredibly interesting, due to the struggle for the first place between the current champion Max Verstappen and the leader of the championship Charles Leclerc. Max Verstappen got off to a bad start, losing first place to Charles Leclerc and for a while even defended his position from McLaren driver Lando Norris. But Verstappen was able to win back and finished first, not hiding his joyful feelings about this.

"The start didn't turn out very well – I don't know what happened then, but the wheels skidded too much. After that, it was necessary to remain calm, and at first it seemed that Charles could keep a higher pace.

But some time passed, and I managed to start pressing Charles. I think we did a little better with the tyres today, and at the end of the race it helped us. The tires on Leclerc’s Ferrari started to give out, and I was able to get close enough to use the DRS – we had a great duel before the second corner.

But I had to attack in full force! I understand that tomorrow the situation may change again, but today we did everything on these tires. So I am pleased that we ended up having a great sprint race, in which the fight was of a correct nature. 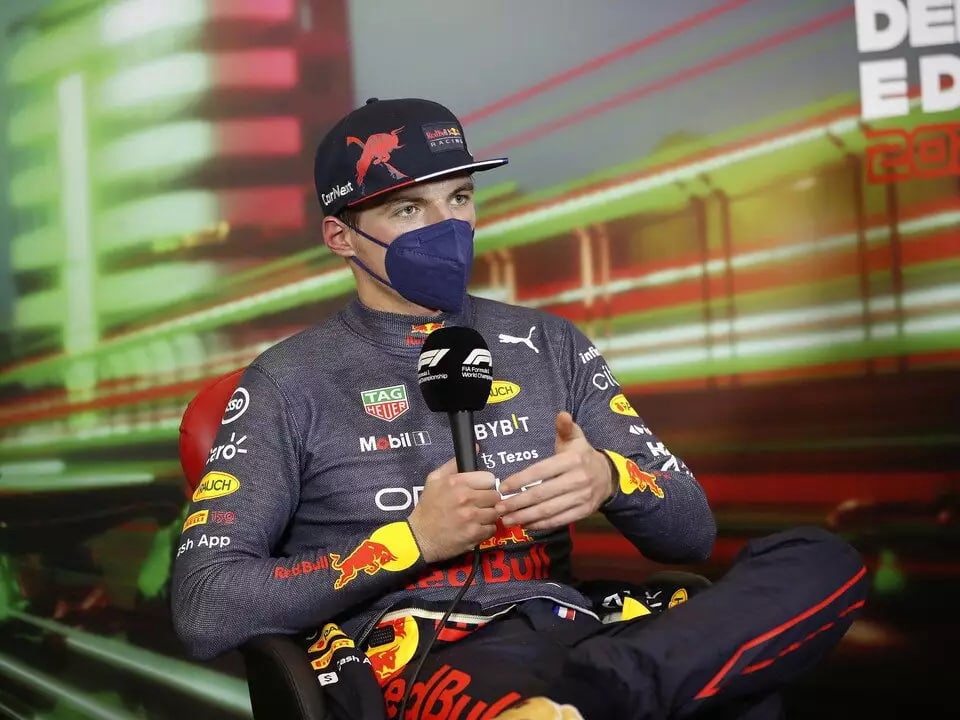 "Great fight. Max controlled the situation. We had less tire wear than Ferrari – and both drivers performed superbly. Sergio was also able to recoup.

I was sure that the fight would be tight, the car is very fast with DRS – and in the end we earned the right to start from the first and third positions in Sunday's race. However, I'm sure it won't be easy tomorrow” - Christian Horner.

Charles Leclerc won the start of the sprint in Imola and led most of the distance, but two laps before the finish he was overtaken by Max Verstappen.

The Ferrari driver explained the loss to Verstappen by the degradation of the front left tire.

"In any case, tomorrow I will start from the front row. Closer to the finish, I had problems with the tires – it is necessary to analyze the cause before tomorrow. We need to be sure that we are ready for the race.

Up until the beginning of the problems with the tires, I had a good pace, but closer to the finish, the degradation of the front left tire began. This is life, but we will continue to work and come back stronger tomorrow" - Charles Leclerc (2nd). 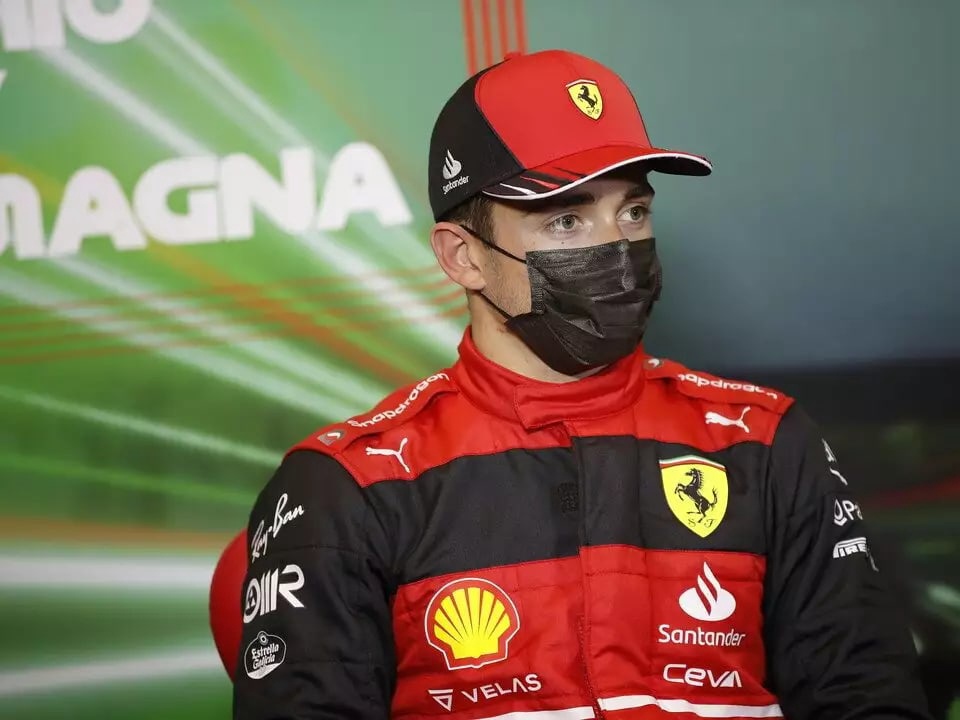 Starting seventh in the sprint in Imola, Sergio Perez won back the positions and finished third. The Red Bull Racing driver expects to compete on Sunday for a winning double.

"Today it was important to minimize losses after yesterday's qualifying. On Friday, because of the red flag, I was unable to put together a fast lap when it mattered.

Today I won back and tomorrow I will start from a position that will allow me to compete in the race. Ideally, I would like to achieve a winning double. I think the Italian fans won't like this scenario, but we will try" - Checo Perez (3rd). 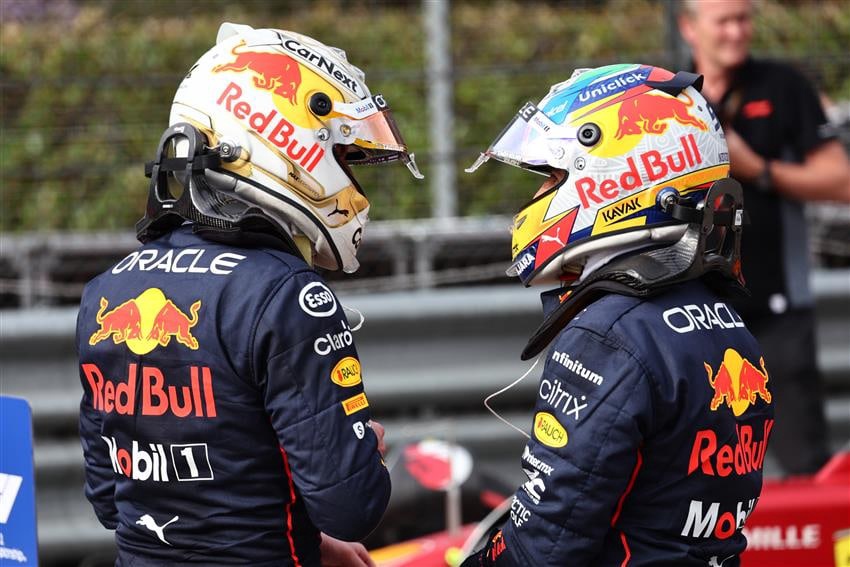 Carlos Sainz crashed the car in qualifying and started tenth in the sprint, but was able to recoup.

"Considering how today's sprint turned out for me, I did everything I could. I knew that I had to at least rise to the top five, preferably to the top four, and today I was able to do it. A good day, a good result, tomorrow I am ready to fight with anyone.

I am glad if from the outside it seems that I feel comfortable, in fact it is not quite so. Mistakes like yesterday's accident in qualifying say that I'm not 100% happy with the car, but I want to get used to it as soon as possible, I'm choosing a style of piloting.

I know that as soon as I find the right compromise, as soon as I feel comfortable in the car, I can be as fast as the others" - Carlos Sainz (4th). 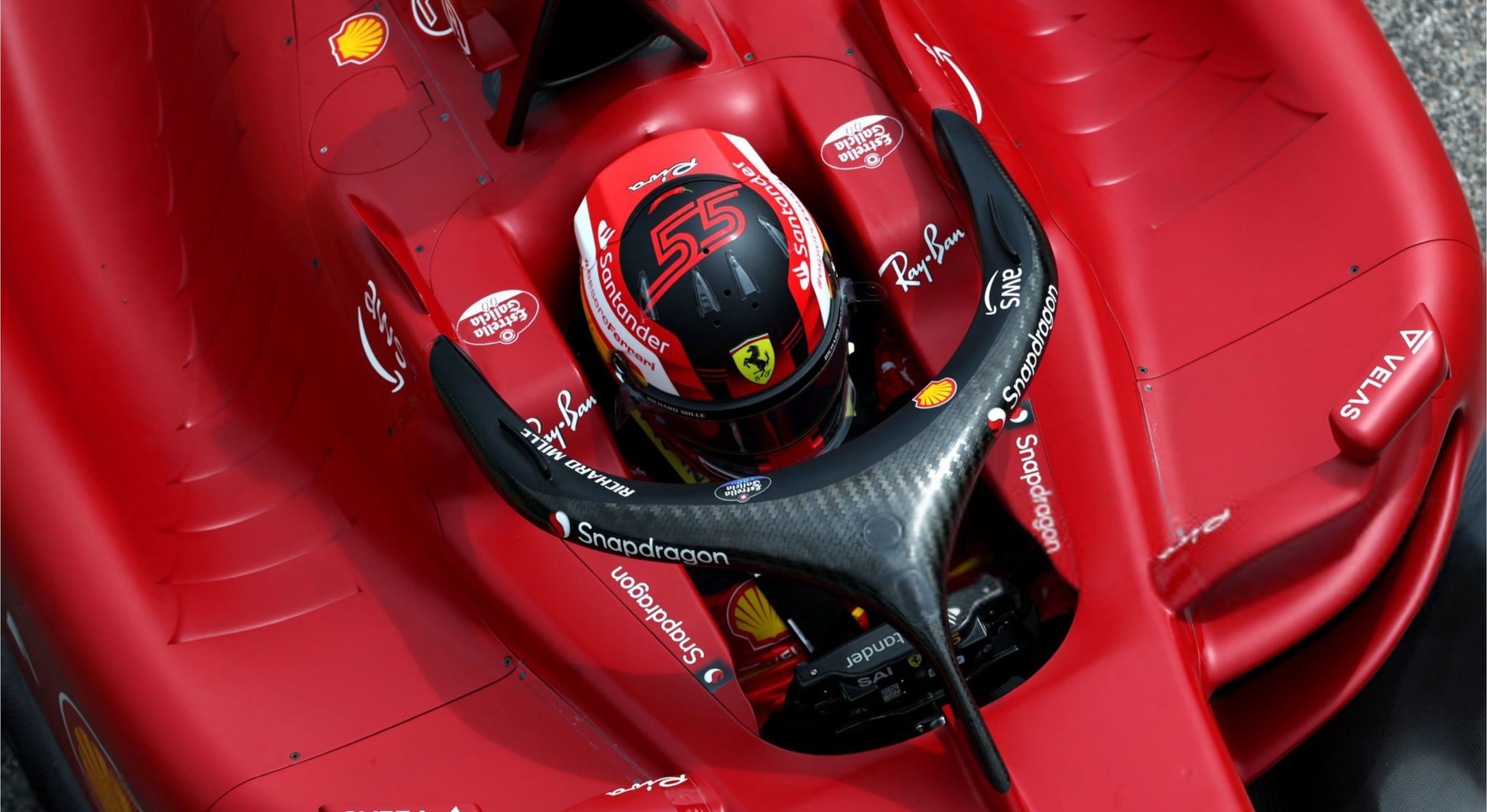 The fifth and sixth places were taken by the McLaren drivers Lando Norris and Daniel Ricciardo respectively, showing their intention to fight for third place in the Constructors Championship.

Alfa Romeo also showed quite strong progress, because Valtteri Bottas was able to finish seventh, but unfortunately, his partner could not reach the finish line, flying out of the track. 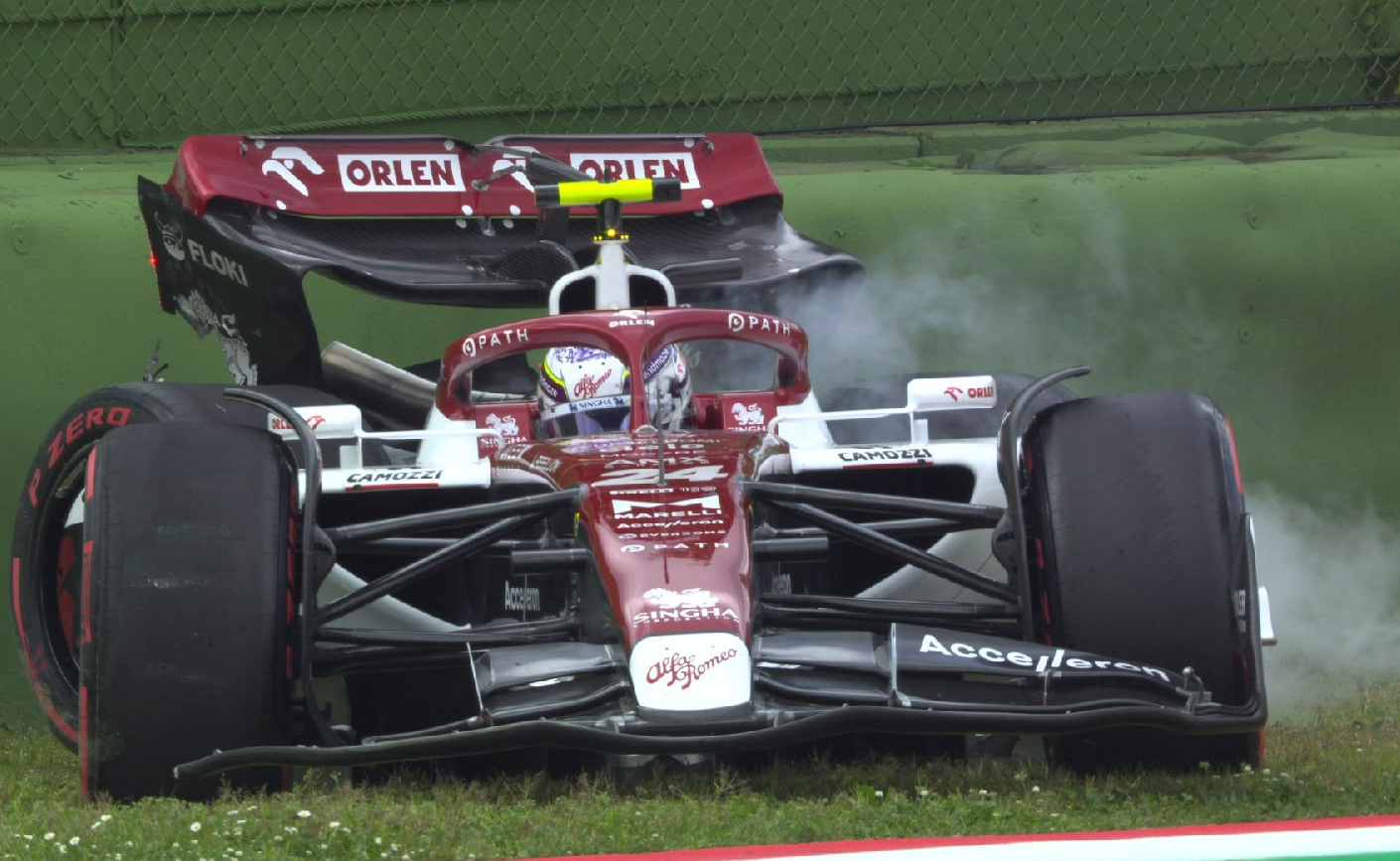 And finally, the last rider who earned points in the sprint is Kevin Magnussen.

He started fourth in the sprint in Imola, but could not hold off faster rivals. However, the Haas rider finished eighth and earned one point. His teammate Mick Schumacher won back the positions and will start tenth in Sunday's race – in the best position for himself in his career!

"It was a surprise for us that almost everyone started on Soft - this is not the picture we wanted to see. We thought that the composition of Soft degrades quickly, so we chose Medium. In the first laps it seemed that everyone was overtaking me, but then the pace stabilized – at least relative to Daniel Ricciardo and Fernando Alonso.

It's great that today we managed to earn one point for eighth place. We are usually happy with the eighth place in qualifying, so we evaluate the results positively. We both start in the top ten tomorrow, and hopefully we can earn more points" - Kevin Magnussen (8th). 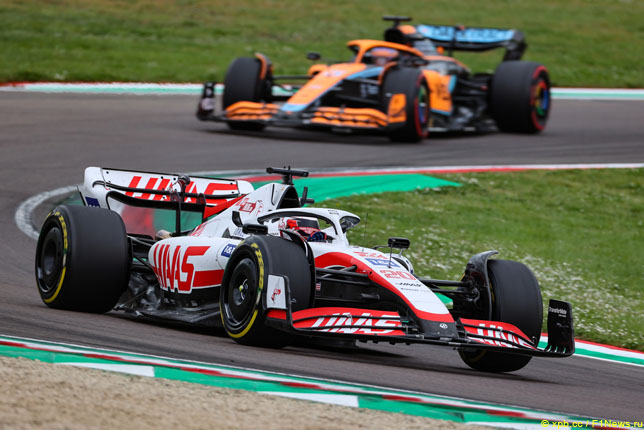 "I think we have chosen the right tires for the sprint. I had some interesting battles, but it's a pity that I didn't manage to earn points. Hopefully I can do it in the race.

I liked to fight with rivals, especially with Sebastian. We'll see what the situation will be in the race with full tanks, but today we learned a lot of positive things” - Mick Schumacher (10th)

It was all the drivers who were able to surprise us somehow in the sprint race, we hope there will be an interesting race tomorrow. Stay tuned with us!