How did the best-known wingman of recent years become the number one driver of a midfield team? 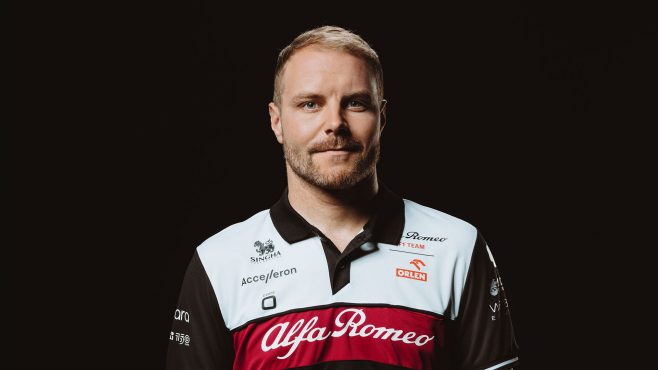 The performance of the Finn in 2022 is free from major mistakes. Many celebrate this as an amazing change, while excellence and talent has been hidden behind overalls, team decisions and mental health issues during the years at Mercedes. All in all, his proper production so far cannot be called a “miracle”.

When the team signed him, he was expected to do what he’s been doing. Naturally, it is always gratifying when a talented driver finds himself again and is able to get the best out of himself, as the example of Pierre Gasly proves.

Bottas raced at Mercedes from 2017 to 2021. Before that, he was the young talent of Williams, where he achieved outstanding results in the team’s last successful era. This and his relationship with Toto Wolff gave him a chance to join when Nico Rosberg retired at the end of 2016.

With that, he became the driver of the best car on the grid with a pretty high salary.

Until last year the team won the constructors’ championship every year. Based on these, his situation may seem ideal. However, besides the pleasant things, he also got an unpleasant one. He became the teammate of Lewis Hamilton, who was already a multiple world champion, a media star, and unspokenly, the number one driver of the team.

However, young Bottas was very optimistic, energetic at the beginning, he broke down over the years. He became Hamilton's Barrichello. The wingman who always obeys team orders. Who is a new version every year, who returns more strongly… while his self-confidence only declines and declines. He had successes, sometimes he was better than Hamilton, but he couldn’t show his real potential. Last year, the most viewers judged and laughed at him. Most forgot the guy who was at the Williams.

After his announcement to join Alfa Romeo last autumn, his entire behavior changed.  Not only he did start smiling, but his performance dramatically improved, even though his driving was already characterized by torment. From then, he was able to enjoy driving again;  he had already seen the light at the end of the dark tunnel.

“I am excited,” said Bottas before the season. “It's a new challenge for me, it's a new project in a way and you need a certain mindset for it. And I'm absolutely ready for that at this stage of my career, where I've already gained quite a bit of experience.

I absolutely feel that I have so much more to do to get better and so much more to give to this sport,” he added. “As a driver, I think you never stop learning, as long as you want to. So of course, I'm always looking at areas that I can be better, and it truly feels like now I can just be the best version of myself instead of trying to be something else and trying too hard”.

This year so far

It can be stated that this latest version of Bottas really works. Once again, it has been proven how much the environment, status and treatment matter to a driver.

Alfa Romeo provides him with a peaceful environment. On the one hand, the constant pressure has ceased as becoming a racer for a midfield team. In this environment, mistakes are less weighted and less hyped by the media. The role of the number one driver has been given to him, and even a mentor role at some level, as he got a rookie teammate, Zhou Guanyu. Valtteri’s experience, enthusiasm and advices are appreciated, so everything is given to be on top again. All this is well evidenced by the fact that apart from a DNF in Saudi Arabia he only has a top 10 finishes, which is impressive. Fred Vasseur said about him: “He has done very well in the past few years in terms of pure performance. He was always in the shadow of Lewis, but I think anyone would be in the shadow of Lewis. I was convinced he could be the team leader and so far he is doing a great job. In the way he gives the development direction, the right way to improve the car and improve the team in every detail. He comes to us with an enormous amount of experience from Mercedes.”

In recent years, we’ve mostly come across Bottas’ name when he performed very poorly or very well. Or if he showed his bare ass. After Drive to Survive, this was the case once again. Anyone who somehow reached for the photo have been witnessed by the “view”, in which he is bathing naked (laying on his stomach) in a small mountain brook at Aspen. 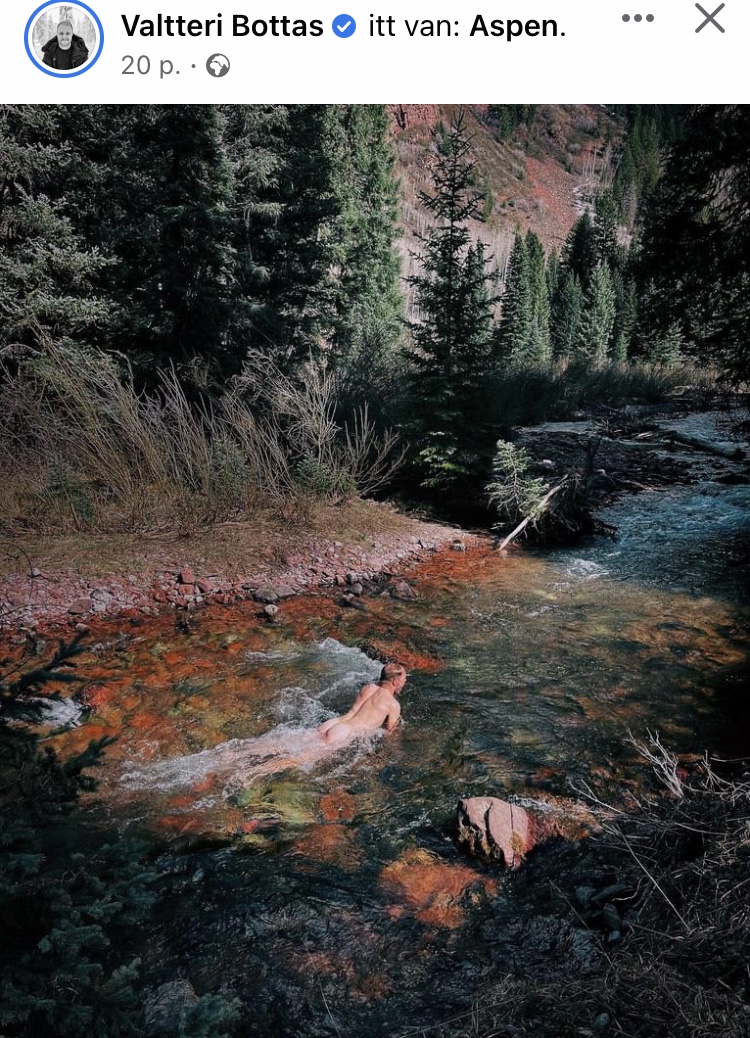