The future of Daniel Ricciardo 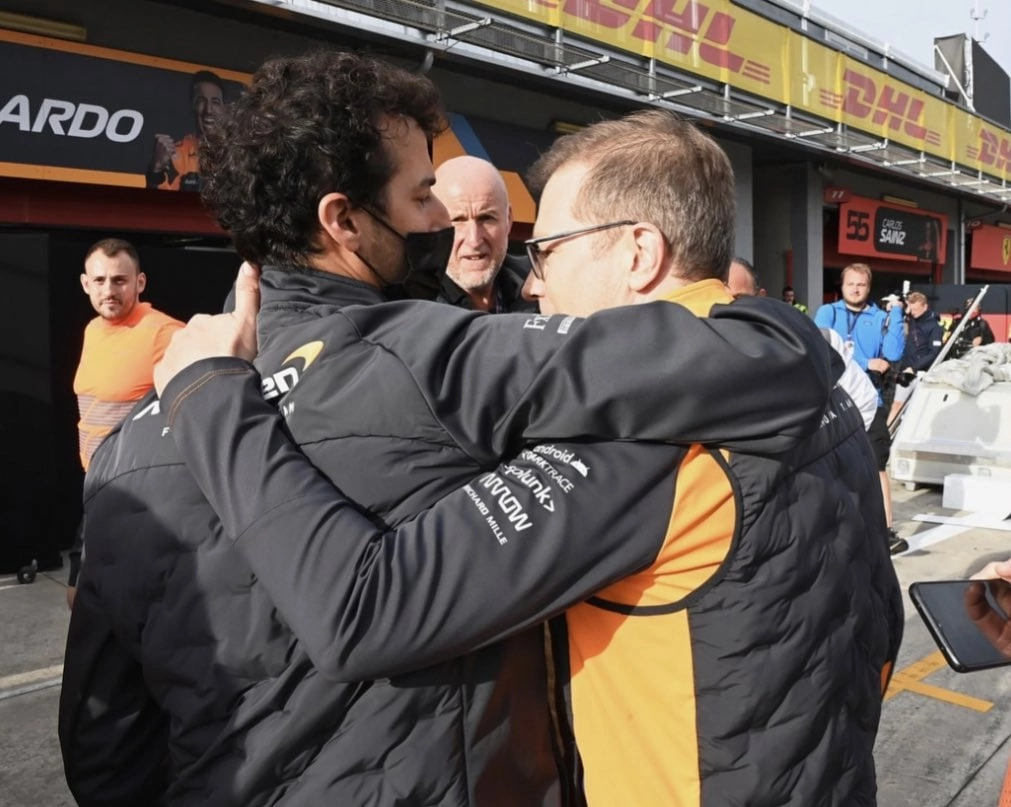 ​​Now more and more attention is being paid to the contracts of drivers, namely those driver whose contract is about to expire.

Daniel Ricciardo joined McLaren in 2021 and surprised everyone with the loss of his stability and a steady loss to his teammate Lando Norris. The contract will expire in 2023, but everyone is still wondering what the future holds for the winner of Monza?

"I think Daniel is performing at a higher level this year than last season. He is very strong in the races, he performs much better in the qualifiers.

After listening to him at the beginning of the week during a briefing with the team, I realized that he still does not feel that he is 10 out of 10 with the car, but he has a great relationship with Lando, he knows the team well.

It was great that he was able to come back to Australia for the first time in a few years, recharge his batteries and see his family, so we are happy to see Daniel at the top of his game.

We have another year together ahead of us. But we like to think ahead, so we're doing some tests with Pato O'ward (Indycar driver). We are going to do some tests with Colton Herta (IndyCar driver), we have Ugo (Ugochukwu) in Formula 4, who won pole in his first race.

So I don't think we should be planning personnel issues too early, there is no need for haste” - Zak Brown. 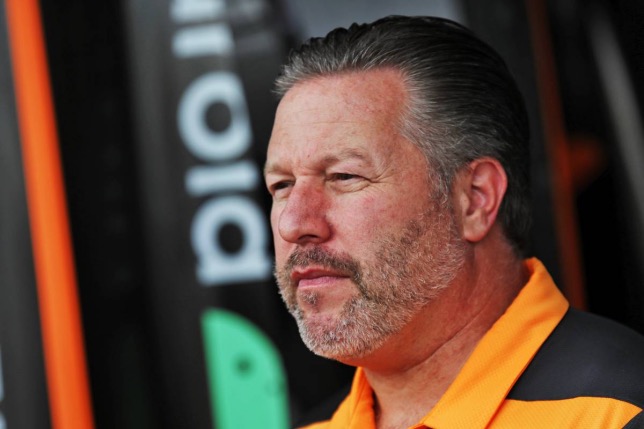 Daniel Ricciardo also does not rush to conclusions.

“I think if you go deeper into the question of the future, then no, I don't think to leave or something like that. But I also understand that I have been competing in Formula 1 for 10, 11 years. Will I be performing for another 10 years? Unless I start winning every race, which makes a lot of sense, but I don't have another 10 years left.

So I'm definitely in the second part of my career. I can't tell you now whether it will be three years, five years, it doesn't matter, but I know that I can't imagine myself as a Formula 1 driver at 40.

I'm still passionate about sports and I still want to be useful, that's all. Everything is simple. You're just throwing back the negatives. I'm still enjoying my job. There are no results yet. But a negative attitude won't help me achieve these results either. 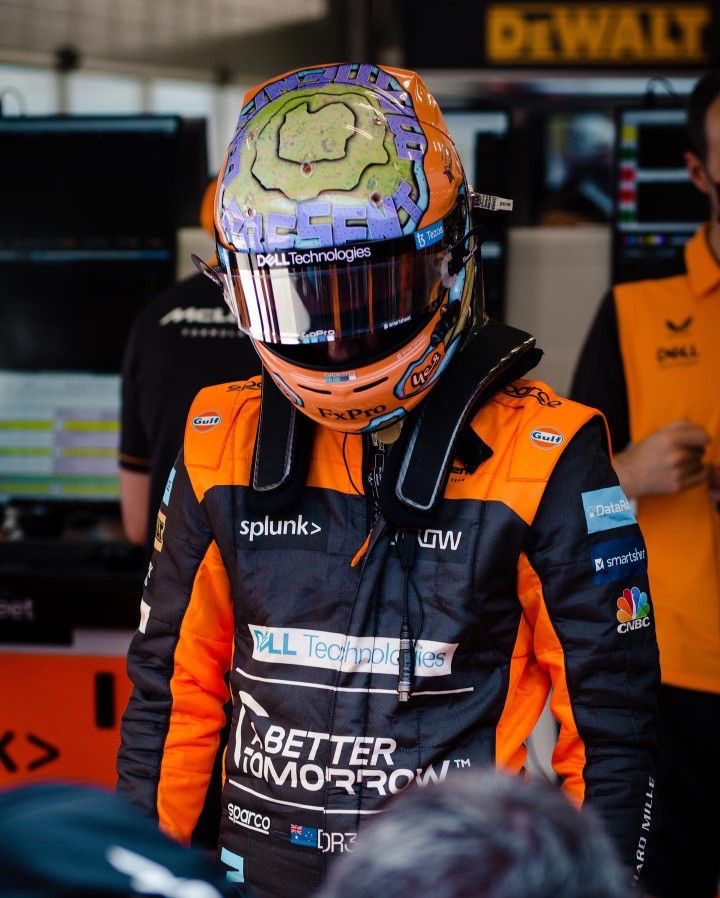 It's just a perspective, and that changes everything. I think that because I have been doing this for so many years, I have gained a little wisdom and maturity, and I no longer put pressure on myself because I did not achieve what I dreamed of.

I know that when I was 27 or 28 years old, I said in an interview: "I don't have much time left, and I'm not a world champion yet." Then I was a little bit bitter about it. But I kind of let go of that element. I never wanted to carry anger or bitterness in me, like, "Oh my God, I should have, I could, I should have." This is what it is. You're just wasting time and energy concentrating on the negative aspects» - Daniel Ricciardo.

And even more so, all the fans are well aware that all the attention in McLaren is directed specifically at the young McLaren star Lando Norris. Having not won a single race so far, he was close to winning 3 times, won pole and the first rows and more than once climbed to the podium, which is what Zak Brown himself says.

"In my opinion, Lando is very good, he is incredibly fast. But... There are a lot of fast drivers in Formula 1. I think what impresses me most is how few mistakes Lando makes.

And his mistakes are small: track limits, brake blocking; you haven't seen him crash into fences many times, take a wide turn under pressure and make mistakes. As for pure natural talent, I think he has as much of it as no one in Formula 1 has.

I think as long as we continue to show progress, he will know that win is close. Last year he could have won three races in a row.

In Monza, everything was decided between him and Daniel, in Russia, if it hadn't been for a pit stop error when it rained, he would have won the race. And at Spa, he was the fastest in qualifying until the accident.

So he could have won three races in a row. He is definitely ready to win, we just need to provide him with all the necessary tools" - Zak Brown. 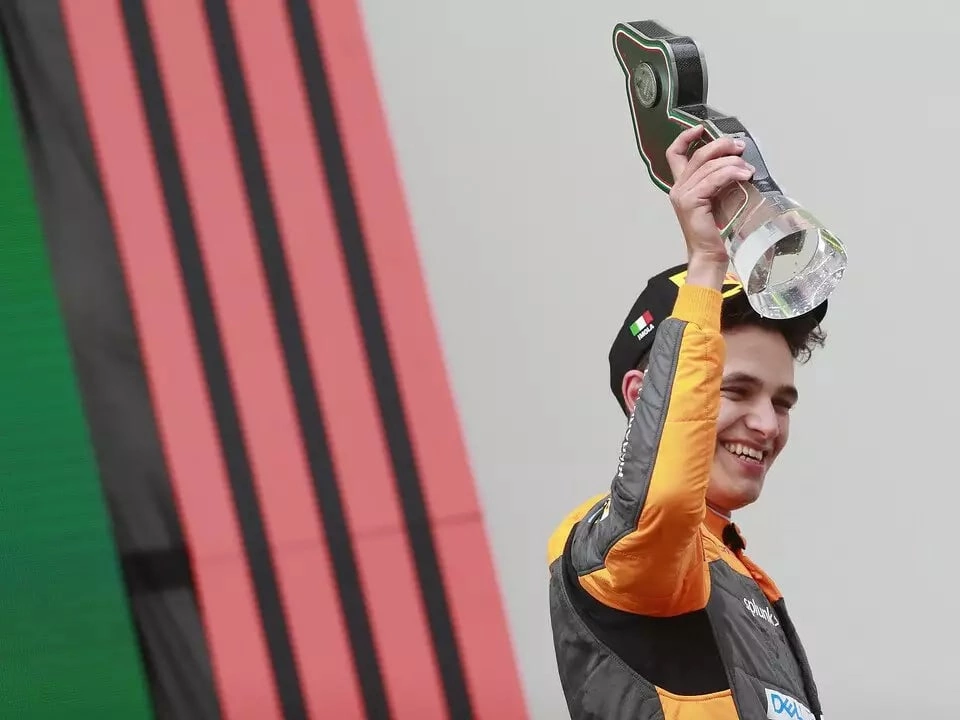