The next victim of Jeddah Corniche Circuit

Mick Schumacher has been in hospital after a horrible crash and uptight minutes during the qualifying. 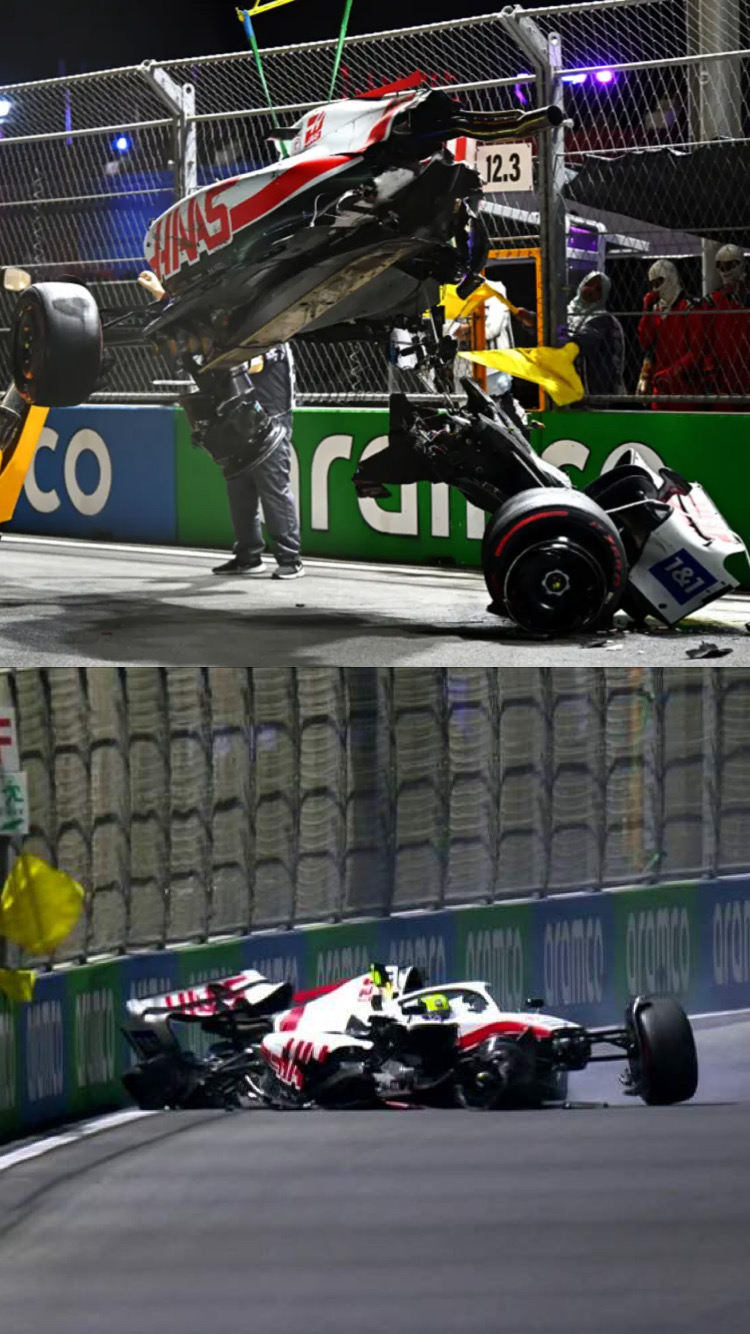 After the Saudi Arabian Grand Prix in 2021 as well as before this year’s one many fans questioned the safety of the Jeddah Corniche Circuit- not without reason as this is the fastest street track in the world.

The cars are driven between walls. They are made by concrete and pretty close to each other. There were some really scary accidents last year. 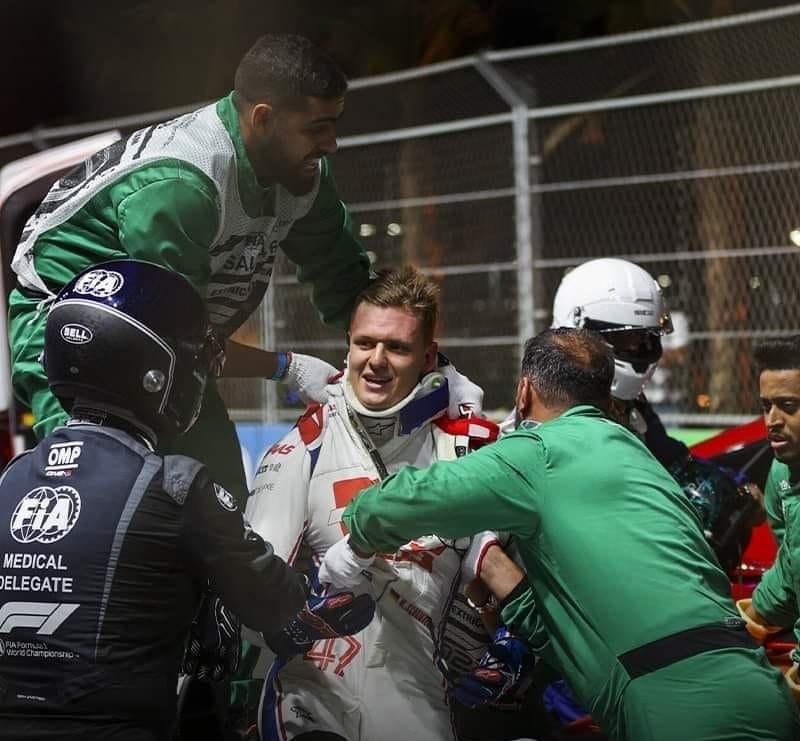 The crash of Michael Schumacher’s son happened during Q2 just 5 minutes before the finish. Both cars of Haas seemed competitive, they had chance to get into Q3. The young German was on a flying lap when the speed is mostly much above 200 km/h.

Before Turn 12 he had made a little mistake than he slammed sideways into the barriers what spun the car. After that contact he totally lost the control over the car which crashed into the wall twice: first with its side than with the back. His speed was approximately 272 km/h.

The camera was following his lap, many people saw the incident live.

According to the ethical rules of Formula 1, in case of a big accident the happenings cannot be viewed until it is confirmed the driver is okay. As has happened now.

The session stopped and the cleaning of the track started. It was a long procedure as well as the removal of the wreckage of the car. It has confirmed that the car fell apart during the removal because it needed. This is one of the new changes which protects the safety of the driver in case of a crash.

The viewers still haven’t heard anything about Mick’s condition. The longer silence the more serious problem. Later it turned out that Valtteri Bottas and Charles Leclerc had stopped and asked whether he was alright.

These are hard minutes for everyone. The thought of loosing a driver was in the air (even if we are in 2022). It is the worst although always a possibility in case of motorsports.

After that endless and uptight period of time finally good news has arrived. The reports said Mick had been conscious and had spoken with the doctor. After a few minutes it got better and better as Mick was shown as he was speaking.

He had been taken to a helicopter and he was checked at the nearby hospital.

Haas updated: “Can confirm Mick appears physically fine- he has spoken to his mother etc.”

Mick has posted to Instagram a short message: “Hi everyone, I just wanted to say that I’m ok 🙏🏻 Thank you for your kind messages. The car felt great @haasf1team, we’ll come back stronger❤️”

He is well compared to what happened but his team said: “In light of qualifying incident, Mick Schumacher will not participate in tomorrow’s #SaudiArabianGP”

Our page wish him a speedy recovery and hope he will be able to participate in the next race weekend.

Update: The next day he has already returned to the paddock with a big smile and without any injuries!