This ruined the British Grand Prix of Max Verstappen

After the Dutch was driving for victory in first place, he suddenly started to slow down and there was no way to get back. 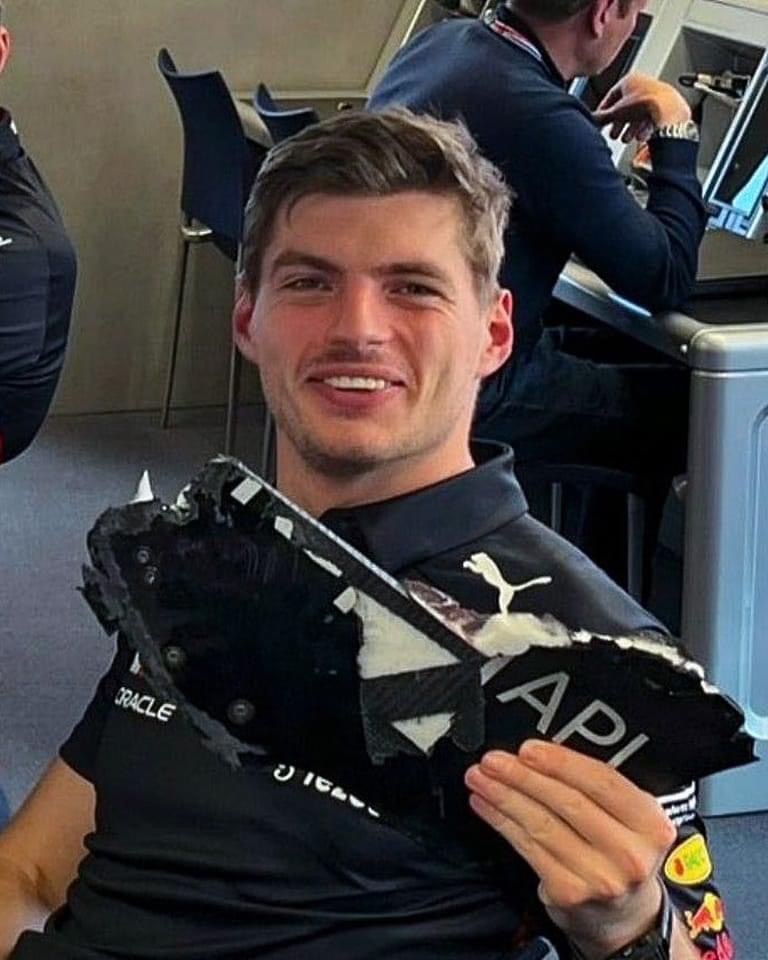 The British Grand Prix turned out to be dramatic in every way, despite the fact that it didn't rain. The race included Zhou Guanyu and Alex Albon's terrible crash, Ocon's car stopped, not to mention the eye-catching wheel to wheel battles between three or four drivers. However, there have also been many personal dramas, one of those is Verstappen's one.

Even after the second start, he managed to overtake Carlos Sainz, but he could not lead the race for long. He couldn't even get away from the two Ferraris behind him when he slowed down spectacularly, and the aforementioned drivers overtook him very quickly.

Based on previous experiences of the season, at first it had been suspected to be a technical issue, but the radio communication between the driver and the ream revealed that it was something else. Replays also confirmed that Verstappen's Red Bull had picked up a piece of debris.

After that, only suffering came for the Dutchman. The piece of debris had damaged the left side of the floorboard and then got stuck under the car. The damage and the jammed piece slowed the Red Bull down tremendously. Circa 20% of the downforce lost, which not only prevented a normal race pace, but the car was sliding, barely drivable.

Max said it felt "like he had to drive with a puncture".

Ironically, that particular piece broke off an Alpha Tauri when the pair of Gasly and Tsunoda did a synchronized spin after the Japanese driver went into his teammate.

Verstappen finally managed to finish in seventh place -with great struggles- and saving a few points. After the race, the piece of debris had been taken out from under the car and was given to the person whose life it had made miserable for a few hours.