Total chaos and disappointment: the Grand Prix of Azerbaijan 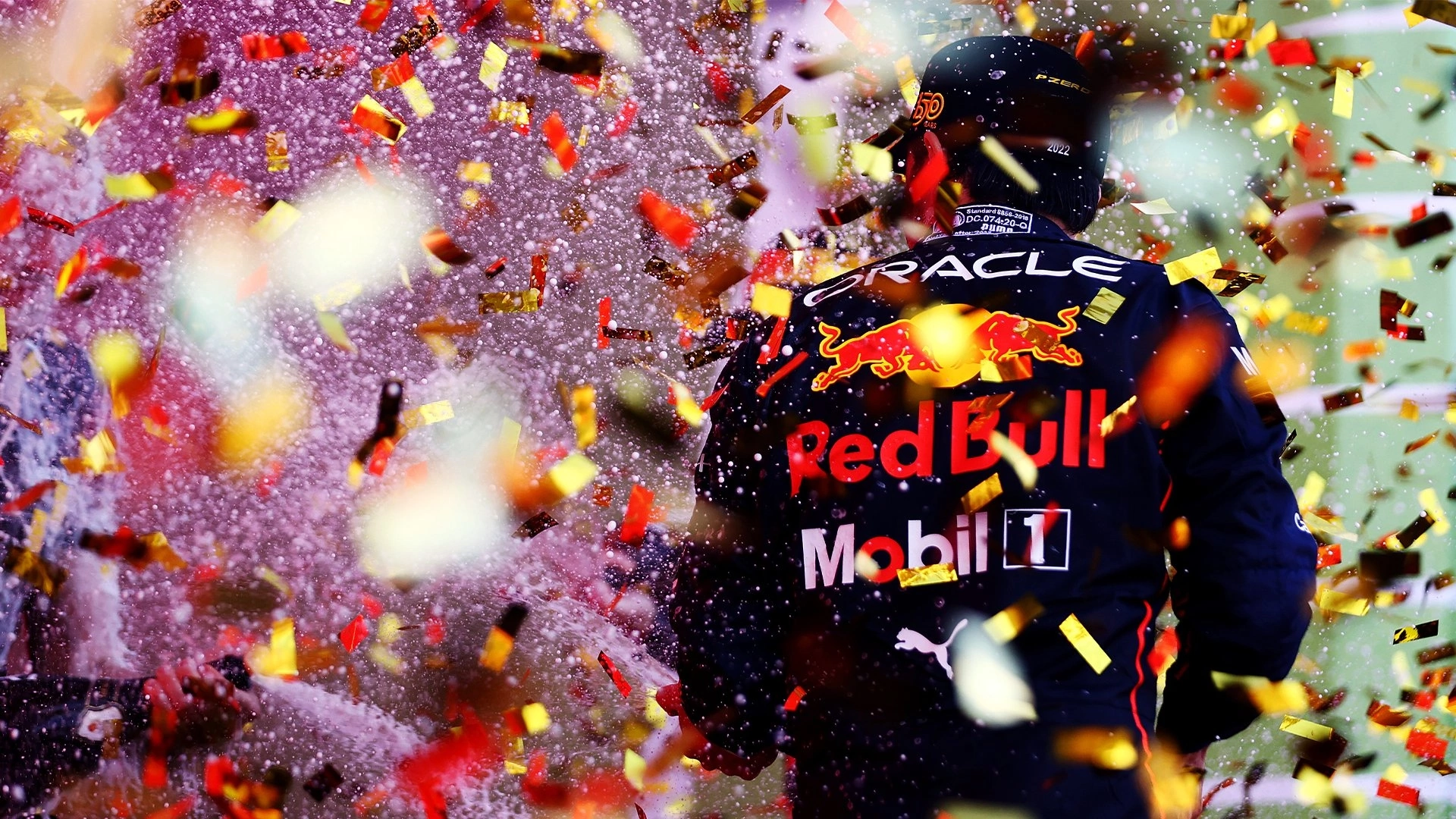 Today the race took place on perhaps one of the most interesting tracks in Formula 1 - Baku. And accordingly, the results should also have been unexpected, because there has never been the same winner here. They turned out to be like that, here are the results: 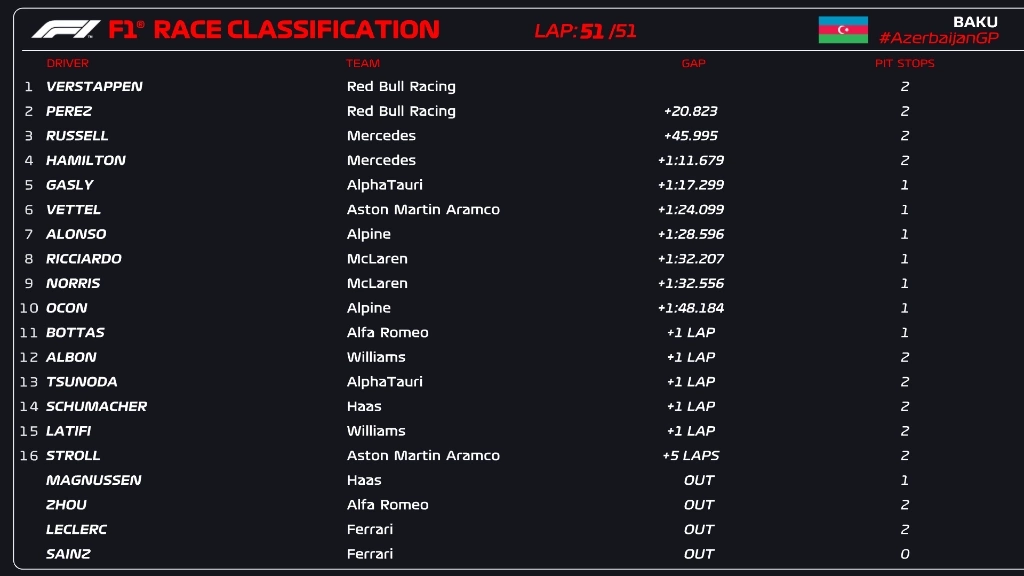 The Red Bull team really made its maximum today, showing first and second place. Unfortunately, there was no fight between them, but they were able to earn maximum points.

Max Verstappen won the race in Baku, and this was a kind of compensation for last year's failure on this track, when he could not reach the finish line due to an exploding tire.

Max Verstappen (1st): "Last year I was unlucky, I missed the victory, and it's impossible to recoup for it, but today we showed excellent speed, while we managed to control the wear of the tyres, gradually caught up with the leader and then were able to get ahead.

Of course, we were a little lucky when the Ferraris left the race, but in any case we were driving fast, and I could easily close the gap with Charles. In general, I am very happy with the balance of the car, which held the track perfectly, because it is very important to work properly with rubber on such a track, and today we managed to do it.

Today our team won the winning double, so the day turned out very well! If we talk about the upcoming race in Canada, I will refrain from making predictions, because each stage of the championship takes place in its own way, but you just have to try to act correctly, make accurate decisions and anticipate developments during the Grand Prix. However, the situation may change from race to race”.

Sergio Perez driver was in the lead after the start, but at the request of the team he let Max Verstappen go ahead. After the finish, the Red Bull driver called the team's instructions correct, since his partner was driving faster at that stage of the race.

Sergio Perez (2nd): "Unfortunately, we had a misunderstanding with the team during the first VSC, so it was too late to go to the pits. It's a pity, because at that moment I was in the lead, and after the resumption of the race, the wear of the average tires on my car turned out to be too high.

We need to understand exactly what happened, because today Max was much faster than me. There is a lot that needs to be analyzed, but the team has achieved an excellent result.

I think the team made the right decision when they asked Max and me not to fight each other, because at that moment Max was much faster. The team was striving for a high result, anything could happen in Baku, but we were able to do a winning double – the team achieved an excellent result”. 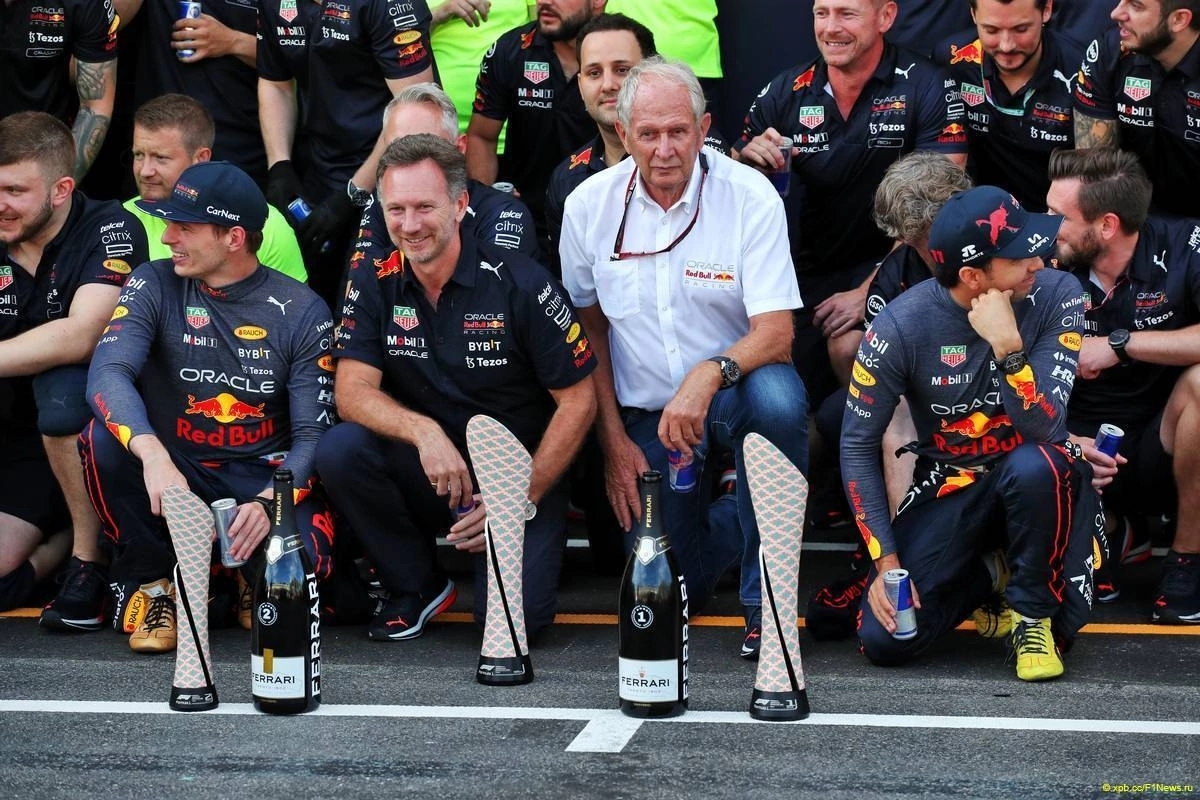 George Russell (3rd): "The car was beating its bottom on the track for an hour and a half in every turn and on every lap – it was not easy to withstand it, now I need to rest. While we have to put up with it – it was not possible to get rid of the swing quickly, but there are a lot of smart people in sports, very talented engineers – a solution will be found.

Today we would not have been able to get on the podium just because of the speed, but the reliability of the car helped – we were ahead of our rivals from the teams of the middle group and took advantage of the failure of Ferrari.

We know that we are not fast enough yet, there is a long way to go to improve the efficiency of the car, but we are experimenting, trying different ideas. It will be difficult to reverse the situation in the remaining few days before Montreal, but I hope that we will manage soon”. 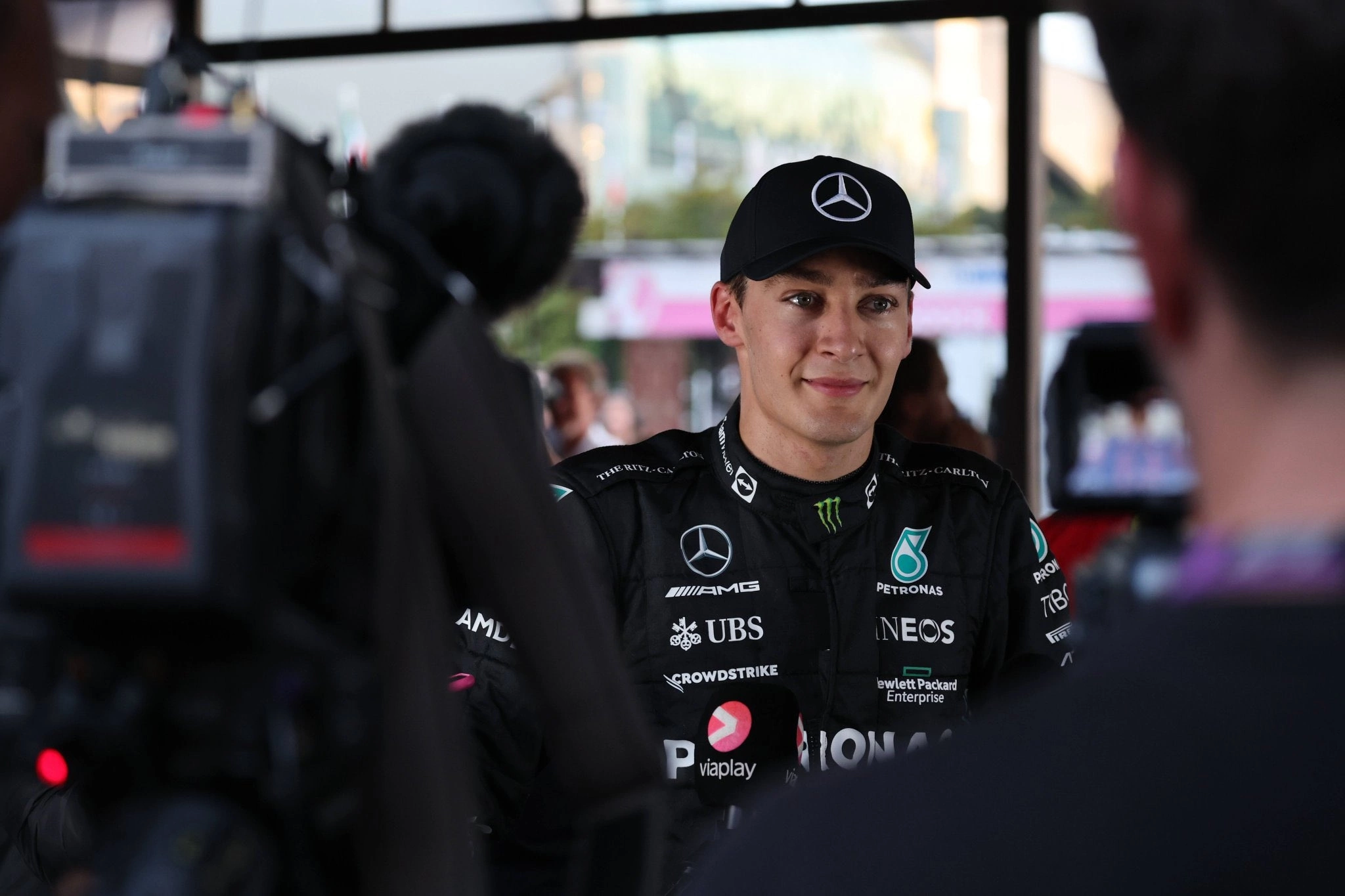 Lewis Hamilton (4th): "I survived this race on adrenaline, clenching my teeth in pain. I can't put into words what I felt, especially on the straight. But I was thinking about those who counted on me in the fight for points.

We achieved a good result, finished third and fourth. The team worked well with the strategy. As soon as we solve this problem with the swing, we will be able to fight, and now because of it we lose a second per lap, if not more”. 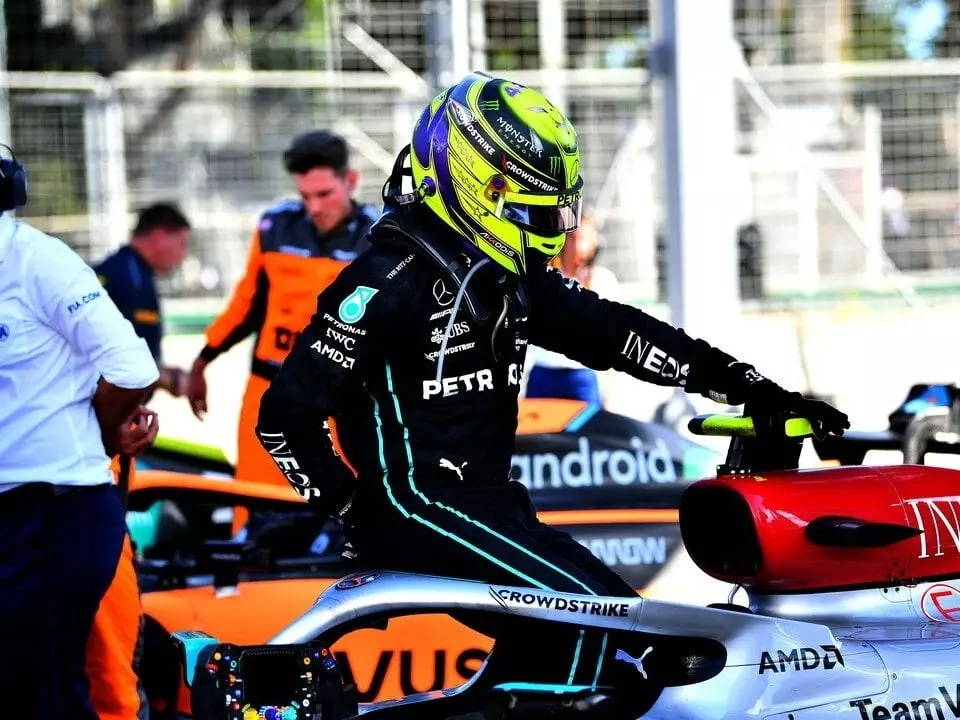 Pierre Gasly had a great race in Baku, achieving the best result of the season, and his teammate Yuki Tsunoda finished the race only 13th.

Pierre Gasly (5th): "Everything worked out for us today! Finishing in the top five is incredible, especially given the difficult start to the season. We were often unlucky, so it was important to work out the whole weekend cleanly. We didn't make a single mistake, demonstrated excellent pace in training, yesterday we had the best qualification this year and today we finished in the highest position of the season. I managed to fight with Lewis – I had fun!

At the start, we knew that the race would be difficult – we had only one set of fresh Hard tires left, so we hoped that the end of the race would pass without incident. Unfortunately for us, the VSC was announced for the second time – it was clear that this would play against us.

I tried to defend myself from Lewis as best I could, but he was much faster on fresh tyres. I tried to take care of my tires at a distance, but by that time they were worn out. But the very fact that we can fight with Mercedes suggests that the team is moving in the right direction. It's great that we earned a lot of points today”. 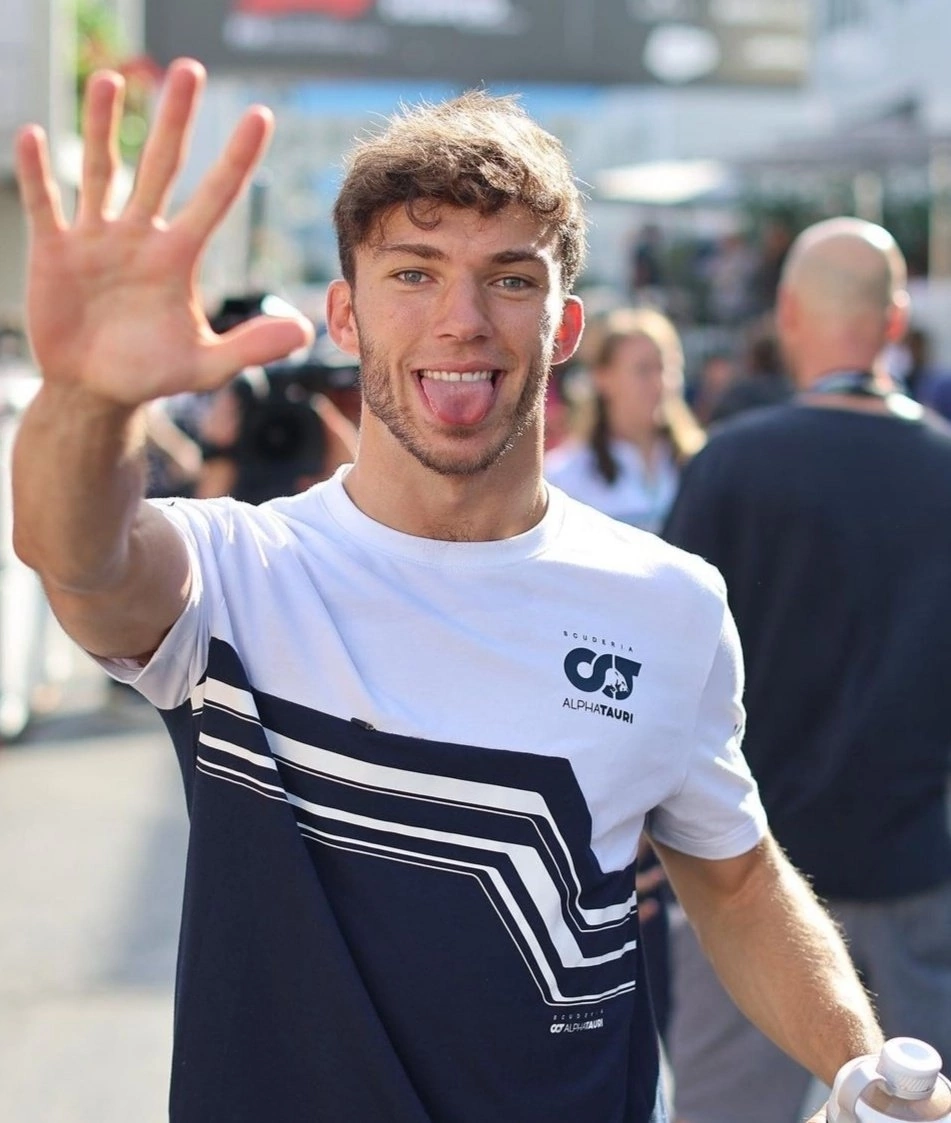 Yuki Tsunoda (13th): "I'm very upset. Before there were problems with the car, everything was going very well. I controlled the condition of the tires, drove at a high pace – and I could have finished the race sixth.

They didn't tell me what happened to the DRS, this problem didn't affect the speed, so I was surprised when I was unexpectedly called to the pits. We did a lot this weekend, we were fast in every session - it's a shame not to score points”. 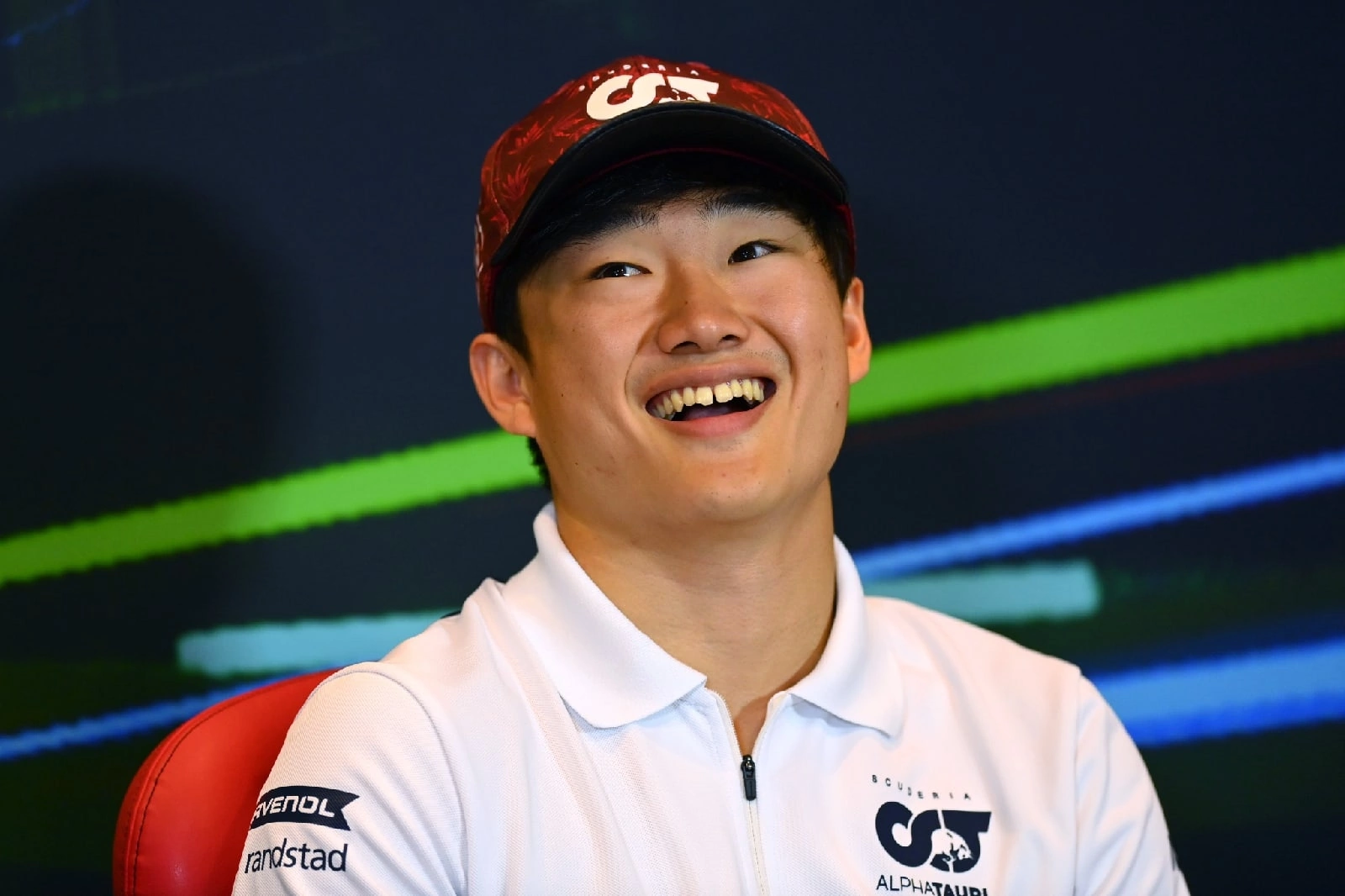 Sebastian Vettel finished sixth in Baku, bringing Aston Martin the best result of the season. The eight points scored allowed the team to match Haas in the fight for eighth place in the Constructors' championship. Lance Stroll got off because of technical problems with the car.

Sebastian Vettel (6th): "Sixth place is a great result. I think we can be satisfied. We're working to get the most out of the car, and it's starting to bear fruit. Today we were faster than Alfa Romeo and drove at the same pace with Alpine and Alpha Tauri, which somewhat changed the balance of power.

The team had an amazing pit stop, thanks to which I was ahead of Lewis Hamilton. I was sure that I had overtaken Esteban Ocon, but it seemed to me that he was still fighting, so I decided to go to the "pocket" and lost a little time on this. If it wasn't for this incident, I would have competed for fifth place. In any case, a great result”. 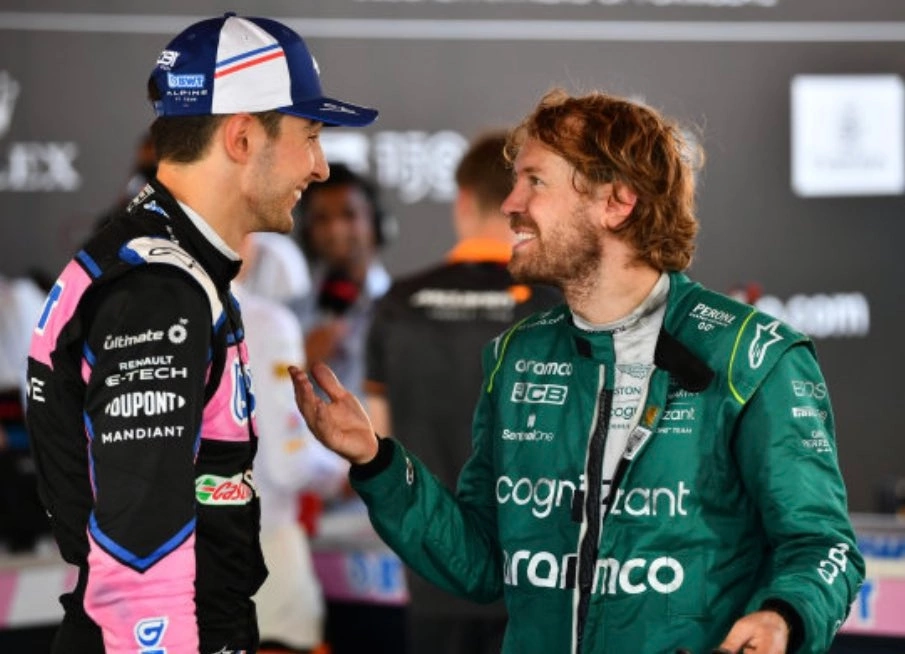 In Alpine, two cars earned points  – Fernando Alonso finished seventh, and Esteban Ocon - tenth. Thanks to this result, the team rose to fifth place in the Constructors' championship, ahead of Alfa Romeo.

Fernando Alonso (7th): "It's a difficult race, but we did well and I'm happy with seventh place. Of course, we benefited from several gatherings ahead, but it happens – we just used the opportunities, demonstrating our strengths.

On the new tires, I overtook several rivals – our high speed on the straights helped me. We have an efficient power plant, which pleases. We are fighting quite a tight battle with many rivals, and I expect something similar in Canada. We will try to earn more points in the next stage”. 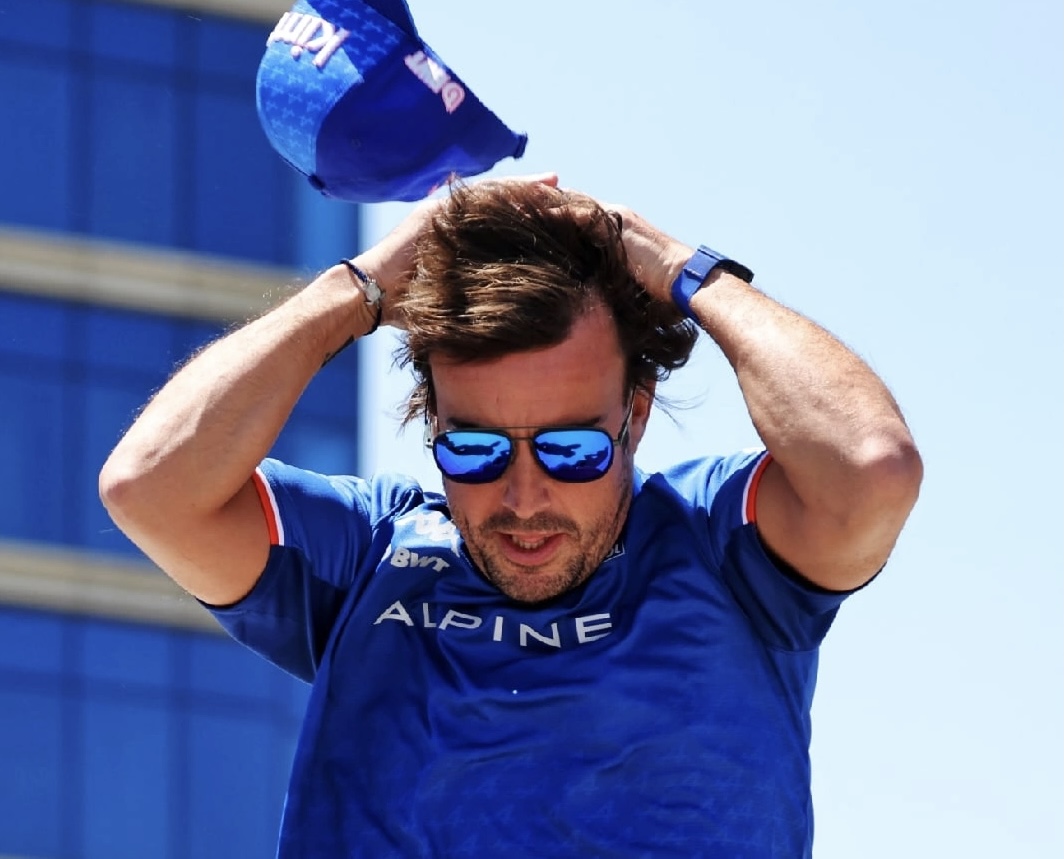 Esteban Ocon (10th): "It's a very difficult race, so finishing two cars in the top ten is a positive result. As usual, at the briefing we will analyze in which components we can add next time.

We were fast on Friday and Saturday, but we were a little unlucky in qualifying, which did not lead to the most optimal position on the track in the race. There was a potential to achieve more if it was possible to start from a higher position.

We are leaving Baku in a good mood and are looking forward to returning to Canada next week, where we will also try to earn points”. 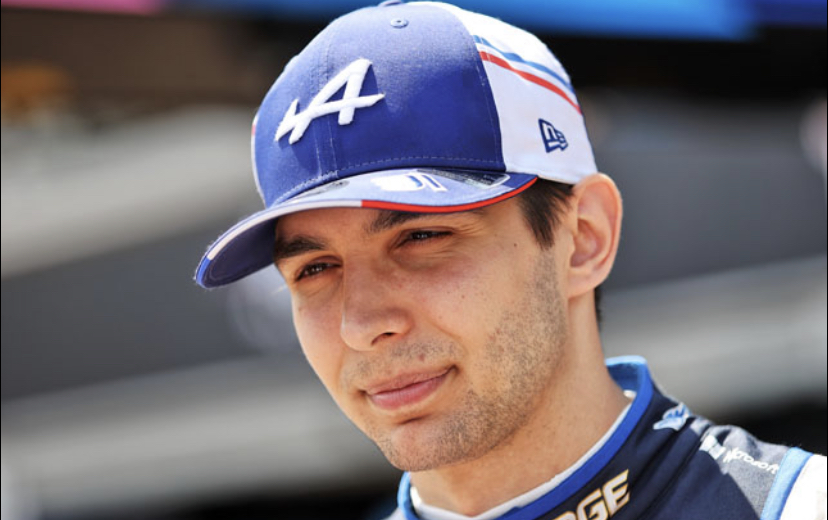 In Baku, the McLaren team earned points with two cars!

Daniel Ricciardo (8th): "I'm happy to earn some points for myself and the team – it's been a long time since I finished in the top ten. The race turned out to be intense, Lando and I used different strategies, so at first I was a little faster on Hard tires and we resorted to team tactics, then he was faster on Hard, and team tactics were needed again.

I don't think we would have had enough speed to challenge Fernando – we were closing the gap on the straight, but he was very fast. We must try to reduce drag – this is our Achilles heel this weekend. I think we have achieved the best possible result. I am glad that the weekend went more smoothly than in Monaco”. 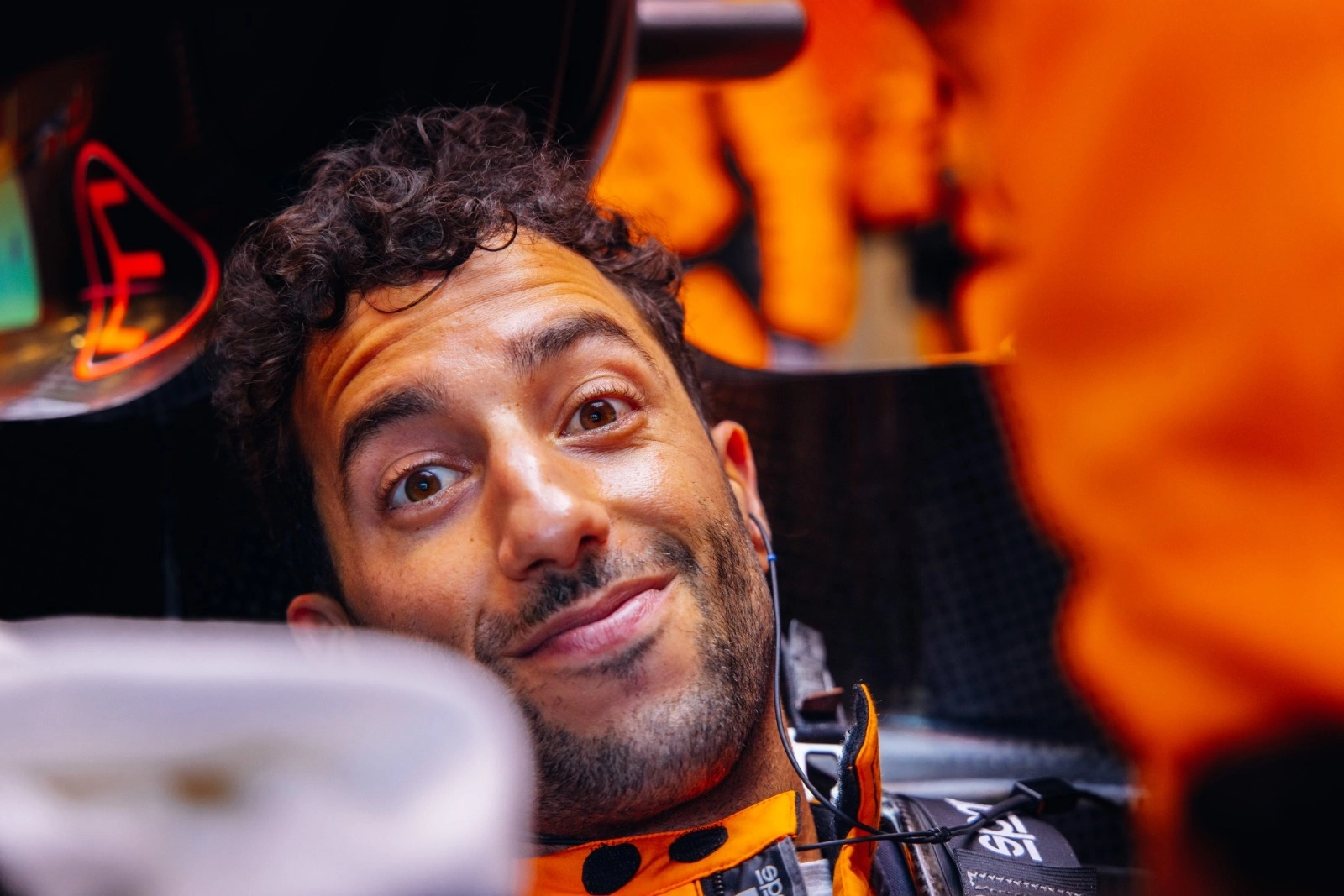 Lando Norris (9th): "Overall, I'm happy. It was possible to achieve more, but I was unlucky with a VSC – this happens in Baku.

With our configuration of the car, it turned out to be difficult to overtake, although the pace was good. Taking into account all the circumstances, today we have achieved the best possible result, but we are striving for more, so we continue to work on eliminating weaknesses and strive for a better performance next week in Montreal”. 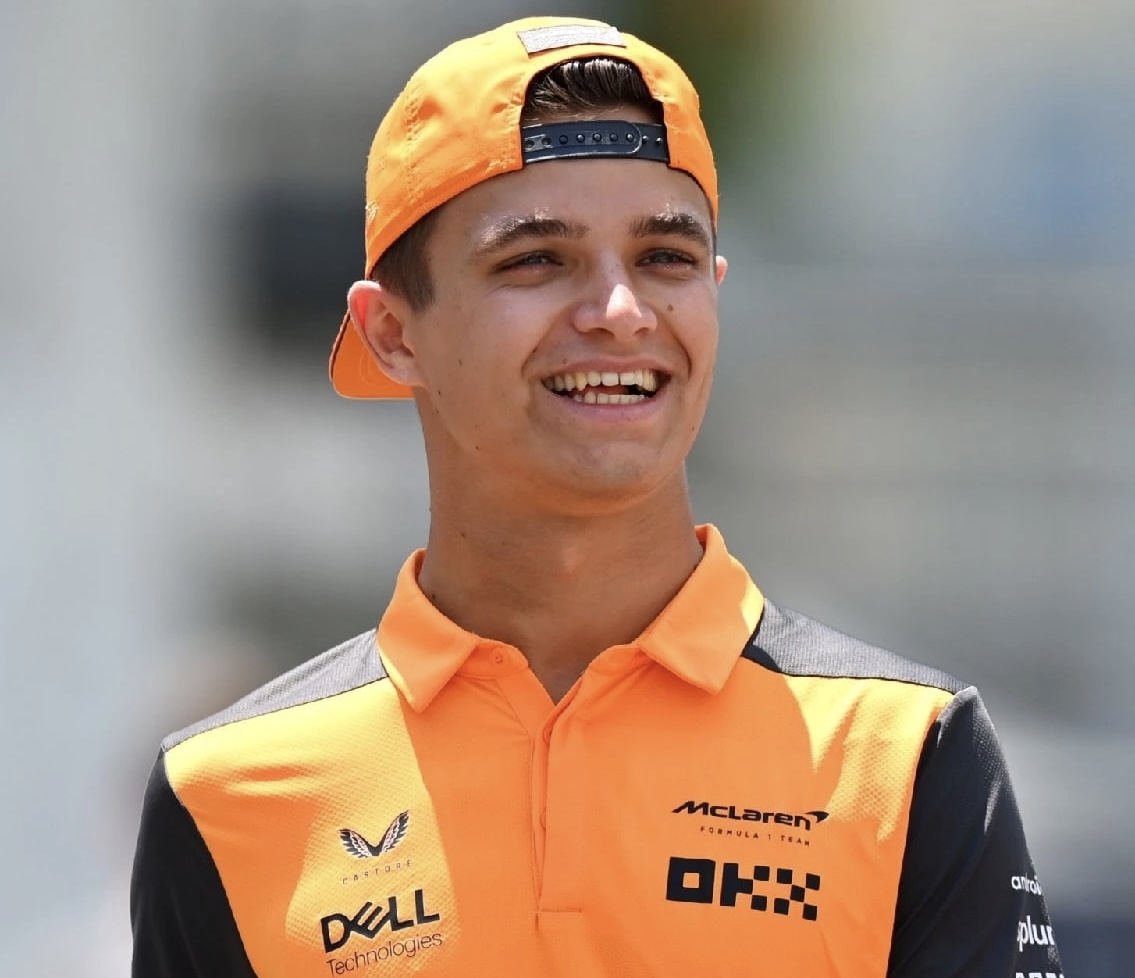 For Ferrari, the race in Baku ended with the first double DNF of the season – Carlos Sainz got off due to problems with hydraulics, and the power plant failed on Charles Leclerc’s car.

Charles dropped from second to third place in the individual standings, passing Sergio Perez ahead.

In the Constructors' championship, Ferrari's gap from Red Bull Racing has grown to eighty points.

Carlos Sainz (DNF): "In the first nine laps, I was saving the tires to start attacking closer to the pit stop. By the time it was time to add, the hydraulics failed – that was the end of my race. It's a pity that Charles didn't finish today either – we have a double gathering.

It's a difficult day for Ferrari, but we are a team, and together we will overcome difficult moments. Today is probably the most unpleasant moment of the season, but we will manage”. 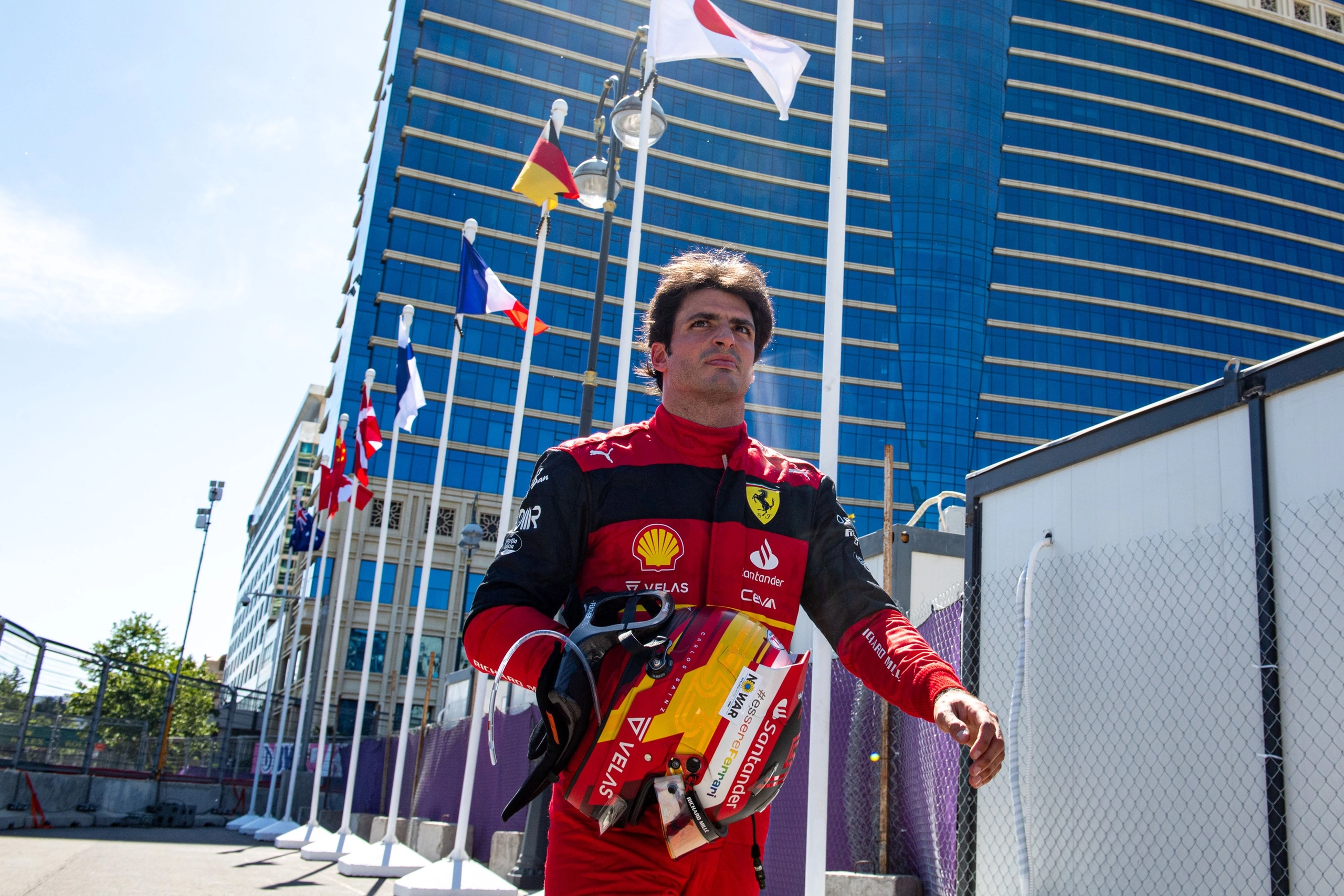 Charles Leclerc (DNF): "I am more than upset by such results. In the first sector we were fast – I was catching up with Sergio on Medium tires, then the VSC was turned on, and we decided that this was a great moment for a pit stop. The decision turned out to be correct, I was in the lead in the race, I controlled the condition of the tires. I had the best position on the track just to get to the finish line, but…

It hurts to get off again, because it really hurts the chances in the championship. I just don't have the words, I feel very disappointed, but I hope that we will be able to win back”. 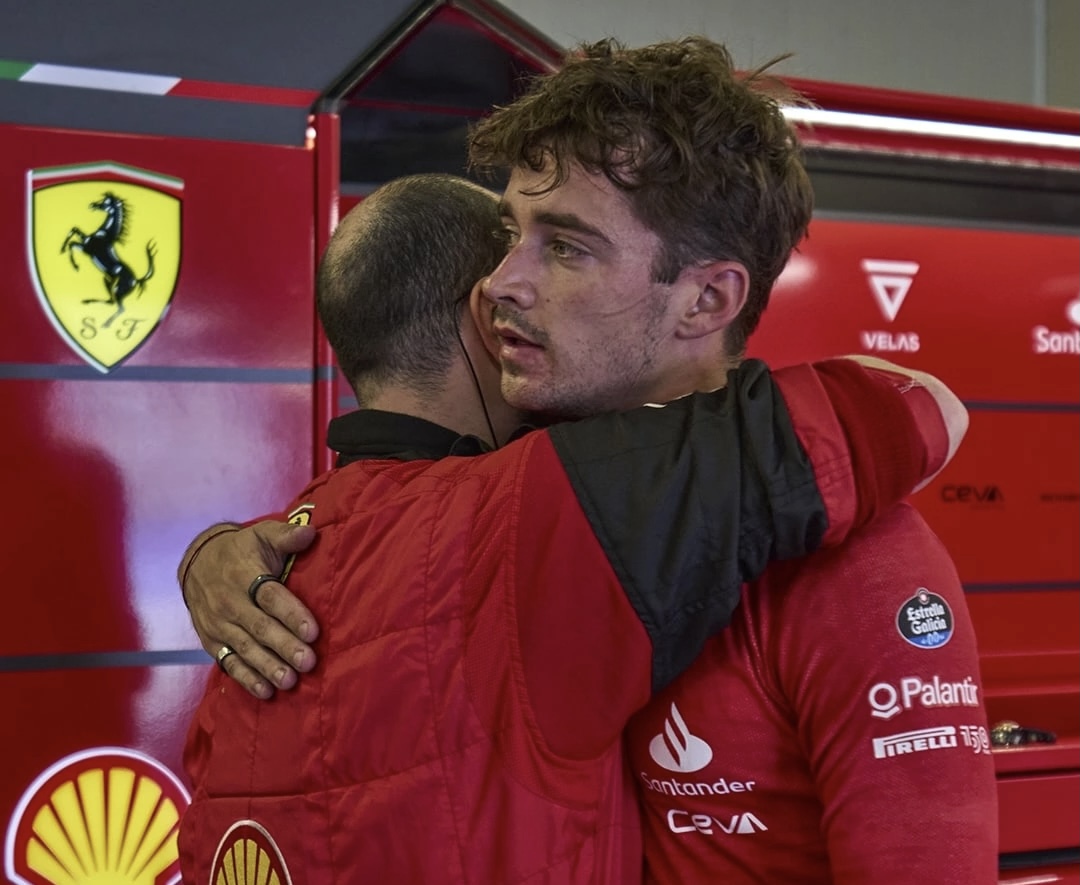