Max Verstappen recovered from his engine-related grid penalties to extend an already commanding championship lead with victory in Belgium. 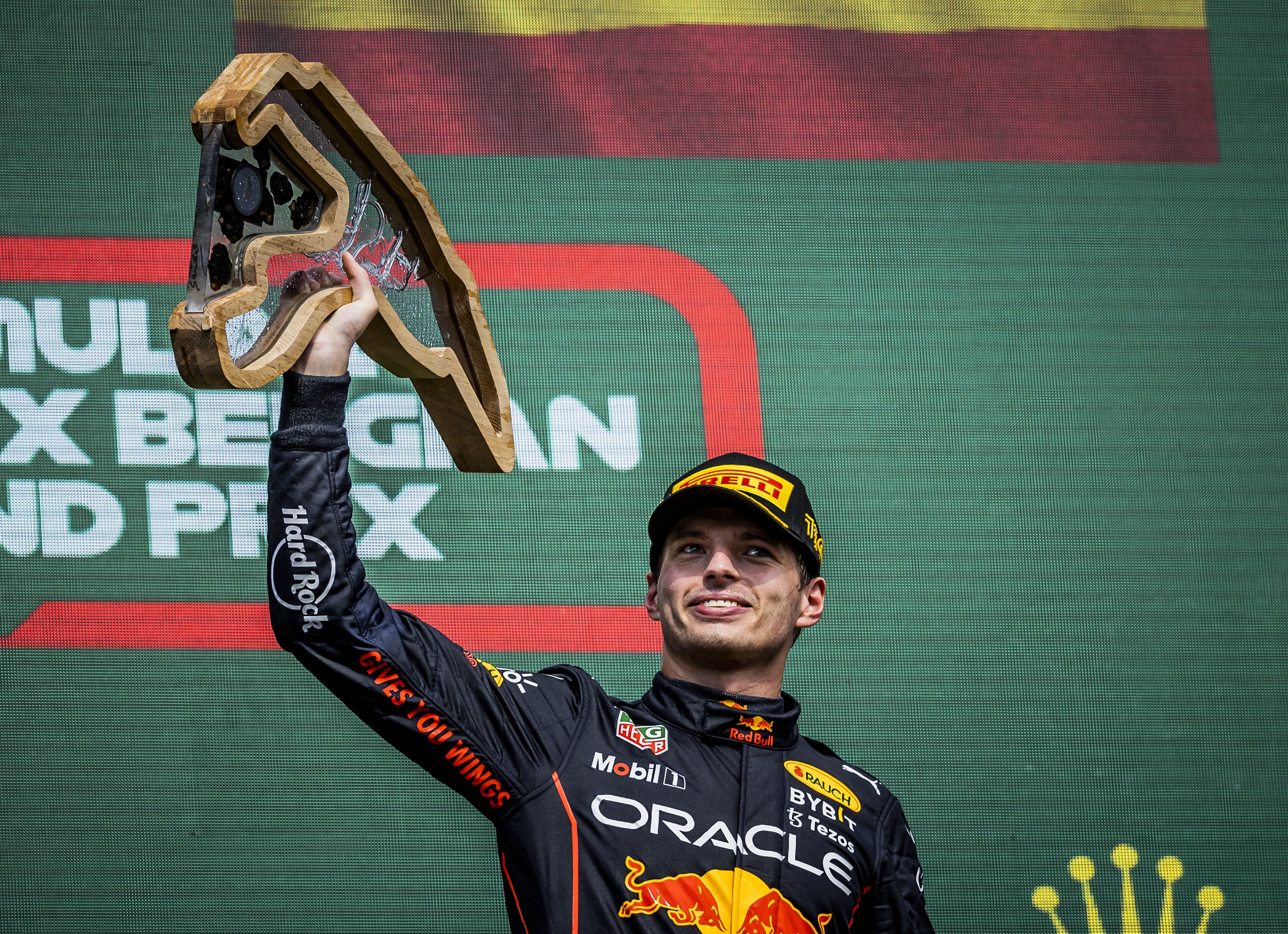 Verstappen quickly climbed up the order when the race began and found himself leading after only a quarter of the 44-lap encounter had passed. As strategies unfolded, Verstappen moved further clear of teammate Sergio Perez, who followed the Dutchman home for a Red Bull 1-2 finish.

Ferrari endured another under-par afternoon, with Carlos Sainz and Charles Leclerc having to settle for third and sixth respectively.

Russell was the sole Mercedes driver at the finish, as Lewis Hamilton dropped out on the opening lap following a clash with Alpine rival Alonso.

Leclerc took fifth on the road but dropped to sixth after picking up a five-second time penalty for speeding in the pits in a failed late bid to grab the fastest lap. 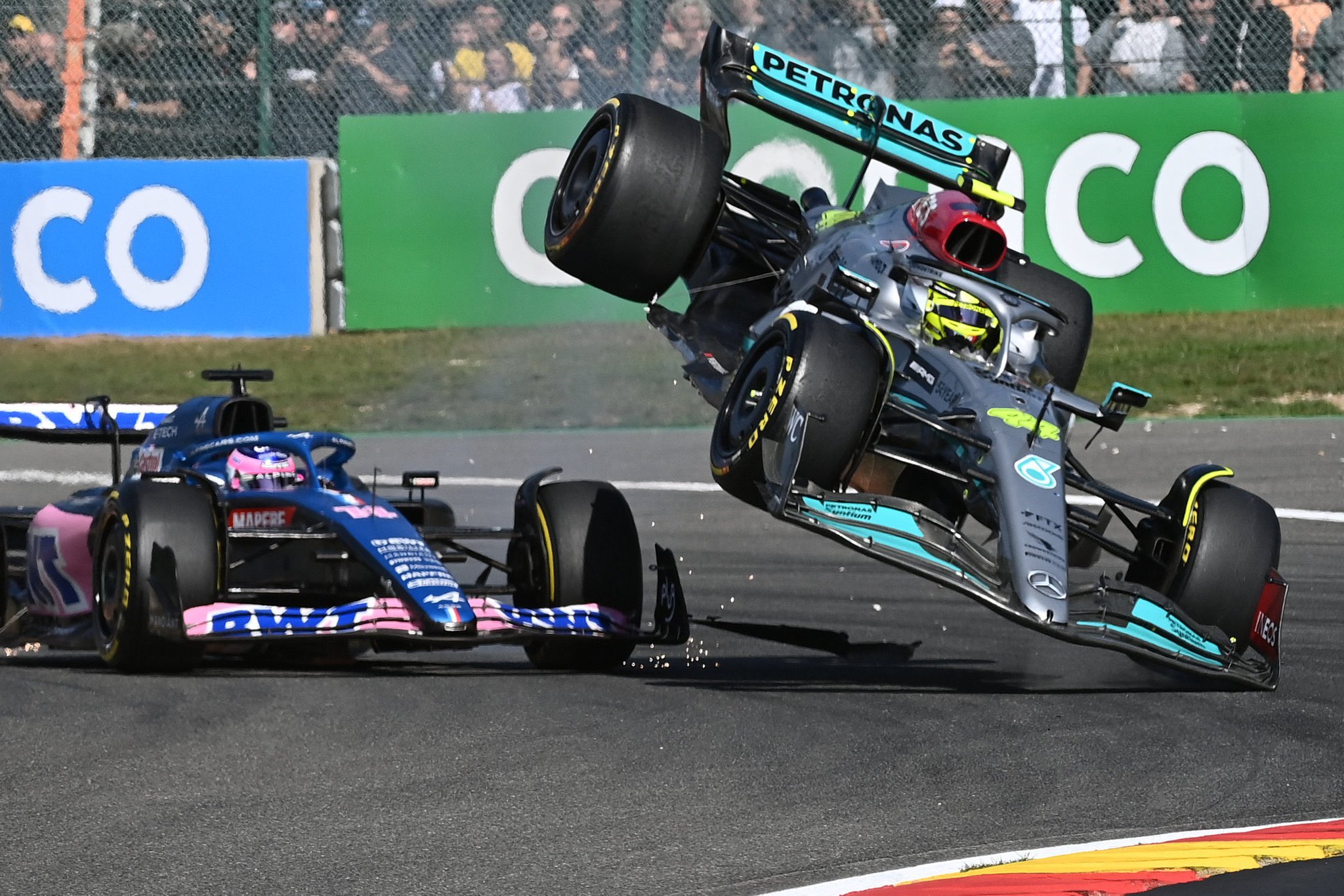 Race start was cautious by everyone, there was no incident. However, Lewis Hamilton and Alonso pair made contact into Les Combe. Alonso appeared to be fully over the inside kerb, but was pinched by the W13 as Hamilton’s rear-right clonked the Spaniard’s front-left tyre. That launched the Mercedes’ back axle into the air and although the seven-time champion initially rejoined, he was very slow and swiftly parked up with a loss of water pressure.

The yellow flags then morphed into a full safety car after Nicholas Latifi and Valtteri Bottas came to blows at the exit of the chicane, with the Alfa Romeo ending up in the gravel. As 14th-starting Ocon messed up the corner to run over the inside sausage kerb, it appeared to put Latifi off line as he ran wide and kissed the gravel to pitch the Williams into a spin and Bottas got hit and he had to retire. 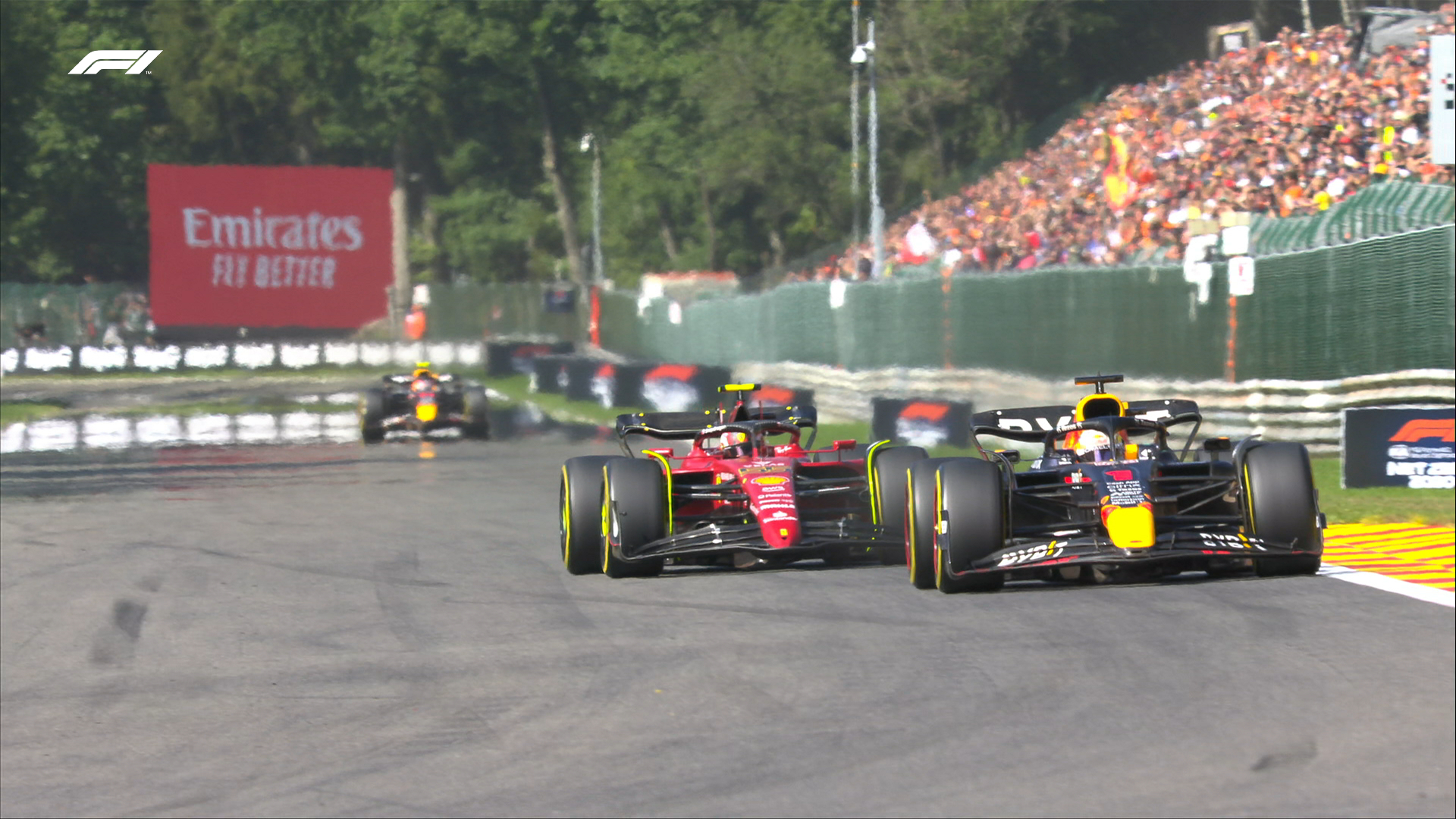 Sainz lost his initial 2.1s lead over Perez to the safety car as Russell slotted into third ahead of Alonso and a flying Sebastian Vettel, the retiring Aston Martin driver rising from ninth. Leclerc, meanwhile, was forced to pit at the end of lap three after a visor tear-off had lodged itself in his front-right brake duct.

As the safety car peeled in at the end of lap four, Sainz led a very slow restart and even locked up into the Bus Stop chicane but a fine exit kept him clear of Perez. Meanwhile, Verstappen was cruising ahead of everyone once DRS was enabled, passing 12 cars in 9 laps and soon behind his teammate. 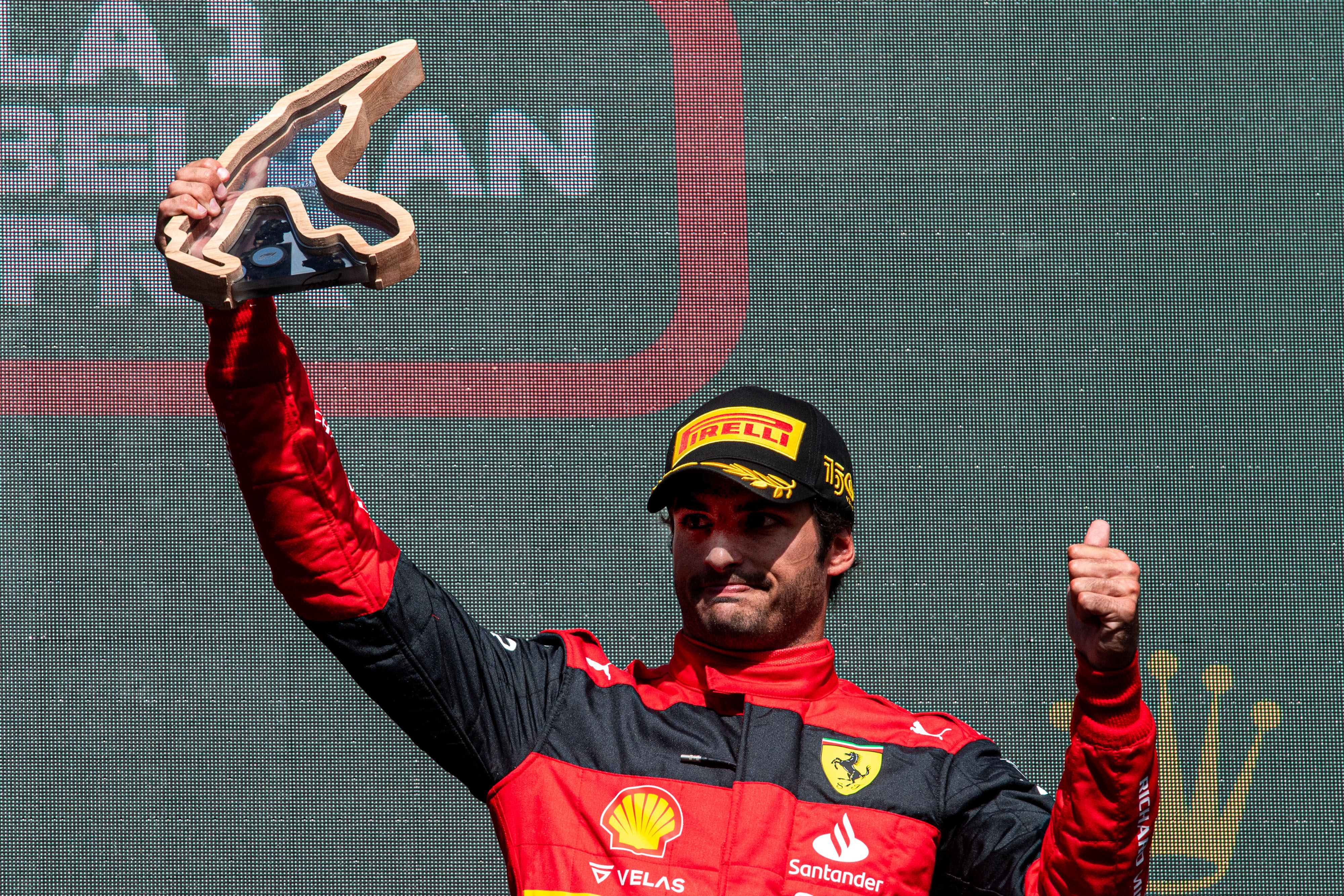 With Ferrari pitting Sainz for a set of mediums at the end of lap 11 before losing time rejoining behind Ricciardo, Verstappen’s initial ascent to first place had been completed. Red Bull pitted Perez at the end of lap 14 for another set of the yellow-walled tyres while Verstappen stayed out and continued to nurse his C4s.

With Perez effectively keeping Leclerc at bay as he rejoined, the Red Bull squeezing the Ferrari on the outside into Les Combes to the point where the pair made brief contact. Verstappen eventually came into the pits at the end of lap 15 as his levels of traction deteriorated, Red Bull swapping him into mediums to rejoin in front of Perez. That left Sainz with a 4.7s cushion to protect the win, the Ferrari’s mediums now four laps old. But Verstappen tore chunks out the gap and on lap 17 was on the F1-75’s rear. 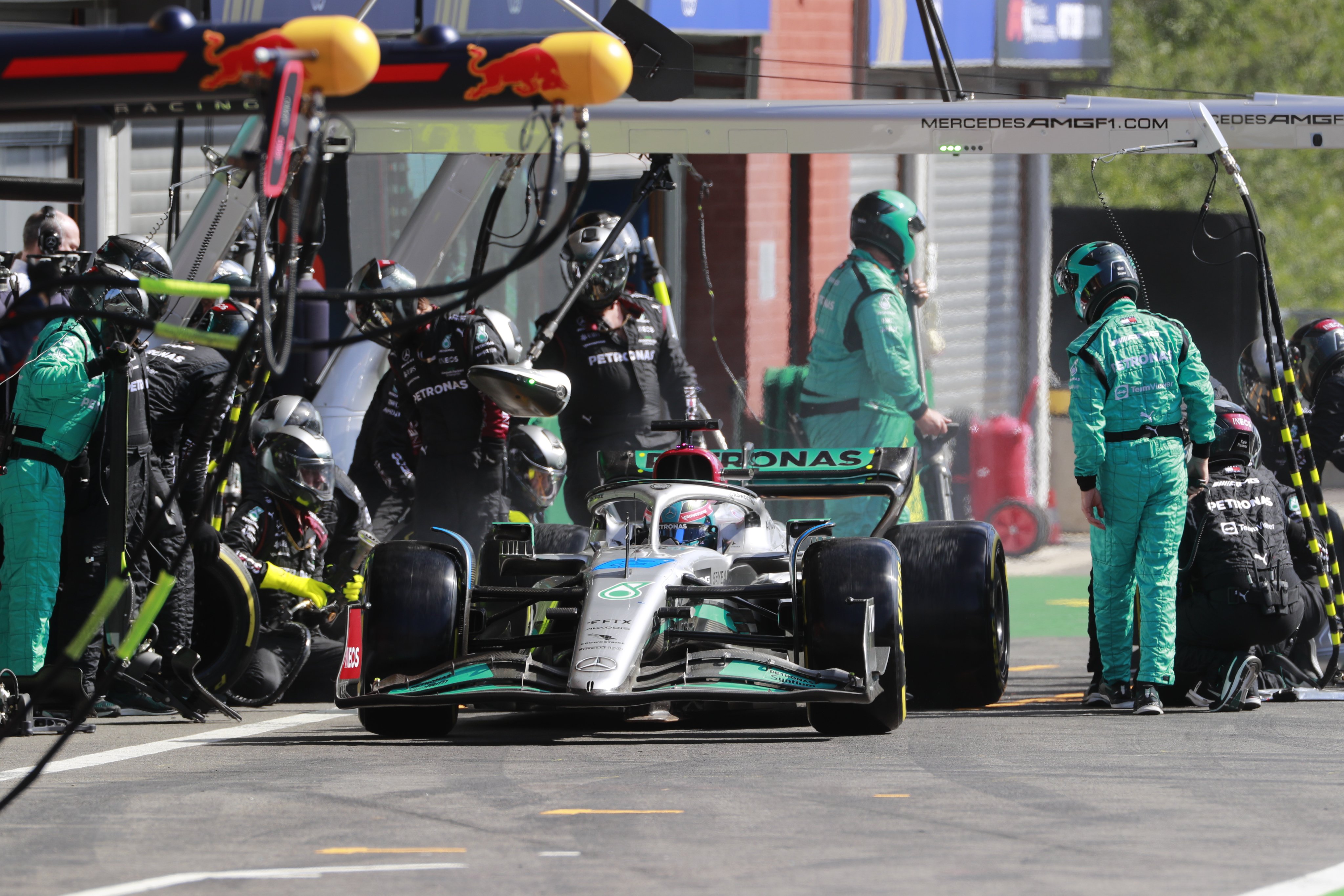 First place and eventual win would effectively be decided when Verstappen powered up Eau Rouge and used DRS to leap Sainz into Les Combes. Three laps later, Perez was right on the Ferrari as he powers around the outside for second place and a Red Bull 1-2.

Sainz would pit for his second stop on lap 25, switching to hards as Leclerc was moved onto mediums. Verstappen would make his final visit to the pits of lap 30 for mediums and returned with an 8s lead over Perez. Verstappen was able to cross the line with fastest lap to claim the spoils by 17.8s and edge closer to a 100-point lead. 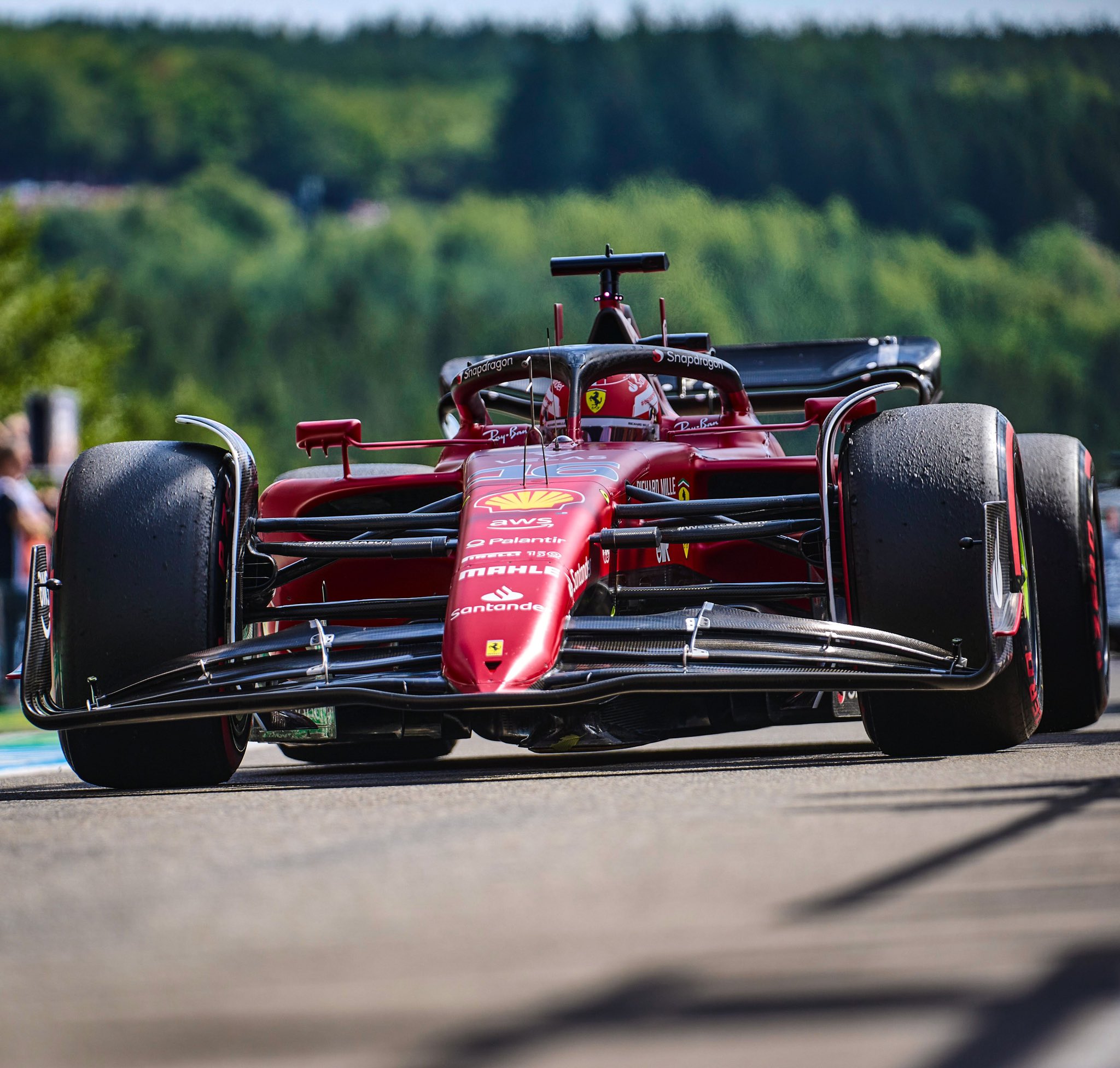 Leclerc was pitted on the penultimate lap for a switch to softs in a bid to nick the point for fastest lap off Verstappen. But on cool tyres, was released into the path of Alonso. The Alpine picked off the Ferrari for fifth, and while Leclerc recovered the place on the last lap, he missed the bonus point and was then knocked back to sixth after a 5s penalty for speeding in the pit lane.

Ocon crossed the line in seventh, helped by a glorious double overtake on the Kemmel Straight as he picked up a powerful tow from Sebastian Vettel and Pierre Gasly. Vettel, meanwhile, led the French driver as Williams’ Alex Albon completed the top 10. For much of the second half, Albon kept a train of cars at bay – the queue led by Lance Stroll and then Lando Norris, Yuki Tsunoda, Zhou Guanyu and Danuel Ricciardo. 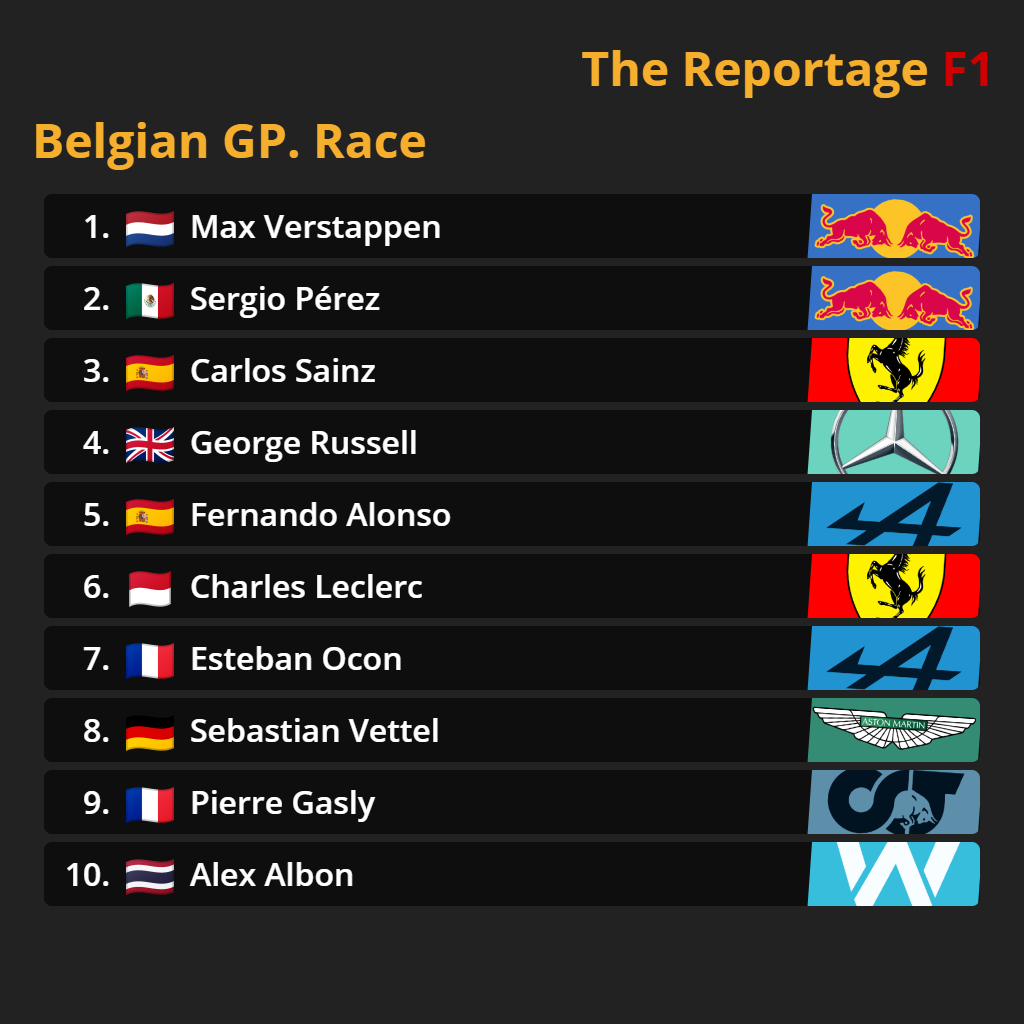 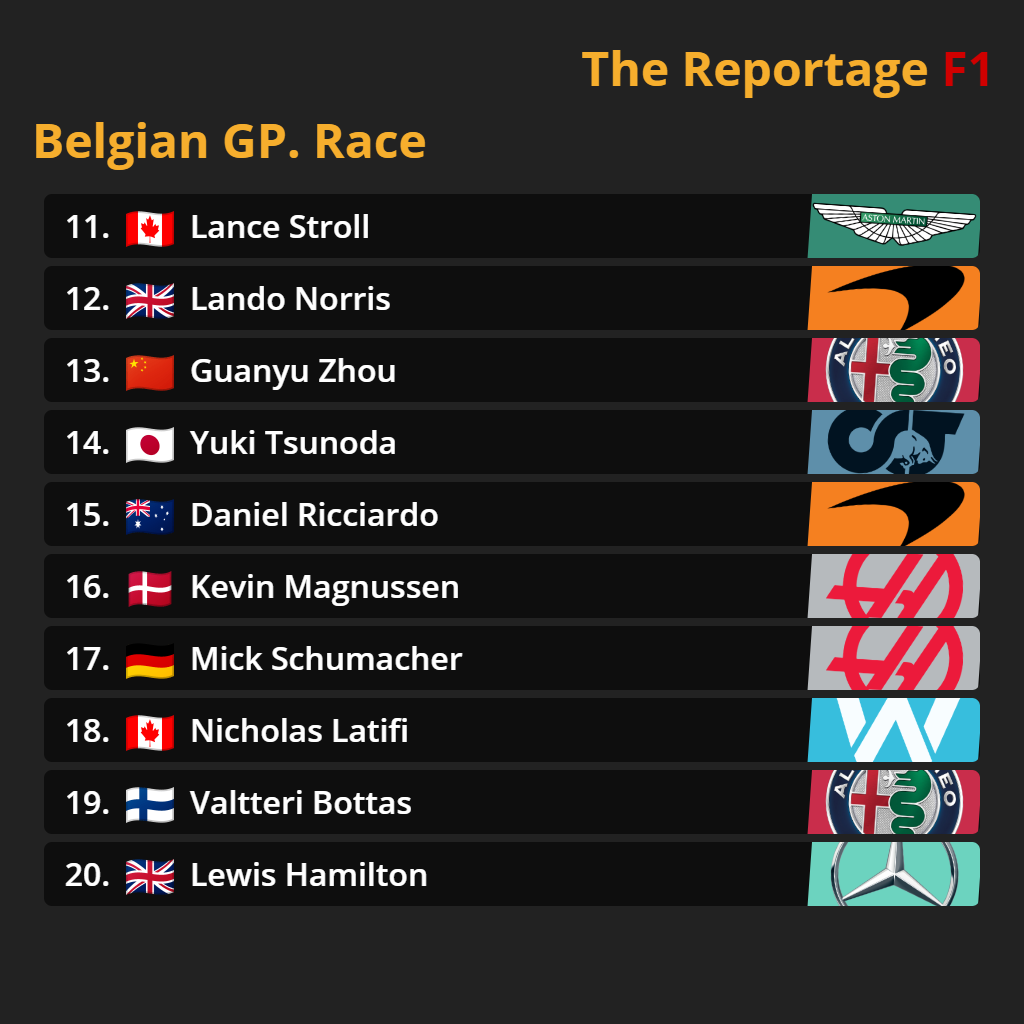