Max Verstappen won the home Dutch Grand Prix at Zandvoort on Sunday, his 10th victory of the season for Red Bull. 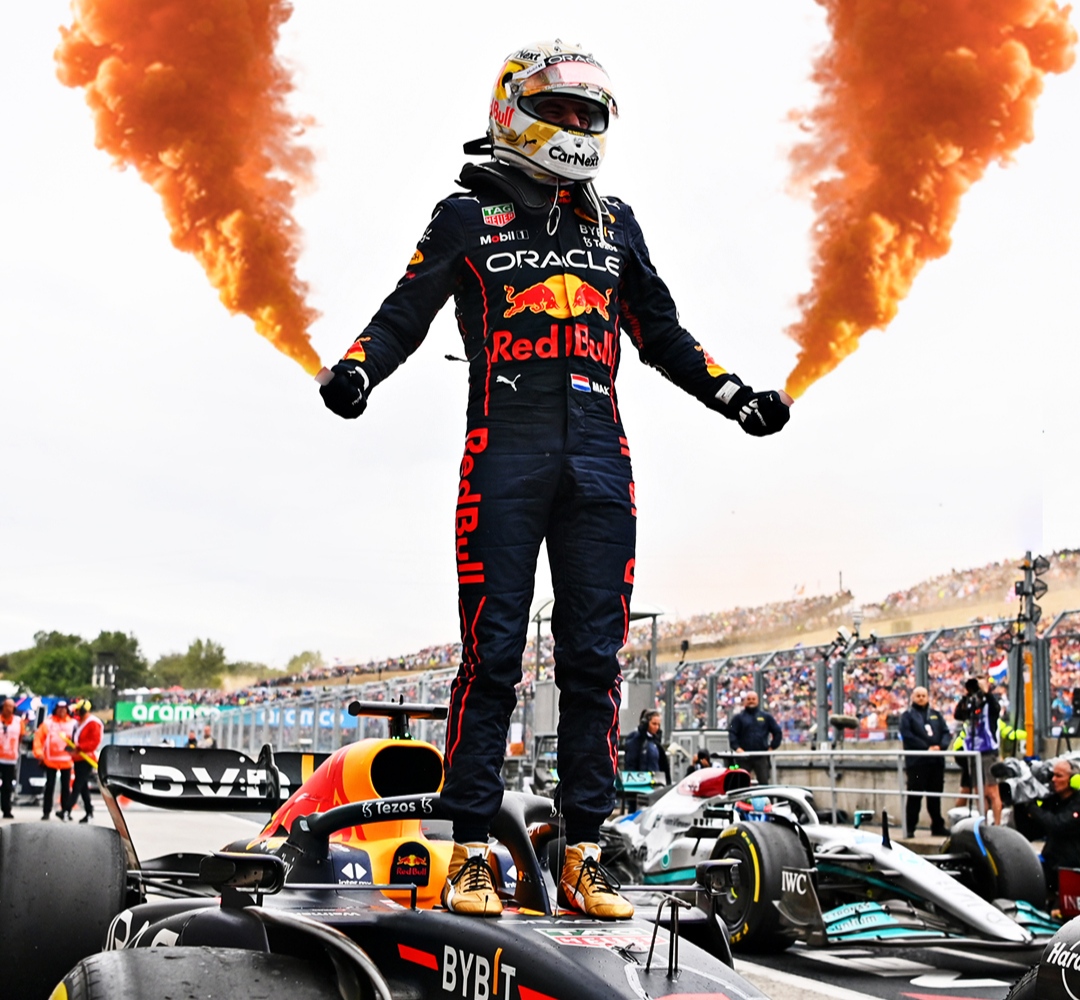 Verstappen led from pole, ahead of the Ferraris of Charles Leclerc and Carlos Sainz. They all started on soft tyres, whereas Mercedes duo Lewis Hamilton and George Russell opted for mediums from the start – which allowed them to jump on Ferrari with target of a one-stop strategy after switching to hards.

It was more of strategy game less of racing action since it is very hard track to pass on. But that strategy game was ruined by an odd-looking scenario with Alpha Tauri’s Yuki Tsunoda stopping on track twice, which gave Verstappen the advantage after a virtual safety car. But it was gone when Valtteri Bottas’s Alfa Romeo stopped and put out full safety car, everyone except Hamilton and Perez pitted for last 10 laps.

Hamilton retook the lead, but was at a tyre disadvantage to those behind, so Verstappen passed him right away at the restart. Russell passed an angry Hamilton for second on Lap 64, the two almost colliding at high speed on the start/finish straight. Leclerc also swooped past Hamilton to push him off the podium. 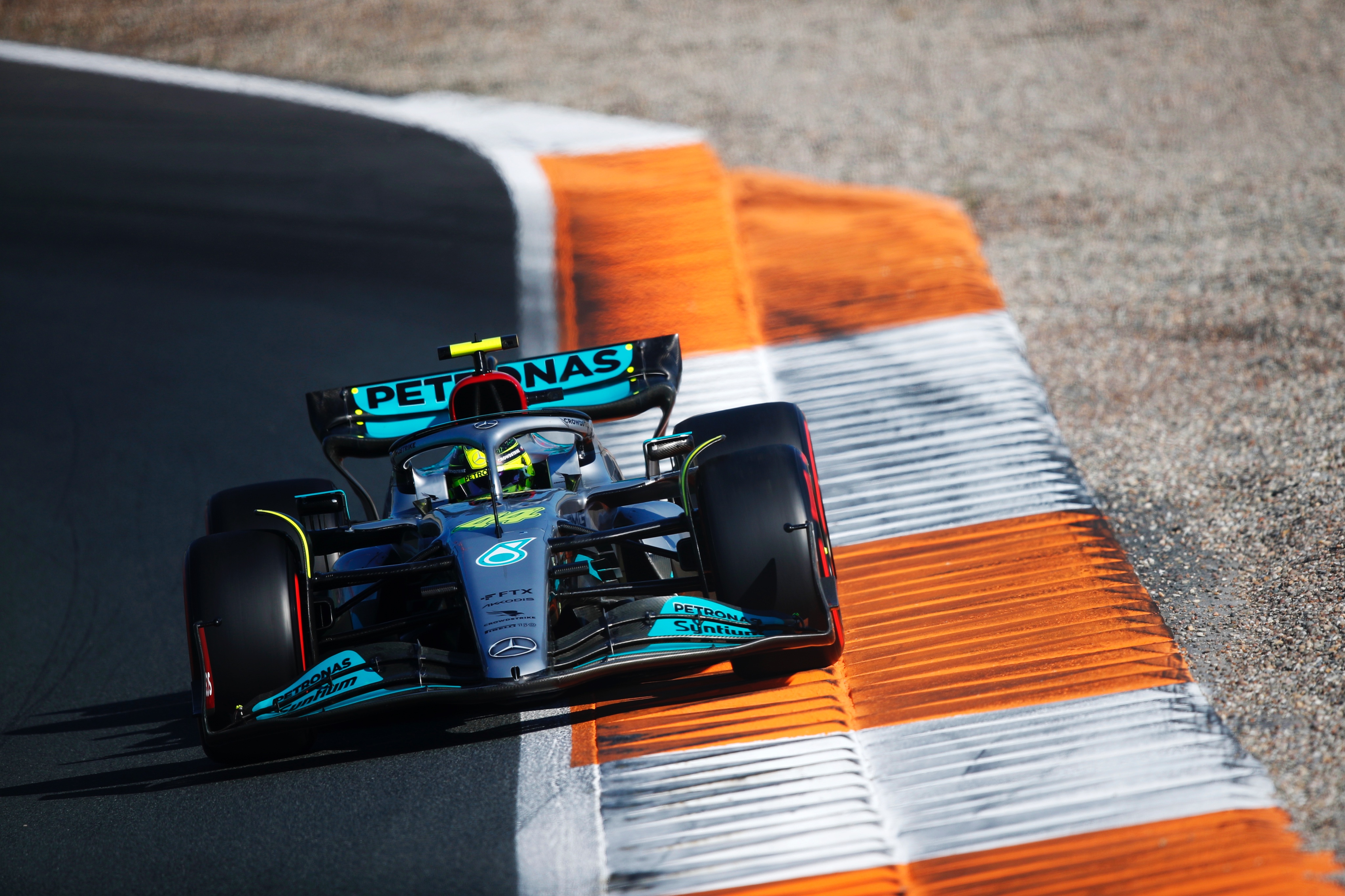 Sainz came under pressure from Perez for fifth but was also given a 5s time penalty for an unsafe release, Perez running wide across the gravel at Tarzan with a couple of laps to go.

Verstappen stroked home to win, ahead of Russell and Leclerc. Hamilton hung on to finish fourth, with Sainz losing fifth due to his penalty, which dropped him to eighth behind Perez, Alonso and Norris. 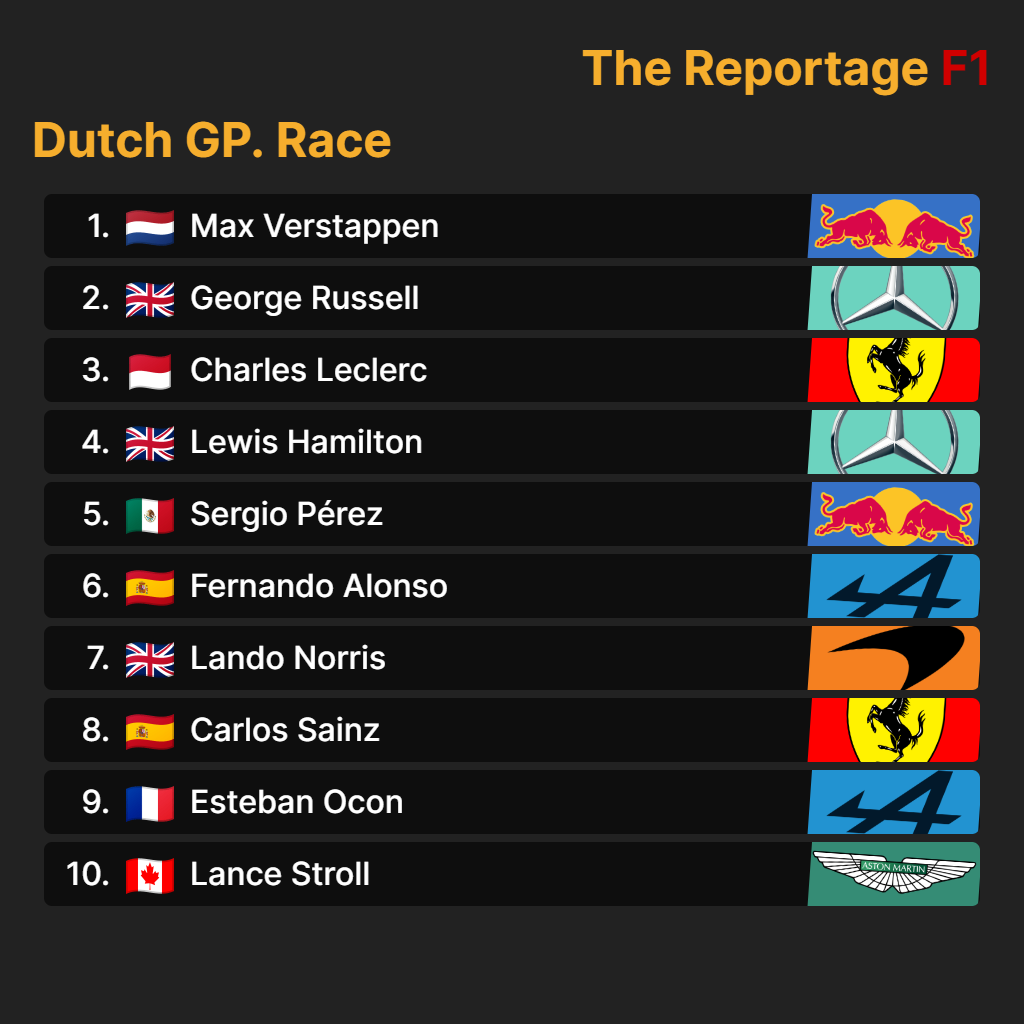 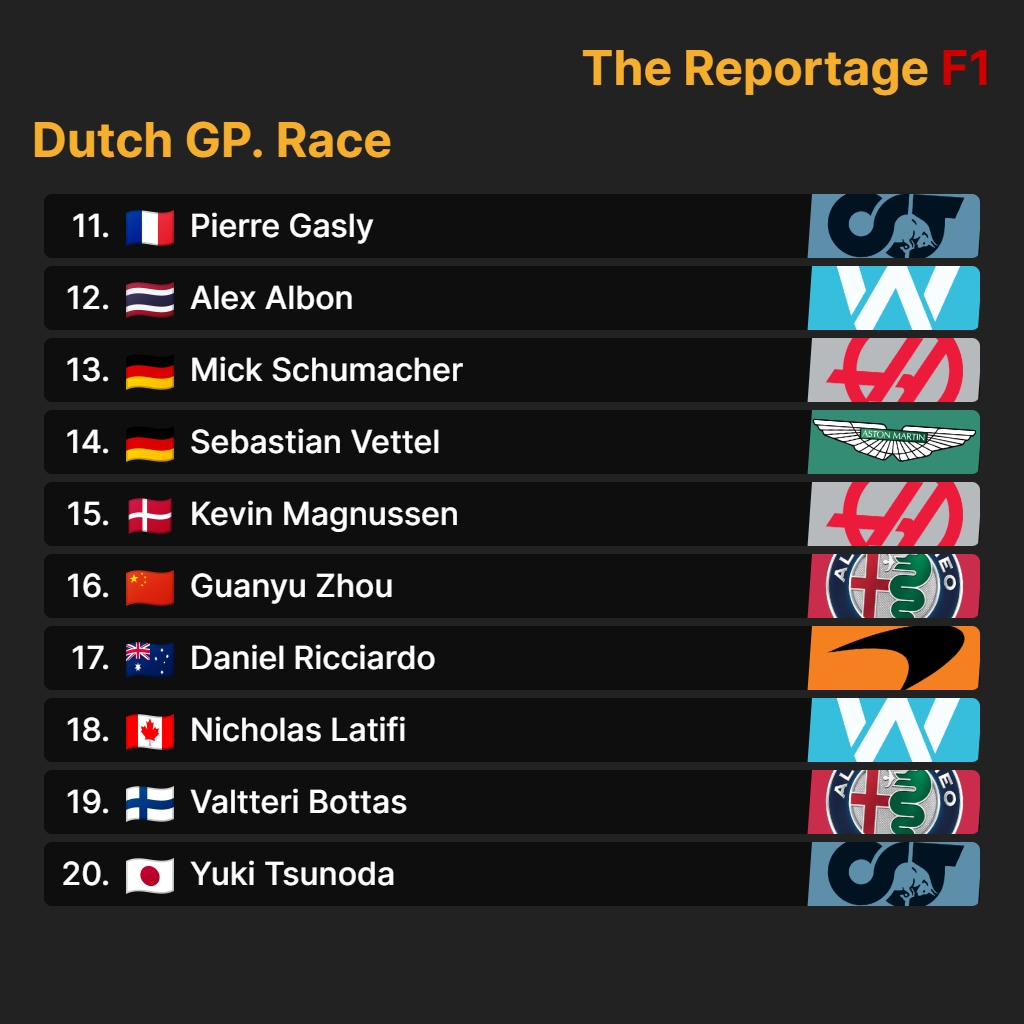