Was Hungary the worst weekend yet for Ferrari?

Ferrari went into the Hungarian GP 2nd and 3rd on the grid with their main rivals starting 10th snd 11th. Yet by the last lap, it was RedBull and Max Verstappen celebrating a win while starting from 10th 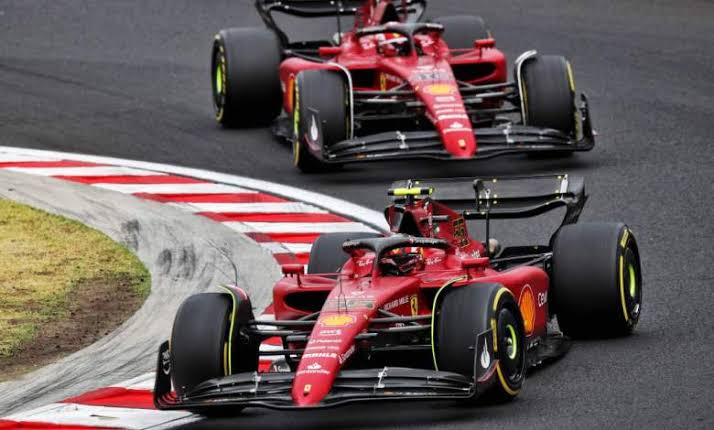 Ferrari went into the Hungarian Grand Prix second and third on the grid behind George Russell who had not won at all in Formula 1, and with the Red Bulls down in 10th and 11th.

Yet on the final lap, Red Bull was celebrating a victory with Max Verstappen and thanks mainly to a strategy that had no chance of being successful, Ferrari wasn’t even on the podium. Carlos Sainz down in 4th and championship contender Charles Leclerc 6th.

There have been plenty of bad moments for Ferrari in the 2022 F1 season as it’s gone from a commanding an early championship lead to the long-shot situation that it has now dragged itself into. Was this the messiest yet?

Leclerc must be so frustrated. All Ferrari fans must be, too. How has the team turned a race in which it had its cars 2nd and 3rd on the grid, with its main competitors 10th and 11th, on a track where overtaking is difficult into yet another defeat? And worse, without even getting one driver onto the podium?

The third stop from Leclerc was particularly appalling. It was effectively a public and quite embarrassing admission of strategic failure. Otherwise he’d have completed the stint on the hards.

Everyone can understand how the team feels like it’s under attack on strategy this year but this kind of race is why. And really it is just the latest questionably managed grand prix.

Compare this to Red Bull and Verstappen and you see how far Ferrari is from the necessary standard. Starting on the soft, and Verstappen’s use of it, was key.

He got himself into contention in the first stint, and made good use of smart, aggressive strategy calls from Red Bull to get ahead of other cars. He got ahead of Hamilton in the first round of stops, and Sainz/Russell in the second. That second undercut also put Verstappen in range of Leclerc.

OK, he spun, and made life harder for himself, but even with time for a spin he still passed Leclerc a second time and won anyway. It was as much a champion’s performance from Verstappen and Red Bull as it was an also-ran’s from Ferrari.

Its not getting any better:

Forget today specifically, what’s concerning is that Ferrari simply is not correcting its previous mistakes on strategy.

Today was a blindingly obvious example of Ferrari stupidly having failed to recognise the hards were not the tyre to be on. That was clear even before the race yet it seemed to come as a surprise.

One blunder in isolation can happen. But time and time again Ferrari makes significant strategic errors.

Mattia Binotto will defend the decisions, doubtless. But he needs to show some admission and make sure this is sharpened up and most importantly that Ferrari learns from its mistakes.

That doesn’t mean any scapegoating, simply a thorough and honest analysis of what things are going wrong and appropriate actions to correct.

IT WAS GOING all WRONG FROM THE FIRST STOP: 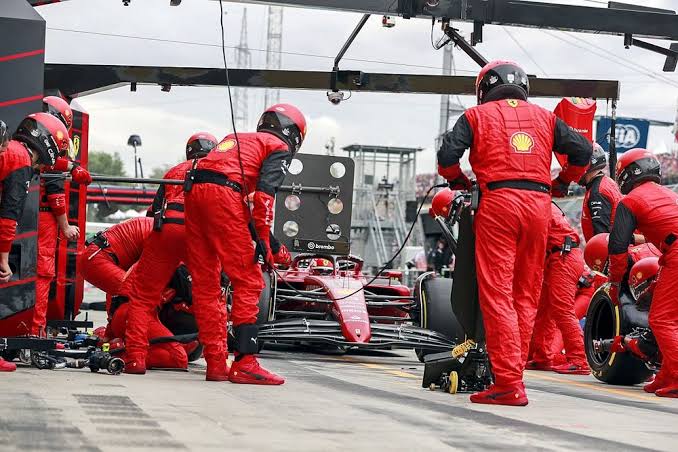 The minute Ferrari put more medium tyres on both its cars (on lap 17 for Sainz and lap 21 for Leclerc) at the first stops I thought ‘this is strange’.

Russell pitted on lap 16 and went from softs to mediums, which meant Mercedes immediately complied with the two compound rule. But it’s not just about that, Ferrari immediately publicised to everyone that it was on at least a two-stop strategy, which allowed the others to adapt their tyre usage to suit the fact Ferrari was stopping twice.

This early stop for Ferrari and going to mediums for the second stint meant it either had to run very long to be able to use the softs to the end or cross their fingers and go for the hards. That’s what it did to Leclerc to react to Verstappen’s second stop on lap 38 and in the end Ferrari suffered the consequences.

The way it went about it, Leclerc and Sainz were fighting with both ankles tied together.

Not the best day for the Ferrari strategy team. But then how often have we said that this year? 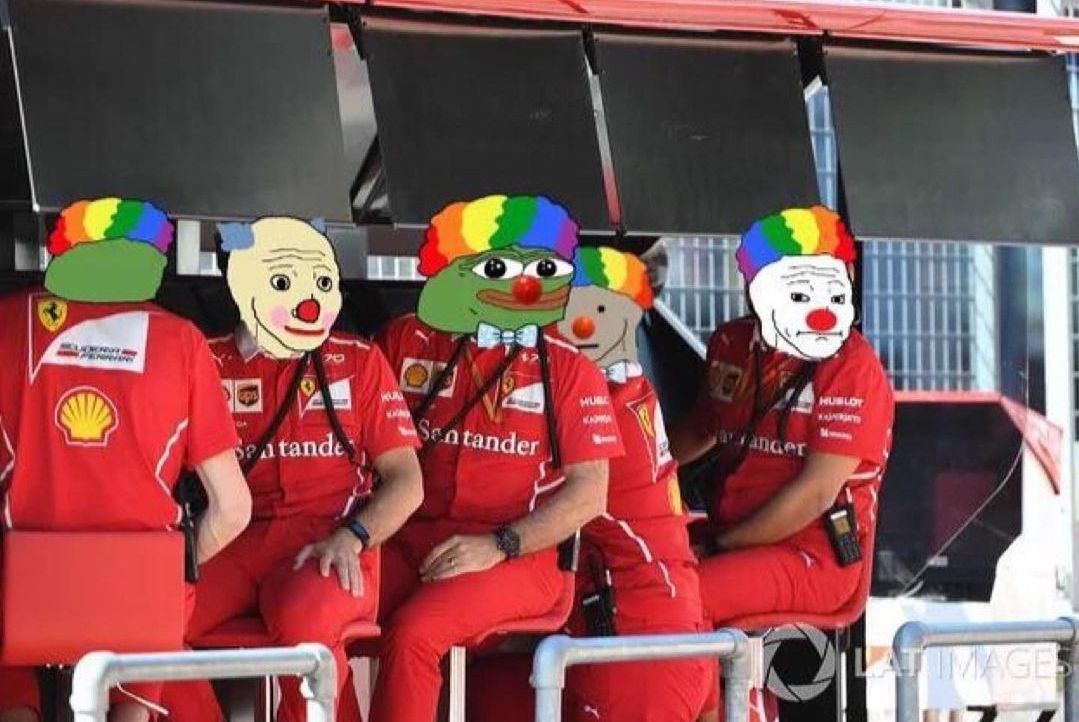 I had sympathy with Sainz’s claims at the French GP that Ferrari gets an unfair share of criticism for its strategical decisions.

But for me, the decision to fit hard tyres to Leclerc’s car was a horrible call that was obvious to anybody watching closely at home that it would fail.

We’d seen for plenty of laps that the Alpines and Haas cars fitting the hard tyres at their first pitstops was the wrong call.

The Alpines were swallowed by the Aston Martins and dropped well over a pitstop behind the lead McLaren of Lando Norris, so the evidence couldn’t have been clearer: avoid the hard tyres at all costs.

The fact other drivers such as the Haas duo were also struggling highlighted that this wasn’t an issue unique to Alpine or one that Ferrari would be immune to.

Even if that meant conceding the victory to Verstappen, second place was there for the taking for Leclerc, had Ferrari opted to prolong a medium stint that Leclerc was happy to keep extending.

So this time, there’s no doubt that Ferrari will deserve all of the criticism it faces over the summer break, and will continue to face if it keeps making decisions that its fans could instantly spot are going to fail from their couch.

FERRARI’S ACTUALLY DONE WORSE THAN THIS: 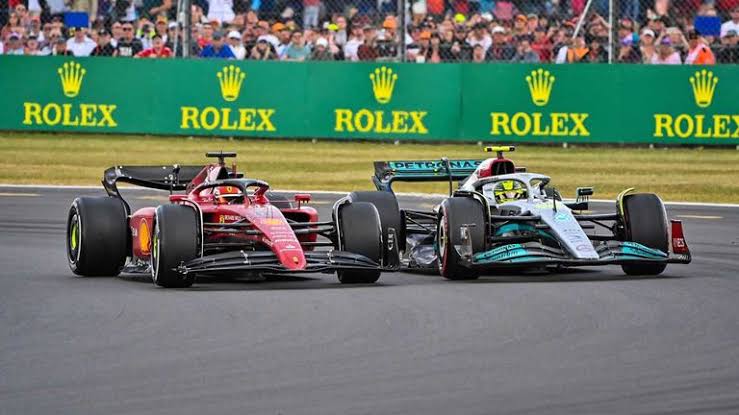 In a way, Silverstone still feels worse because Silverstone was a prime title fight opportunity thrown straight into the garbage by a team that simply did not have its priorities in order, whereas the Hungaroring was simply another defeat of a team that has already long lost.

Leclerc has been Ferrari’s quicker driver on the balance of the season, and this has been obvious from very early on. Sainz has unquestionably closed the gap but he did not do it quickly enough for a truly ruthless, title-hungry team to waver in backing Leclerc over him. And, whatever the end result, it seemed pretty clear that Leclerc was again quicker than his teammate today.

Yes, Ferrari got it wrong with his strategy and botched a key Sainz pitstop so in that sense this is worse than Silverstone, where it at least got one car to the top spot.

But in terms of the optics, the stakes, this will not be the defining moment in the title race, and Leclerc’s Paul Ricard shunt shouldn’t be either.

It was all over at Silverstone.

Everyone EXPECTs FERRARI TO FIND A new WAY TO LOSE each time: 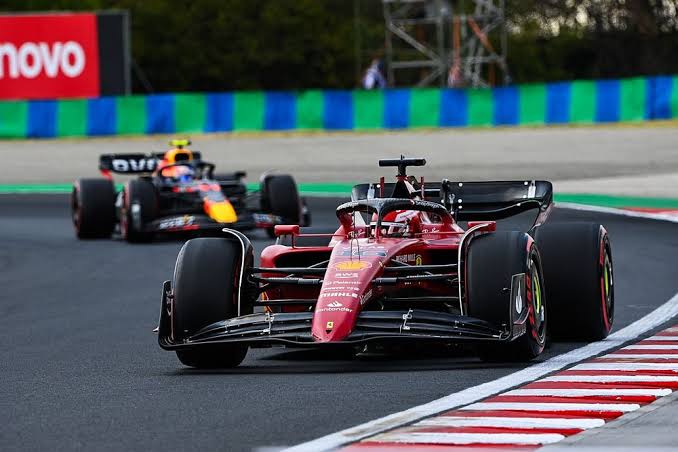 The consistency with which Ferrari is making errors, it should have seemed inevitable pre-race that it would allow its main rival to win from 10th on the grid while it managed to miss the podium altogether.

That might be a silly comment to make, but these errors are becoming painful to watch. There’s nine races still to go, too.

Ferrari already had evidence that the overcut and extended stint was possible, it’s what got Leclerc ahead of Sainz after the first stint and in position to make his amazing overtake on Russell for the lead. But it ended up being reactive to Verstappen’s stop and that smacked of a panicked move, so it’s little surprise what the end result was when Leclerc was moved onto hard tyres.

It was the latest sign that the 2022 title is only heading in one direction, another painful reality considering how fast the SF-75 is. The summer break seems too short an amount of time for Ferrari to get its house properly in order, but it must do so for 2023.