What do you need to know before race in Bahrain?

The first emotions from the viewed qualification and what do we need to pay attention to? 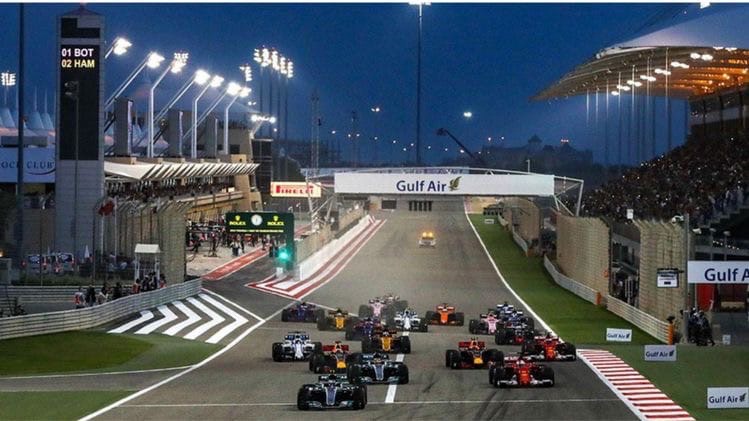 Formula 1 has finally begun, which means the intrigue has finally returned, who will win the championship this year? Qualifying for the Bahrain Grand Prix turned out to be unexpected in terms of results, but initially let's remember how the fight ended last year and who the audience should pay attention to this season.

Last season the championship was won by Max Verstappen - the most talented driver according to Jenson Button and even an example for many drivers to follow. Despite the great difficulties encountered in the fight with seven-time Formula 1 champion Lewis Hamilton, Verstappen was able to snatch the title and become almost the most unexpected champion. But the season for Max himself didn’t start very positively, as he lost pole in the first qualifying to the Ferrari driver, namely, Charles Leclerc.

«In qualifying, everything did not work out exactly as I wanted. In the second session everything went well, but in the final there were problems with the balance. Nevertheless, everything is fine. We have a good car – in the end, this is the main thing. Overall a successful day. A positive beginning of a new era» - Max Verstappen

The gap between their times is quite small, only +0.123, but after such results of the Ferrari team, it is worth paying tribute to them that they were finally able to build a car that managed to compete for pole in the first qualifying of the season.

«I am very glad! The previous two years were incredibly difficult for our team, and we hoped that now we would get the opportunity to return to the leadership group. I think the whole team did a great job, doing everything so that we could fight for higher positions» - Charles Lecrelc

Another Ferrari driver, Carlos Sainz, was also very close to Leclerc’s time of +0.129, showing his incredible talent and Ferari's speed this year. P3 for him today.

«Throughout the weekend, I lost more than five tenths to Charles, so I'm glad that I was able to compete for pole. In the final attempt, I failed to win back another tenth, which is a shame, but at the same time I think Charles deserved the pole, because he was ahead of me all weekend and did a great job» - Carlos Sainz

Of the unexpected surprises, it is worth noting Mercedes. Lewis Hamilton and the new driver who moved from Williams, George Russell, surprised the audience, but not with speed, but with their positions. 6th and 9th place respectively for the fastest Formula 1 team for many years. Will they be able to show their speed today?

«I can't say that I feel relieved – I am very happy with the qualification after what positions we occupied yesterday and how many problems we had with the car – piloting it was a real nightmare. But we focused on the work, and I'm proud of everyone in the team – they kept a positive attitude, and in the end I qualified fifth. Ferrari and Red Bull Racing are in their league, but I'm happy with my result. This is not the first row of the starting grid, but we will give our all in the race» - Lewis Hamilton

«We take one step forward and two steps back: the team progresses, but then the problems come back. All this is difficult, because you have to solve the main problems, and not understand the details and configure everything. But everything is as it is. We know that we will soon be able to fight for wins again – and we are doing everything possible for this» - George Russell.

Also, in a bad way, the fans were surprised by the McLaren team, which showed great hopes for fighting with the leaders last season. Recall that the McLaren team with drivers Lando Norris and Daniel Ricciardo became the only team to win first and second place with their drivers in Monza.

Last season was not the best for Daniel Ricciardo. Having consistently lost to his teammate throughout the season, he was named the most unexpected surprise according to a large number of sources and team leaders. In yesterday's qualifying, he took 18th place, again losing to his teammate Lando Norris, who took 13th place. However, we will return to this team later.

And finally, out of the unexpected, it is worth noting the Haas team, which was finally able to build a fast car, which even managed to compete with the average group in yesterday's qualifying. Drivers Kevin Magnussen and Mick Schumacher won 7th and 12th place respectively, surprising even themselves and other team leaders. Will they be able to compete for high points today?